Editor: Tell us about your practice as a lawyer and your subsequent history with the Delaware Supreme Court and the Court of Chancery.

Jacobs: I started with a small but up-and-coming Delaware law firm in 1968. I was its 11th lawyer and was an associate, and later a partner, and practiced there for 17 years. That firm now is either the third or fourth largest in the state. In 1985, I was appointed to the Court of Chancery, where I served until July of 2003, when I was appointed to the Delaware Supreme Court, which is Delaware’s appellate court of last resort. Somewhat unique to Delaware, that is the court to which our three major trial courts can take an appeal directly because Delaware is too small to need an intermediate appellate court.

Beginning in 1985, many iconic corporate cases were decided, including Moran v. Household, Unocal and Revlon. Those and other cases had a transformative effect on Delaware corporate law. Many of those cases arose in the context of expedited takeover litigation. I happened to arrive at the Court of Chancery at a propitious time. Not only did that enable me to play a role in the development of corporate law at the ground level, but also it afforded me the opportunity to serve with some very able people including Bill Allen, who was Chancellor; Andrew Moore, who was on the Supreme Court; and later Bill Chandler, Steve Lamb and of course Leo Strine, who was most recently appointed Chief Justice of Delaware.

For me, appointment to the Supreme Court was a major change. Before that I specialized in business law cases, equity cases that involved trusts and estates, commercial contract and breach of fiduciary duty cases, but no jury trials, no criminal cases and no cases with a principal focus on family law. Beginning in 2003, I began hearing appeals in these (for me) new areas. During that time period, there was also significant development in several areas of Delaware law, most notably corporate law. It was sheer luck on my part that the timing was such that I was able to play a role in that legal development as well. All in all, it has been a wonderful experience for me, and it is a privilege to be where I now am.

I will be stepping down from the Delaware Supreme Court in late June. I don’t believe that judges should occupy these positions for too long, and, in my case, the time has come to move on to the next phase of my life.

Editor: There have been some recent departures from the Delaware courts, and perhaps that represents the highest turnover rate in the history of Delaware. Is there any real significance to that?

Jacobs: I don’t think so. Turnover is inevitable. We have 12-year terms, and some judges step down after one term, although their reappointment is guaranteed if they want to stay on. Bill Allen served for only one term, ending in 1997, and Steve Lamb did the same, stepping down in 2009. Bill Chandler stepped down three years ago after serving 24 years, when he was still a relatively young man. Norman Veasey also served only one term as Chief Justice.

Editor: After retiring, Norm wrote a great book on legal issues of importance to corporate counsel.

Jacobs: It is a great book. It was a privilege to be able to serve as Norm Veasey’s colleague even though it was only for a little over a year. Most of my personal tenure on the Supreme Court has been under the chief justiceship of Myron Steele, who was a wonderful Chief Justice.

Editor: I loved Myron’s emails because there was always a memorable quote in them.

Jacobs: He knows how to make quotable quotes, and he does it effortlessly. For some of us, we have to work at it. All of us on the current Supreme Court, including Myron, have served as judges for more than 24 years. I’m getting close to my 29th-year anniversary as a judge. In Delaware, a judicial pension “maxes out” after 24 years. If a judge stays on beyond that (as I and most of the current Delaware Supreme Court have), he or she is basically working for one-quarter of his or her salary. All but one of us are in our 60s, and I will be turning 72, so it was inevitable, in the natural course of things, that there would start to be a turnover.

Editor: One of the things we’ve seen is increased diversity in the courts.

Editor: Corporations have become very concerned about the costs of e-discovery.

Jacobs: E-discovery is a problem that has come to plague all American judicial systems – particularly the federal courts. However, civil rules committees both at the federal and state levels are crafting solutions so everybody will know what the rules are and will be able to follow them, hopefully at a tolerable level of expense. That will permit the destruction of unneeded documents without fear of being charged with spoliation.

Editor: I think it’s very comforting for corporate counsel to have a court in Delaware that articulates so clearly rules that affect courts throughout the country relating to corporate governance. Delaware decisions have become guidelines for many other states.

Jacobs: That’s much appreciated. It is, however, a mixed blessing. The world is not a place where all the ribbons are always tied together nicely. Yes, it is true that Delaware gets its fair share of corporate litigation. Delaware has had a unique opportunity to fashion the internal law governing Delaware corporations, and that has a significant cross-border impact because so many Delaware corporations are publicly held and operate outside of Delaware.

Courts can only act when there is a lawsuit. Somebody has to file that lawsuit and raise an issue that a court can decide. More frequently now, lawsuits are being filed, not only in Delaware but also in other jurisdictions, in those cases where a corporate transaction is being attacked, such as a merger or a contested change of control. Under the applicable choice of law rules, the courts of other states are expected to apply the law of the state of incorporation. That normally occurs, but not always, and the concern is that courts of other states may not be applying Delaware law in the same way that a Delaware court would apply Delaware law. I suspect when Delaware courts are asked to apply the law of some other state, there are similar concerns that we too may not get it right all the time.

One solution to this problem is found in our state constitution, which allows our Supreme Court to certify pivotal issues arising under another state’s law to the highest court of that state. The Delaware Supreme Court can also accept certifications from U.S. district courts, U.S. courts of appeal, the highest courts of any state, the SEC and the federal bankruptcy courts. Other ways of addressing this are still at an experimental, evolutionary stage. A recent decision by our chancery court in the MacAndrews & Forbes case held that a lawsuit charging the directors or officers of a Delaware corporation with breach of their fiduciary duties must be brought in Delaware. The Delaware Supreme Court has not yet spoken on that issue.

Editor: I was concerned when I read that the U.S. Supreme Court has placed in limbo the ability of Delaware courts to provide arbitration services. How do you feel about that?

Jacobs: It is unfortunate that the U.S. Supreme Court did not accept certiorari, for a couple of reasons. One is that the issue of arbitration versus litigation reflects a phenomenon that has worldwide dispute resolution implications. Despite the way the Delaware case came out, it still remains unclear whether a state court can make its judges available, in some circumstances, to act as arbitrators. The Third Circuit ruled that the Delaware approach was a violation of the Constitution, but the 2-to-1 vote by that court is a fairly weak precedent. It would be helpful for both Delaware and the court systems of all the states to know one way or the other, from the highest court of the land, whether or not they can do what Delaware has attempted to do (although unsuccessfully).

Editor: There are some recent Delaware cases that were very helpful in terms of providing a sense of how to construct a deal. I thought Kahn v. M&F Worldwide Corp. was very interesting in terms of articulating just exactly what had to be done to assure fairness in going private.

Jacobs: For the benefit of the corporate lawyers who structure these deals, there is now some definitive guidance. Will it solve all the problems? Will all the difficulties go away? Not really. Nevertheless, after many years of uncertainty, it is good to see some progress being made. Kahn is a good example of how Delaware courts can provide needed guidelines about ways that a particular form of transaction can be approved without excessive judicial intrusion.

Editor: Another case that also seems to have clarified the law was Martinez v. E.I. DuPont de Nemours & Co. Inc.

Jacobs: Yes. Forum non conveniens is a doctrine that has been around a long time. In the federal system, the courts have some control over where competing lawsuits can be administered, but in the state system, there is no central mechanism. The states don’t have the equivalent of a Federal Panel on Multidistrict Litigation. Forum non conveniens is one doctrinal tool that the state courts can use to try to solve the multiforum problem. Martinez was a particular application of that doctrinal tool. The case did give the Supreme Court an opportunity to try to clarify the law of forum non conveniens, as to which questions have been raised over the past several years. 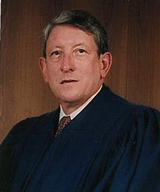 Lessen the Tax Bite When Selling a Business: Strategies to maximize cash out and avoid raising red flags with the IRS

When a business is sold, both the buyer and the seller endeavor to walk away with as much cash on hand as possible. The seller hopes to reap the rewards of years of hard work; the buyer hopes to secure enough cash to keep building the business. But often, lurking tax liabilities can get in the way...

Delaware recently enacted legislation that will make substantial changes to how arbitration of business disputes may be conducted. The Delaware Rapid Arbitration Act (the “DRAA”), 10 Del. C. Ch. 58, addresses the major issues currently occurring in how business disputes are arbitrated...

SEE ALL ARTICLES ON Delaware