Is Legal Marijuana Headed for the Garden State?

CCBJ: Your firm, Sills Cummis & Gross, has been active in the cannabis industry since 2015. Can you tell me about your team and what you do for clients in the industry?

Robert Schiappacasse: Our cannabis practice group has been involved in a broad spectrum of transactions in the industry, including financing, acquisitions, leases and employment-related matters. Members of our practice group are also active on the legislative and policy side. I am the co-chair of the Cannabis Committee for the Business Law Section of the New Jersey State Bar Association, and one of my partners is the general counsel for the New Jersey Cannabis Industry Association. Our team includes regulatory lawyers, litigators, corporate transactional attorneys, real estate attorneys and employment attorneys. The cannabis industry is a regulated industry, but it’s unlike other regulated industries because it remains illegal under federal law. There are nuances that don’t exist in other regulated industries. So, first and foremost, our approach is to really understand the industry and its regulations so that we can advise clients on how to remain in compliance but also how best to maximize the protections and benefits those regulations may yield.

What are the key drivers currently leading New Jersey to consider legalizing marijuana?

There are several key drivers. One is the social justice component. There are proponents of marijuana legalization who believe that it will bring about more equality in terms of the enforcement of drug laws here in New Jersey. Another is the potential tax revenue that the industry would generate. A third significant factor is the political component. With Governor Murphy having made marijuana legalization a very public political priority, there is a lot riding on his ability to get this legislation passed.

Who are the main stakeholders in the state’s effort to legalize marijuana?

As noted above, Governor Murphy has staked a significant amount of political capital on legalizing marijuana. I believe the current medical marijuana license holders, of which there are now 12, are also major stakeholders, as they will be able to most easily transition into the recreational market given their existing foundation in the medical market. There are also many citizens of New Jersey who see this as a pathway to having a prior drug conviction expunged and thus an opportunity to rid themselves of all of the hardship that comes with having that on their record.

How are you advising investors as they consider expanding their portfolios to include this industry?

We try to give clients considering investment in this space a mix of practical business advice and conservative legal advice. We are very conscious of remembering that we are lawyers, and we do not allow ourselves, or our clients, to lose sight of the fact that cannabis remains illegal under the Controlled Substances Act of 1970. As such, its production, distribution and use remains illegal. So, for example, a client who is considering leasing a warehouse to a cannabis business must be clearly advised of the risks, such as forfeiture of that asset for violating the Controlled Substances Act. We try to provide this conservative legal advice, making sure that the client is aware of the continued illegality at the federal level and the risks that come with that. On the other hand, this is an industry that is providing opportunity to many people at different levels, and clients who are looking to invest in it don’t only want to hear the risks, they want us to assess those risks and see if there are ways to mitigate them. They want some practical business advice. So we try to balance that conservative legal advice with sound, practical business advice to let clients know where there are opportunities, and how to manage the risks.

What are some of the key issues facing growers and retailers in New Jersey?

Although they’re clearly different business lines, retail operations and grow operations do share some of the same concerns. Primarily, local support, both from the local government and the communities at large, will be a major issue. The cannabis industry has been alive and active in states out west for the better part of 30 years. But here in New Jersey, it’s quite the opposite. Our government officials at the state and local level, and our citizens in their various municipalities, are really getting their first look at this industry. Even though we have had a medical marijuana program here in New Jersey, it was quite restrictive and virtually stagnant. Now, all at once, the Murphy administration has reinvigorated the medical marijuana program and put it at the forefront of our consciousness while simultaneously trying to legalize recreational marijuana. Some local governments and communities may not be ready for this. We’ve already seen a number of local governments indicate that they will not allow these businesses in their municipalities. Growers and retailers are going to have challenges making sure they have local government and community support in the municipalities where they want to operate.

How do you expect the legalization of marijuana to impact employers in New Jersey and surrounding areas?

It’s going to be very challenging for employers who want to restrict the use of cannabis at the job site. How do you craft these policies to be consistent with the current law while also providing employers with the protections they need? Those challenges become even more prevalent when you consider the impact of edibles and other means of delivering cannabis which may be virtually undetectable by the senses of those monitoring usage. Without the technology or standards to measure use and determine how much is at a level which creates impairment, it may be difficult to police and monitor. 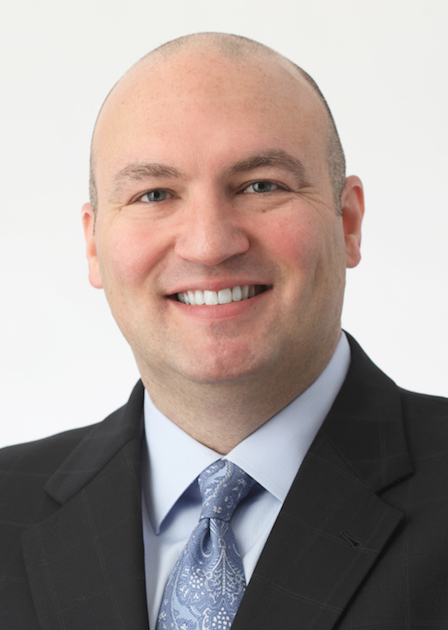