The High Price of Healthcare Fraud Likely to Keep Getting Higher

In the 2015 Health and Human Services OIG work plan, CMS (Centers for Medicare & Medicaid Services) has provided specific areas that they believe warrant additional government attention and, therefore, are believed to be more likely to be subject to fraud and abuse allegations. In addition, certain areas of contracting between various providers of healthcare services are also receiving additional attention both from direct government inquiries as well as qui tam cases. The qui tam cases are being brought both by organizational insiders as well as patients and patient advocates who believe the healthcare system is being abused.

The False Claims Act is the legislation that provides the government’s primary cause for pursuing healthcare fraud, especially in qui tam cases. In essentially all qui tam cases, the government alleges that a submission requesting payment by a government entity has false or false and misleading statements included in the submission. According to a study published by taxpayers against fraud, there were 417 qui tam cases in 2011 and an additional 412 cases recorded in 2012. The current information makes it clear that this number is growing annually. Because the Medicare incentive reward program allows CMS to pay whistleblowers up to 10 percent of the amount recovered in a qui tam case, it is clear that individuals have recognized the potential for personal profit, especially when they are disgruntled employees or those who have lodged internal complaints within their organization which the complainant believes have not been addressed, or not adequately addressed.

Among the cases that have recently made the news is United States ex rel. Drakeford v. Tuomey,[1] upholding the judgment in excess of $237 million against Tuomey Healthcare System. The decision cited that the physicians were eligible for bonuses calculated up to 80 percent of the amount of their collections for the year in question. The contracts were particularly long term (10 years) and required the physicians to exclusively perform outpatient surgical procedures at the hospital. The physicians were further barred from owning any interest in a competing facility for ambulatory surgery services. Toumey’s inability to reach a similar agreement with Dr. Michael Drakeford, an orthopedic surgeon, appears to have led to the ultimate qui tam filing. Intriguingly, the jury in the second Toumey trial found that the hospital had submitted 21,730 false claims to Medicare with a total value of $79,313,065. The district court, in accordance with the FCA (31 U.S.C. §3729(a)(i)), trebled the damages resulting in a judgment of $237,454,195. In July 2015, a federal appeals court upheld the original judgment amount against Toumey.

Clearly the message here is that the courts will look at the economic issues, including the entirety of the economic relationship of the physician practice, and the relationship with the hospital system, including the underlying discussions in determining whether or not the False Claims Act may have been violated. In Tuomey, the jury found the violation of the False Claims Act in spite of Tuomey having had some consultations both with legal counsel and with an outside healthcare consultant.

Fair market value is a term that has been consistently applied, both within the healthcare environment as well as more broadly in the business valuation context. The definition of fair market value generally is viewed to go back to Revenue Ruling 59-60 promulgated by the Internal Revenue Service in 1959. Revenue Ruling 59-60 states that fair market value will generally be considered to be the price at which the property would change hands between a willing buyer and a willing seller when the former is not under any compulsion to buy and the latter is not under any compulsion to sell, both parties having reasonable knowledge of relevant facts.[2]

In applying fair market value to healthcare fraud and abuse-related issues, including the Stark law and federal Anti-Kickback Statute, the term “commercially reasonable”[3] is also applied and may best be described as an arrangement that is financially reasonable and economically similar to other business transactions entered into by a reasonable healthcare provider entity of similar type and size, and a reasonable physician (or physician practice), even if there were no potential business referrals between the parties.[4]

The commercial reasonableness of a subject healthcare transaction can be established by confirming that:

The combination of the fair market value definition along with the utilization of the commercially reasonable thought process should yield a reasonable conclusion to avoid future allegations of fraud and abuse and anti-kickback statutes and related regulations. It is, in almost all circumstances, the “devil in the details” that will make the day.

As legal counsel on healthcare consultants work with hospital and physician management to understand the implications of fair market value as a deal and its terms are contemplated, the essential question outlined in “commercially reasonable” is whether the arrangements being contemplated would be executed by each of the parties, individually, if the other party had no opportunity to make or receive any referrals that would lead to the provision of medical services. In other words, the potential economic value of referrals between the parties cannot be taken into consideration when sending financial terms for a deal or contractual arrangement.

By way of example, a hospital seeking to purchase a majority interest in an ambulatory surgery center should be in a position to believe the investment, without regard to whether any physician owners, or others involved in the surgery center, would make or be in a position to make referrals of patients the hospital. If the proposed deal is financially viable on that basis, it is more likely than not that it would prevail if questioned by the government or by a qui tam complaint.

If financial or legal personnel on either side of the arrangement begin making financial calculations appearing to show revenue or profitability from ancillary or tangential services provided to or by either of the parties, it may be likely that the fair market value and commercially reasonable thresholds could be called into question. In the case of Tuomey, the idea that a physician practice would yield 80 percent of physician gross business revenue, generally defined as fees received from performing physician-related services, and in addition have the hospital provide malpractice insurance, billing and healthcare insurance to the physicians, goes beyond the bounds of any traditional physician practice metrics available.

Real estate-related transactions have become more common between healthcare service providers over the recent years. This increase in activity has produced additional concerns with regard to fair market value. As an example, the fact that a previously existing lease has a particular rental value per square foot does not constitute a determination of fair market value.

By way of example, leases that may have been executed in 2008 (when the United States economy was cratering after the bankruptcy of Lehman Brothers) may have been at lease rates that today would be deemed substantially below fair market value. Likewise, leases executed in 2007 for a long-term period of time may currently be viewed as being in excess of fair market value.

Leasehold improvements that may have been supplied by the landlord and/or tenant over a period of time when the lease was in effect also may impact the current determination of fair market value. All of these issues need to be reviewed and determined in order to understand fair market value at the time that agreement is to be executed. In many cases, the healthcare entities will need the assistance of specialized expertise, business valuation experts, real estate and lease value experts or others.

Healthcare reforms aimed at improving quality, controlling costs, and replacing the fee-for-service payment arrangement with value-based payments have expanded hospital and physician alignment arrangements. These alignment activities are also subject to fair market value and commercial reasonableness tests and requirements in situations where there are financial transactions or physician compensation arrangements between the parties.

Other guidance from Office of the Inspector General requires that the agreement be commercially reasonable.

The Stark regulations generally define “fair market price” as “the price at which bona fide sales have been consummated for assets of like type, quality, and quantity in a particular market at the time of acquisition, or the compensation that has been included in bona fide service agreements with comparable terms at the time of the agreement, where the price or compensation has not been determined in any manner that takes into account the volume or value of anticipated or actual referrals” (42 C.F.R. § 411.351 (2006)).

Another consideration under the Stark law that is relevant to co-management programs is whether or not compensation can be paid for quality measures. The OIG has provided the following guidance in the Federal Register:

However, as we discussed in Phase II, compensation related to patient satisfaction goals or other quality measures unrelated to the volume or value of business generated by the referring physician and unrelated to reducing or limiting services would be permitted under the personal service arrangements exception, provided that all requirements of the exception are satisfied (for example, compensation to reward physicians for providing appropriate preventive care services where the arrangement is structured to satisfy the requirements of the exception) (69 FR 16091). Federal Register / Vol. 72, No. 171 /p.51046.

The preceding statement explicitly states that compensation is permitted for quality measures, provided the requirements for the personal services exemption are met.

The watchword for the healthcare industry is that the OIG has stepped up its investigations of traditional fraudulent and abusive practices, such as billing for non-extent or unnecessary services, and is expanding its existing statutes to include activities and arrangements that are merging under new healthcare reform initiatives. 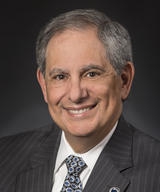