According to the Privacy Rights Clearinghouse, 864,133,052 records containing sensitive personal information have been breached in 4,249 publicly reported incidents since 2005.[1] Recent high-profile data breaches hit a huge number of consumers and demonstrated the vulnerability and ubiquity of sensitive personal data. In light of the increased frequency and impact of data breaches, consumer protection advocates, government agencies, and legislatures are looking at data security requirements more closely to give data custodians and processors adequate incentives to proactively protect consumer data.

In the meantime, consumers whose information is compromised look for legal remedies. Historically, plaintiffs bringing claims against data custodians in response to data breaches have struggled to convince courts that they satisfy constitutional standing requirements and can quantify damages.[5] Plaintiffs advancing tort claims have tried to rely on the potential future harms that may result from unauthorized access to their personal information, but courts have generally found such claims insufficient to qualify as compensable damages without actual identity theft or use of the compromised information.[6] Moreover, plaintiffs in breach cases have found it difficult to show common harm sufficient for class treatment.[7]

Given all of these obstacles, data privacy statutes with statutory damages provide breach victims a clearer path to pursue a legal remedy for the unauthorized disclosure of their personal information.[8] But one significant problem for data breach victims using existing privacy statutes that provide for statutory damages is their narrow scope. The Telephone Consumer Protection Act was designed to protect consumers from unsolicited communications like faxes, robo-calls, and now text messages.[9] The Video Privacy Protection Act prohibits any “video tape service provider” from knowingly disclosing a customer’s personally identifiable information.[10] The Electronic Communications Privacy Act, Wiretap Act and Stored Communication Act bar wiretapping and electronic eavesdropping,[11] and prohibit unauthorized access to stored communications.[12] The Fair and Accurate Credit Transactions Act prohibits a vendor from printing more than the last five digits of a credit or debit card number on a receipt. Each of these statutes certainly touches on issues of data privacy and protection, but even taken together they cover only a small portion of the field. As many would-be plaintiffs have discovered, consumers whose personal information is compromised by a corporate data breach can find it challenging to find a claim under one of these narrowly focused statutes.

Health information privacy is a heavily regulated and high-profile subject that has seen increased legislative attention in the last decade. It may not be surprising, then, that some consumer advocates argue that lawmakers should punish those companies that compromise financial and other information with the same types of tools used to enforce health information privacy under the Health Insurance Portability and Accountability Act of 1996 (“HIPAA”) and the Health Information Technology for Economic and Clinical Health Act (the “HITECH Act”).[13] Regardless of whether you believe such comprehensive legislation is realistic for general data breaches, in light of the effectiveness of HIPAA and the HITECH Act, forward-thinking companies can look to those laws as models and anticipate principles that could appear, at least in part, in a future general data breach statutory regime.

If the enhanced penalties, scope and enforcement under the HITECH Act are harbingers of future data security legislation, then proactive companies may want to strengthen their own data privacy and security efforts to adopt some of the best practices from the healthcare industry. These would include conducting a data security risk assessment, adopting written policies and procedures, implementing a security breach response plan, and training workforce members on the handling of sensitive personal data.

[3] A Message from the Attorney General: Protecting Consumers from Cybercrime and Identity Theft, (February 24, 2014), http://www.justice.gov/agwa.php?id=4.

[8] See Robins v. Spokeo, Inc., 742 F.3d 409 (9th Cir. 2014) (plaintiff’s allegations of violations of his statutory rights under the Fair Credit Reporting Act satisfied Article III’s requirement of an injury in fact because “the interests protected by the statutory rights at issue are sufficiently concrete and particularized that Congress can elevate them” to the status of legally cognizable injuries); Charvat v. Mut. First Fed. Credit Union, 725 F.3d 819 (8th Cir. 2013) (same); Murray v. GMAC Mortg. Corp., 434 F.3d 948, 953 (7th Cir. 2006) (“Yet individual losses, if any, are likely to be small – a modest concern about privacy, a slight chance that information would leak out and lead to identity theft. That actual loss is small and hard to quantify is why statutes such as the Fair Credit Reporting Act provide for modest damages without proof of injury.”); Harris v. comScore, Inc., 292 F.R.D. 579, 589 (N.D. Ill. 2013) (rejecting defendant’s contention that the issue of individual loss or damage precluded class certification, noting that “[t]hat argument has no applicability to the ECPA or SCA claims, both of which provide for statutory damages), aff’d comScore, Inc. v. Dunstan, No. 13-cv-8007 (7th Cir. Jun. 11, 2013).

[15] HIPAA defines a “business associate” generally to include persons who perform certain functions or activities that involve the use or disclosure of protected health information on behalf of, or provide services to, a covered entity. See 45 C.F.R. § 160.103. 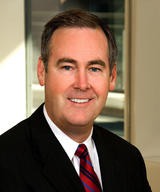 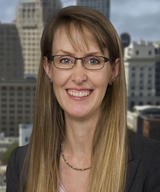