First Amendment v. The Right Of Publicity: The Game Is On!

While watching a child’s friend play a video game, Ed O'Bannon, the star of UCLA’s 1995 championship basketball team, recognized himself as one of the avatars featured in the game. O’Bannon observed of the avatar, “It didn’t have my name, but it had my number, it was left handed and it looked like me.” O’Bannon’s friend looked at him and said, “You know what’s sad about this whole thing? You’re not getting paid for it.”[1]

In 2009, O’Bannon filed a lawsuit in the Northern District of California against the National Collegiate Athletic Association (“NCAA”) and its licensing arm, the Collegiate Licensing Company (“CLC”) whose exclusive agreement with EA Sports (“EA”) makes EA the only studio permitted to publish NCAA-themed video games. That same year, Sam Keller, a former starting quarterback from Arizona State University and the University of Nebraska, filed a claim against EA and the NCAA in the same court, alleging that EA’s depiction of a football player in its NCAA Football game (the “Game”) used his and other college athletes’ likenesses without compensation in violation of California’s right of publicity law.[2] On the opposite side of the country, former college football player Ryan Hart filed a nearly identical lawsuit against EA in the District of New Jersey, alleging that the use of his image in the Game violated his right of publicity.[3]

In both cases, EA argued that its First Amendment rights trumped the players’ right of publicity. Addressing nearly identical fact patterns and engaging in a similar analysis, the Keller court and the Hart court reached opposite conclusions: the Keller court ruling in favor of the athletes and the Hart court ruling in favor of EA. Both cases are now on appeal, Keller to the Ninth Circuit Court of Appeals and Hart to the Third Circuit Court of Appeals.[4] The sheer volume of amicus briefs filed in connection with both cases (from entities such as NCAA, CLC, Activision, SAG, Viacom, ESPN, the NBA Players Association, the MLB Players Association and the NFL Players Association, to name a few) illustrates the potential effect these decisions will have on the sports and entertainment industries.

The facts of Keller and Hart are nearly identical. Both complaints allege that the Game precisely replicates all of the NCAA teams, including their logos, uniforms, mascots and stadiums. [5] Both lawsuits allege that the Game depicts every distinctive characteristic of the athletes with the exception of their name, including preferred wristbands, headbands, face masks, visors, back plates, arm sleeves and armbands.[6] Both Keller and Hart contend that these facts are sufficient to establish liability for misappropriation of likeness and a violation of their publicity rights because neither Keller nor Hart consented to such use and were not compensated for the use of their likenesses.

Most states (including New Jersey and California) recognize the right of publicity through statute or common law.[7] The right of publicity prohibits a third party from using the name, voice, image, likeness or persona of any individual for commercial or advertising purposes without his or her permission. In Keller, the court applied what is known as the “transformative test” to assess whether or not EA’s First Amendment rights trumped Keller’s right of publicity.[8] Under the transformative test, a defendant may raise an affirmative defense that the challenged work is “protected by the First Amendment inasmuch as it contains significant transformative elements or that the value of the work does not derive primarily from the celebrity’s fame.” To determine whether a work is transformative, a court must inquire into whether the celebrity’s likeness is one of the “raw materials” from which an original work is synthesized or whether the depiction or imitation of the celebrity is the very sum and substance of the work.[9]

In conducting its analysis, the Keller court reviewed three previous cases that applied the transformative use test. In the first, the court held that the defendant’s “literal conventional, depictions” of the Three Stooges in charcoal was not transformative and did not warrant First Amendment Protection.[10] In the second case, the court held that a comic book publisher’s depiction of two musicians as half-human, half-worm characters was transformative enough to warrant First Amendment protection because the pictures didn’t depict the plaintiffs literally; rather, the plaintiffs were “merely part of the raw materials” from which the pictures were created.[11] Finally, in the third case, the court found a defendant’s use of a musician’s likeness in a video game was transformative, reasoning that the video game character was “more than a mere likeness or literal depiction” of the musician because the character was much taller than the musician; she wore clothing that differed from the musician; she made her living as a space reporter instead of as a musician; and the setting for the game was unlike any setting in which the musician had appeared.[12]

Relying heavily on this line of precedent, the Keller court held that EA’s use of Keller’s image was not transformative because the Game doesn’t depict Keller in a different form. Rather than transforming his likeness into a new and different work (like the transformation of the musicians into worms, and a musician into a space reporter), EA used Keller’s likeness exactly as what he was: the starting quarterback for Arizona, wearing the same jersey with the same number, at the same weight, hailing from the same state and playing football in the same setting he played in during his collegiate career.[13] Thus, because EA’s use of Keller’s image was not transformative, it was not entitled to First Amendment protection.

In a lengthy and scholarly opinion, the Hart court reached the opposite conclusion. Rather than immediately applying the transformative test, the Hart court examined the various tests that courts have employed across the country to balance the competing interests of the right of publicity and the First Amendment.[14] The Hart court focused its analysis on the transformative test as well as the “Rogers” test, which was advocated for by EA in both Hart and Keller. The Rogers test is derived from trademark law and requires that the court examine (i) whether the infringing work has any “artistic relevance to the underlying work whatsoever” or (ii) if the infringing work does have some artistic relevance to the underlying work, whether it “explicitly misleads as to the source or content of the work”.[15] In Hart, the court expressed a strong preference for the transformative test in dicta, but rather than choose, applied both tests to the facts and held that EA prevailed under either test.

Relying on the same three transformative use cases as the Keller court, the Hart court held that EA’s use of Hart’s likeness was transformative.[16] In doing so, the court noted that while the Game begins with an avatar that incorporates the elements of Hart’s likeness, EA designers added many interactive features to the Game, including virtual stadiums, coaches, fans, sound effects, music and commentary, to create a completely new work out of Hart’s likeness. Further, the Game also permits users to alter Hart’s characteristics and skills to change the outcome of the Game. The court found this feature to be significant, because it suggested that the goal of the Game is not for the “user to be the player,”[17] thereby distinguishing the court’s ruling from the recent holding in No Doubt v. Activision, where the use of the band members’ likenesses was not transformative because the developer “intentionally used…literal reproductions [of the band members] so the players could choose to ‘be’ the No Doubt rock stars.”[18] Unlike EA’s Game, where players are encouraged to use the additional features created by EA to alter an athlete’s image in order to create an entirely new avatar, the No Doubt game players were not permitted to alter their avatars in any respect – they remained at all times immutable images of the celebrity musicians. Taking all these facts into account, the Hart court concluded that while the use of Hart’s image was “one of the raw materials” from which the Game was synthesized, the depiction of Hart was not the sum and substance of the Game, rendering EA’s use of Hart’s image transformative, and therefore, protected by the First Amendment.[19]

In applying the Rogers test, the court held that Hart’s image was clearly not wholly unrelated to NCAA Football, nor was its incorporation into the Game a “disguised commercial advertisement” indicating his endorsement or creative input and, therefore, that summary judgment in favor of EA was appropriate under the Rogers test as well.[20]

Interestingly, the Hart court took the time to specifically address the Keller opinion, criticizing the Keller court for its failure to take into account the expressive nature of the interactive features of the Game and for its overly narrow focus on the alleged likeness alone instead of on the Game as a whole, stating “[I]n my view, it is logically inconsistent to consider the setting in which the character sits…yet ignore the remainder of the game.”[21]

Appeals in both cases are still pending, and the outcome will have a significant effect, no matter what the rulings. In addition to the complex legal issues at hand, both cases raise many practical concerns. In the event the athletes prevail and are entitled to damages, to what extent are the NCAA, CLS and each athlete’s individual colleges, all of which receive a significant income from licensing arrangements in connection with the Game, liable for those damages? Alternatively, if EA prevails on its argument that the use of the athletes’ likeness is transformative, it may cast doubt on the need for EA to continue to secure costly licenses for its depiction of professional players in games, such as NBA Live, Madden and Tiger Woods PGA Tour. Either way, the future of the video game industry as well as the rights of collegiate athletes remain in the balance.

[4] It should be noted that O’Bannon’s case was consolidated with Keller’s before the Northern District of California.

[5] It should be noted that CLS and NCAA have a licensing agreement permitting EA to use the teams' uniforms, logos and other trademarks. CLS earns a significant profit as a result of this licensing arrangement. 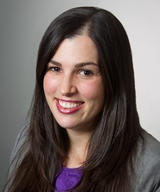