On August 12, 2011, the District Court for the Eastern District of Michigan issued its long-awaited opinion in the matter United States, et al. v. Blue Cross Blue Shield of Michigan ,1denying Blue Cross Blue Shield of Michigan's (BCBS) motion to dismiss in its entirety, mooting a request to stay discovery and granting the government's motion to compel. Although the court had previously indicated its denial of the motion to dismiss, last week's order provides the court's rationale and confirms the Department of Justice's theory of anticompetitive harm stemming from the use of "most favored nation" provisions (MFNs) by dominant players in the health plan markets. The decision provides support for reportedly ongoing enforcement efforts by the Department of Justice and state attorneys general against MFNs in health plan markets.

On October 18, 2010, the Department of Justice, along with the state of Michigan, filed a lawsuit against BCBS, the state's largest commercial health insurer, alleging violations of Section 1 of the Sherman Act, relating to BCBS' enforcement of MFNs in its contracts with hospitals throughout the state. It was the Antitrust Division's first attack against MFNs in over a decade and has been the centerpiece of the Division's recent enforcement efforts, poised to have wide-ranging implications for both DOJ policy and the future of health care contracts.

The complaint alleges that BCBS included two types of MFN clauses in its contracts with hospitals out of concern about competition from other insurers: "MFN-plus" clauses that require hospitals to charge competing insurers more by a specified percentage and "equal to MFN" clauses that require hospitals to charge other insurers at least as much as they charge to BCBS. In exchange for obtaining these agreements, the complaint alleges that BCBS voluntarily raised its own costs, informing hospitals that if they declined the MFN agreement, they would be paid approximately 16 percent less by BCBS than if they accepted the MFN. The lawsuit contends that BCBS harmed competition in the sale of commercial group and individual health insurance throughout Michigan, prevented other insurance companies in Michigan from becoming competitive and raised the price of health insurance in Michigan.

BCBS filed its motion to dismiss on December 17, 2010, arguing a failure to state a claim. BCBS insisted that its actions are immune under the state action doctrine because, under Michigan law, it is a "quasi-public" institution. In a similar vein, it argued that the federal court should abstain because BCBS' actions are already subject to regulation by the Michigan insurance commissioner. Finally, BCBS contended that anticompetitive injury and geographic and product markets were not sufficiently alleged.

A number of tag-along class actions have also been filed against BCBS mimicking the government's allegations. In the context of a hearing in one of these cases, Judge Denise Page Hood, the presiding judge over all of the BCBS MFN cases, announced on the record on June 7, 2011, that she was denying BCBS' motion to dismiss in the government action and that an order would be forthcoming. On August 5, 2011, BCBS unilaterally filed a notice of an interlocutory appeal of the issue of state action immunity to the 6th Circuit Court of Appeals.

The court's opinion denying BCBS' motion to dismiss affirms the allegations of the complaint.Without extensive discussion, the court upheld the government's product markets and geographic markets as being sufficient for the pleading stage. For example, the court deemed it plausible that the relevant markets for commercial and individual health insurance are local - which had led to the government pleading 17 separate markets - and accepted the use of statistical data to establish these. The court also found that the complaint adequately alleged that MFNs have negatively impacted competition and caused BCBS to pay higher, not lower, prices.

Similarly, the court summarily rejected the state action defense. Although the court acknowledged that there are state statutes that govern BCBS' conduct, it found that the effect of the challenged restraint - "using MFNs to deter competition with other insurers" - is not a clearly articulated goal of those statutes. It also found a lack of active supervision because the Michigan insurance commissioner is not authorized to review specific BCBS contracts with hospitals, but, rather, only provider plans in general. For that reason, the court also declined to abstain from adjudicating the case.

The court's opinion confirms the Department of Justice's theory about the potential for anticompetitive harm stemming from the use of MFNs by dominant players in the market. Getting past this significant hurdle means that the Department of Justice's enforcement efforts against MFNs in other contexts will likely continue at the same time that the Michigan case moves toward adjudication on the factual merits. 1Case No. 10-14155. 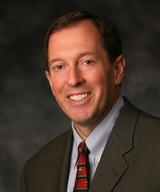 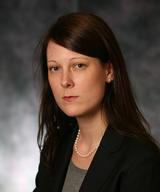