The FDA’s Efforts To Regulate Dietary Supplements, Then And Now

Dietary supplements – vitamins, minerals herbs, amino acids and other substances – have soared in popularity over the last two decades, creating a $20 billion industry with over 1,000 manufacturers marketing more than 29,000 products.[1] The FDA regulates dietary supplements under a different set of regulations than those that govern conventional foods and drug products (prescription and over the counter). Since even before the enactment of the Dietary Supplement Health and Education Act of 1994 (“DSHEA”), relations between the Food & Drug Administration (FDA or the “Agency”) and the dietary supplement industry have been contentious. The FDA has continually struggled with the scope of its authority and how to regulate dietary supplements. A review of the history leading up to the enactment of DSHEA provides useful context for the introduction this year by Senator Dick Durbin, D-IL, of the “Dietary Supplement Labeling Act,” S. 1310, and what manufacturers of dietary supplements should expect if Senator Durbin’s bill is enacted by Congress.

During the course of the twentieth century, the federal government established regulatory frameworks to ensure the safety and efficacy of pharmaceutical drugs and the purity of foods.[2] The FDA’s attempts to regulate dietary supplements can be traced back to the 1920s when the Agency began seizing cod liver oil products that were promoted, without any real support or scientific basis, as having beneficial health effects because of their supposedly high levels of vitamin A and vitamin D. When Congress replaced the Food and Drugs Act of 1906 with the Federal Food, Drug and Cosmetic Act of 1938 (FD&C Act), it added Section 403(j), which authorized regulations governing the labeling of food “for special dietary uses.” Thereafter, the FDA began requiring the labeling of both fortified food and dietary supplements.

II. The Nutrition Labeling And Education Act Of 1990

In 1990, Congress enacted the Nutrition Labeling and Education Act (“NLEA”), which strengthened the FDA’s legal authority to require that food labels include nutritional information and may not make unsubstantiated disease prevention or nutrient description claims.[3] In response to an invitation by Congress to propose regulations specific to dietary supplements, the FDA proposed that they be treated as food additives subject to stringent pre-market standards.[4] The regulatory burden on food additives included documentation that the scientific community considered the additive safe prior to its release on the market. This required extensive research, years of data accumulation and expensive administrative proceedings, with the result that the cost of approval was frequently more than $1 million per product.[5]

III. The Dietary Supplement Health And Education Act Of 1994

In response, in 1994 Congress enacted DSHEA, which was intended to remove the regulatory barriers for dietary supplements and increase the flow of information to consumers. The Act contained a broad definition of dietary supplements, including vitamins, minerals, herbs or other botanicals, amino acids, any combination of these, or any other substance used in supplementing the diet.[8] DSHEA also created a separate category for dietary supplements apart from food additives and pharmaceutical drugs, which are regulated under the Food Drug & Cosmetic Act (“FDCA”). In essence, Congress achieved its deregulatory goals by declaring that dietary supplements constitute a subcategory of food. [9]

Currently, there is no requirement for pre-market testing for safety and efficacy for dietary supplements, and dietary supplement manufacturers are not required to register with the FDA or to report adverse events from product usage.[10] As described below, that may change if Senator Durbin’s proposed bill becomes law.

IV. The Durbin Bill And FDA Guidance For Dietary Ingredients

On July 1, 2011, Senator Dick Durbin introduced S. 1310, the “Dietary Supplement Labeling Act of 2011.” The Durbin bill comes in response to the controversy involving “Lazy Cakes,” brownies containing melatonin, a neurohormone often used as a sleep aid, and to the increased prevalence of energy drinks that many argue are masquerading as dietary supplements as a means of avoiding review and regulation by the FDA. Unlike manufactures of conventional food and beverage products containing additives, manufacturers of dietary supplements do not have to prove that their products are safe before selling them to consumers.

According to a press release issued by Senator Durbin’s office, the bill would direct the FDA to define “conventional foods,” require manufacturers to register dietary supplement products with the FDA, require labels to disclose the known risks of ingredients and display a mandatory warning if the product contains a dietary ingredient that may cause potentially serious adverse events. The bill also calls for labels to display the batch number so the product can be traced in the event of a problem, though many companies already do so. The bill also requires the FDA to clarify the difference between a food and a health aid.

Under current law, it is the manufacturer who initially chooses whether to classify a product as a food or as a dietary supplement. This has resulted in some food products, for example beverages and energy drinks, to be marketed as dietary supplements and thereby circumvent the safety standards required for conventional foods. While the Durbin bill contains one provision addressing this issue, it also proposes to (i) require dietary-supplement manufacturers to disclose known health risks of individual ingredients and proprietary blends of ingredients used in products; (ii) display a warning on a label if a product contains a dietary ingredient that may cause a potential serious adverse reaction, drug interactions, contraindications, or potential risks based on a study conducted by the Institute of Medicine (IOM); and (iii) require the submission of safety studies and related published studies.

The dietary supplement industry opposes Senator’s Durbin’s bill, contending that it’s merely an FDA power grab and that the real problem is not a weak regulatory scheme, but rather a failure to enforce existing regulations. The supplement industry further points out that the Lazy Cakes situation demonstrates that the FDA can crack down on violators if it chooses to. Senator Orrin Hatch (R-UT) blasted Senator Durbin’s bill calling it a "government takeover" of the vitamin industry.

On the same day that the Durbin bill was introduced, the FDA issued its proposed “Guidance for Industry: Dietary Supplement: New Dietary Ingredient Notifications and Related Issues.”[11] Under the current regulatory scheme, companies are required to file pre-marketing notification with the FDA for supplements and their ingredients with a new dietary ingredient (NDI). The product may be marketed after a 45-day FDA review period, even if the FDA does not do an internal review. The NDI Notifications Section (VI), subpart (B) of the draft guidance document, lists 43 types of safety evidence that can be submitted to substantiate the safety of a new dietary supplement ingredient used in a product. These NDIs are products marketed after October 15, 1994, the date agreed upon when DSHEA was passed. The draft guidance also says it will consider 25 years of widespread use to be the minimum to establish a history of safe use for a supplement. In other words, only supplements sold before 1986 would be able to establish a history of safe use.

As with most things in life, the answer probably lies somewhere in between. Both the Durbin bill and the draft guidance document could lead to a substantial increase in costs and regulation for dietary supplement manufacturers and to the possible elimination of popular supplements made by companies that don’t have the deep pockets needed to deal with the increased regulatory burden. Under existing law, the FDA already has significant authority to ensure supplement safety. The DSHEA adulteration standard of “significant or unreasonable risk of illness or injury” gives the FDA substantial enforcement discretion because the Agency is free to consider a variety of factors – including the scientific evidence regarding a supplement’s effect on health – in determining whether the supplement is unsafe.[12] As a result, many in the supplement industry believe that these measures are nothing more than a power grab by the FDA that will favor the larger companies with deep pockets and the pharmaceutical industry.

At the same time, however, the Lazy Cakes controversy and the increased popularity of many energy drinks being sold as dietary supplements suggest that some measures are needed to protect consumers – but the proposals outlined in the Durbin bill and the draft guidance document do seem to go beyond what is necessary to prevent food and energy drinks from circumventing the safety standards required for conventional foods.

The Durbin bill is now before the Senate Committee on Health, Education, Labor and Pensions. The HELP committee is chaired by Sen. Tom Harkin (D-Iowa), who has been a strong advocate for the supplement industry. While there is hope in the dietary supplement industry that Senator Harkin’s and Senator Hatch’s influence will kill the Durbin bill, the industry is mobilizing to oppose it.

[1] Barbara A. Noah, “The Dietary Supplement Health And Education Act: Regulation at a Crossroads,” American Journal of Law and Medicine 31 (2005): 147. 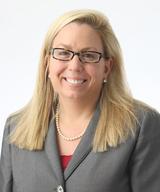