Facts You Should Know About The Affordable Care Act

Editor: Please describe the key ACA requirements that are now in effect.

Napoli: Most of the coverage mandates under ACA are in place. A few examples are the mandates requiring no lifetime dollar limits on essential health benefits; minimum annual limits on the dollar value of essential health benefits; coverage of children to age 26 (grandfathered plans may exclude children eligible for other coverage); no retroactive termination of coverage except in the case of fraud or a material misrepresentation; and no preexisting condition exclusions for children under age 19. There are other coverage mandates that currently apply, but this gives you an example of key mandates. In addition to the coverage mandates, plan sponsors have had to begin distributing summaries of benefits and coverage ("SBCs") to plan participants. The SBC rules require that a written description of the health coverages under a plan be provided in a certain manner to help assure uniformity between the description of one coverage versus another. Stated another way, the SBC requirements are meant to provide plan participants with materials that will enable the participants to make an apples-to-apples comparison of available coverage under a health plan.

Editor: What requirements must be met by January 1, 2014?

Napoli: In addition to imposing new coverage mandates in 2014, such as the elimination of preexisting conditions altogether, ACA requires most Americans to obtain minimum essential coverage in 2014, the operation of public health insurance exchanges (also known as marketplaces), employers to provide notices to employees regarding these exchanges and, in 2015, employers to meet the employer mandate under the Act.

Editor: Please discuss the requirements that have been postponed until January 1, 2015. Why was this postponement necessary?

Napoli: The Obama administration delayed the effective date of certain reporting requirements under ACA as well as the imposition of penalties under the employer mandate. The reporting requirements include information reporting by insurers and employers sponsoring self-funded plans as well as information reporting by employers detailing the level of coverage the employer provides to its full-time employees among other information. As a practical matter, this reporting is required in order for the oversight agencies to regulate compliance with the employer mandate under ACA. For that reason, enforcement of the penalties under ACA was likewise delayed until 2015. The delay is meant to afford employers and providers additional time to gain “real world” testing and experience with the new reporting systems that are required to comply with ACA.

Editor: What size companies are affected by the pay-or-play requirement? Please explain the “pay-or-play” employer mandate.

Editor: What penalties are levied on the employer for failure to comply?

A second penalty applies to an employer that makes an offer of health coverage that is not “affordable” to the full-time employee or fails to provide “minimum value.” Generally, coverage is "affordable" if the full-time employee's cost for single coverage does not exceed 9.5 percent of household income (or Box 1 W-2 wages or another safe harbor). Generally, coverage provides “minimum value” if it is expected to cover at least 60 percent of participants’ covered expenses. It should be noted that if 95 percent of full-time employees are offered coverage, the 5 percent who are not can trigger this affordability penalty. The penalty, which is assessed monthly and collected annually, is equal to $250 per month ($3,000 annually) per subsidy-receiving full-time employee. For example, if an employer employs 1,030 full-time employees during each month of 2015, makes an offer of health coverage to all its employees in 2015, but it is determined that the cost of coverage is unaffordable for 200 full-time employees who were employed by the employer during each month of 2015 and that those employees received subsidies through a public exchange, then the employer will be subject to a penalty payable in 2016 of $600,000 ($3,000 x 200). The affordability penalty cannot exceed the no-coverage penalty.

Editor: Describe the requirement for employers to alert employees as to the availability of the state health exchanges by October 1, 2013.

Napoli: Employers are required to provide each of their employees with a notice regarding the public health insurance exchanges, or marketplaces, no later than October 1, 2013. Employers must also provide the notice to new hires on and after October 1, 2013. This is a requirement under the Fair Labor Standards Act (“FLSA”) as amended by ACA, meaning all employers who are subject to the FLSA must provide the required notice. Although the U.S. Department of Labor recently issued guidance stating that there is no penalty under the FLSA for an employer’s failure to provide the notice, it is inadvisable for an employer not to provide the notice. As a practical matter, there is a lot of confusion in the workforce as to exactly what options employees will have available to them in 2014. As my father once told me years ago (he is a consulting actuary), employee benefits are meant to offer employees a sense of security in knowing that their families will be taken care of in a time of need. That sense of security is shaken at the moment due to the confusion over healthcare reform, and many employers are going to want to help their employees wade through these complex issues. In addition, even though there is no penalty under the FLSA, there could be potential liability under state-law legal theories (to the extent not preempted by the FLSA) as well as under ERISA with respect to fiduciaries who fail to communicate on issues of import to employees under a circumstance where the employer has likewise failed to engage employees on the issue. All that said, it is critical that an employer (or ERISA plan fiduciary) that intends to communicate to employees (or plan participants) on issues involving healthcare reform: (1) know what voice they are using when communicating – is the employer speaking as the employer, in which case state law may apply, or is the employer speaking as an ERISA fiduciary, in which case ERISA applies; (2) know the issues being addressed and only address those issues; and (3) keep the message simple, but keep the message complete – the rules are very complicated and it is ill-advised to use shorthand in describing the rules. For purposes of meeting the FLSA requirement, the DOL has issued two model notices of exchange; one for use by employers who offer health coverage, the other for those who do not. Employers may also tailor the model forms as long as the notice contains the content elements described in Technical Release 2013-02.

Editor: Who is eligible to use the exchanges? What is the likelihood that all exchanges will be functioning on October 1?

Napoli: Most U.S. citizens will be eligible to purchase coverage through the public health insurance exchanges. The question will be whether the individual is eligible for a federal premium tax credit to assist in offsetting the cost of coverage purchased through a public exchange. As for the likelihood that all exchanges will be functioning on October 1 - we will find out in a couple of weeks.

Editor: Explain the premium tax credits that may be made available to some employees.

Editor: What penalties are to be imposed on individuals who fail to obtain insurance through the exchanges?

Napoli: Beginning in 2014, all U.S. citizens must maintain health insurance for themselves and their dependents, with some exceptions. The general requirement under ACA is for the individual to maintain "minimum essential coverage," which generally includes: (1) employer-provided coverage, (2) individual coverage, (3) grandfathered plans, (4) self-funded student health plan coverage, and (5) federal programs such as Medicare and Medicaid. If an individual fails to maintain minimum essential coverage, then he or she is subject to an annual penalty that is assessed monthly, meaning the penalty is paid on an annual basis and is assessed for each month during the year that the individual fails to maintain minimum essential coverage. That said, there is no penalty imposed on an individual who is without coverage for less than three months in a given year. This exception is meant to avoid penalizing an individual who, for example, is subject to a 90-day waiting period before his coverage applies. The penalty itself is the greater of a flat-dollar penalty or a percent of income penalty. The flat-dollar penalty is cut in half for children under 18 and is capped at 3x the adult rate for families. For 2014, the flat-dollar penalty is $95 per adult, $47.50 per child with a family maximum of $285. These penalties increase in 2015 to $325 per adult, $162.50 per child with a family maximum of $975. In 2016, the penalties are scheduled to increase again to $695 per adult, $347.50 per child with a family maximum of $2,085. The annual percent of income penalty is designed to affect higher wage earners and is 1 percent of income for 2014, 2 percent of income for 2015 and 2.5 percent of income for 2016. The percent of income penalty is capped at the national average of cost for Bronze Exchange coverage for the individual and dependents. There are some complexities to the rules that cannot be adequately addressed in this article, but this is a good summary of the general rules as of today.

Editor: Is it possible that the standard definition of full-time employee is likely to be extended to 40 hours per week from 30?

Napoli: That is a great question, but one best left to be answered by the political pundits. That said, I have been tracking the bills in Congress that would change the 30 hour standard to 40 hours, and can say that the legislation has garnered more support since the administration announced that enforcement of the reporting requirements and assessment of penalties under the employer mandate was being delayed until 2015. Another complicating factor is the Republican-sponsored legislation presented on September 19 offering a competing view healthcare reform. The story on healthcare reform is still being written. 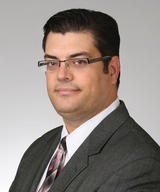 Editor: As recent members of Wiley Rein’s Intellectual Property Practice, would each of you provide us with your professional backgrounds and the particular form of your IP practice? Seth: My practice focuses on patent litigation in the district courts, the Federal Circuit, and the...