Douglas S. Eakeley was invested with the Alan V. Lowenstein Chair of Corporate and Business Law at a ceremony at The Rutgers School of Law - Newark on June 7, 2013. What follows are excerpts from his acceptance remarks.

We all know why we’re here today: to honor Alan Lowenstein, who died six years ago this week.… Alan was a great lawyer, passionately committed to his clients, his community, and the goal of social justice. He has left us with an enormous legacy.

The firm he founded, Lowenstein Sandler, reflects his vision and his values – indeed, I should point out the dome above us is named the “Lowenstein Sandler Rotunda.” Some 14 years ago, Alan and Amy Lowenstein endowed the New Jersey Institute for Social Justice. Its objectives are to fight poverty and injustice; create model social justice programs serving Newark residents that can be replicated elsewhere; and serve as a Public Advocate (and I note that the last Public Advocate of the State of New Jersey is none other than our acting dean Ron Chen, bearing the mace). Former U.S. Attorney General Nicholas Katzenbach was the Institute’s founding president; U.S. District Judge Dickinson R. Debevoise, who is with us today, was the founding vice president. John Farmer currently chairs the board of trustees of the Institute; its current president, Cornell Brooks, and several staff members are also with us today.

And that brings me to the Alan V. Lowenstein Chair of Corporate and Business Law. Although Alan imposed no restrictions or strings on his gift, he was very clear about how he hoped it would be applied. In a January 5, 2000 letter to now Dean Emeritus Stuart Deutsch, Alan described the concept of a law center, which he attributed to his friend, Arthur Vanderbilt, former NYU Law School Dean and New Jersey Supreme Court Chief Justice, as “teaching the new generation of lawyers but also serving as a center for legal research and as a stimulant for law reform and improvement in our system of justice ….” Alan concluded:

New Jersey has the wealth and opportunities to set an example for other states in its legislative and judicial systems. Individuals of great capability probably have more opportunities to make a difference in this state than in New York or elsewhere with larger, more complex and more diverse circumstances. A law center with distinguished faculty could have a great influence not only in teaching young lawyers but also in law reform and in dealing with many other issues facing New Jersey and the country in the years ahead.

That, of course, is an apt description of what Rutgers Law School is today and what it is capable of becoming. As the Alan V. Lowenstein Professor of Corporate and Business Law, I pledge to do my best to live up to Alan’s commitment to the law, to the community and to the goal of social justice.

And since we are assembled in the S. I. Newhouse Center for Law and Justice, and as I think Alan would have expected, let me offer a few observations about the current state of justice in these United States. We pay an enormous amount of lip service to the concept of justice. The preamble to the Constitution recites that “We the People of the United States, in Order to form a more perfect union, establish justice, … and secure the blessings of Liberty … do ordain and establish this Constitution.” We pledge allegiance to a Republic “with liberty and justice for all.” The United States Supreme Court portico bears the inscription “Equal Justice Under Law.” Below the pediment of the building is the inscription “Justice, the Guardian of Liberty.”

But how well are we fulfilling that promise? At this moment, after all, inequality of wealth and of income is greater than at any other time in my lifetime, and is increasing. This is not simply the product of an invisible hand, working its way through the market, but of government action and inaction.

Here in New Jersey, the second wealthiest state in the United States, we have the most impoverished urban centers in the country – namely, Newark and Camden – as well as one of the most segregated public school systems.

On the criminal justice side, we have just celebrated the 50th anniversary of the U.S. Supreme Court’s decision in Gideon v. Wainwright, ostensibly securing the constitutional right to counsel in criminal proceedings. But that right has often been illusory, as states have failed to fund their public defender programs at any reasonable level commensurate with need.

Racial disparity continues to be a hallmark of our criminal justice system. Here in New Jersey, African Americans constitute 61 percent of the prison population; they confront an incarceration rate 6.4 times the rate for non-Hispanic white males. African-American juveniles are subjected to a custodial sentence almost five times as frequently as their white counterparts, reflecting the system’s more punitive treatment of youth of color.

Our legal system is such that access to civil justice is largely dependent upon access to a lawyer. In 1974, Congress passed legislation creating the national Legal Services Corporation. Some 20-plus years later, the Congress with a “contract on America” literally gutted the national legal services delivery network, eliminating federal funding for national and state support centers and regional training centers, reducing funding for field programs by one-third (along a path projecting zero funding by the third year), and prohibiting any program receiving federal funds to engage in class action litigation or legislative advocacy on behalf of the poor, among other things. Thankfully, the Legal Services Corporation survived what was intended to be a fatal attack, but it is just a shadow of its former self. And not a single restriction imposed by the Congress has been lifted in the ensuing years.

Meanwhile, more than a decade later, in the face of an unprecedented increase in the poverty rate and the need for legal services produced by the Great Recession, the traditional funding sources for civil legal assistance have precipitously declined. Indeed, revenues from the IOLTA program (Interest on Lawyers Trust Accounts) are down more than 80 percent because of record-low interest rates; federal funding has been cut back and is subject to the sequester; and New Jersey state appropriations have been cut 25 percent by Governor Christie, who also vetoed a proposed filing fee increase to fund electronic filing and support legal services. Thus, the legal services program in New Jersey has had to lay off 25 to 30 percent of its experienced poverty lawyers despite the unprecedented demand for their services.

Bridging the justice gap will not eliminate poverty, but it is an important step to protect the needs, rights and interests of the poor while living up to our national commitment to “liberty and justice for all.” As JFK once put it, “If a free society cannot help the many who are poor, it cannot save the few who are rich.”

In an era of fiscal constraint at the federal, state and local levels, with an uncertain economic recovery, it is perhaps convenient to overlook the needs of low and moderate income people. But now, perhaps more than ever, they need advocates in the courts, in the Congress, in the legislature. This law school time and again has provided that advocacy, and we must redouble our efforts going forward.

No one believed in the promise of law – or the responsibilities that come with it – more than Alan Lowenstein. For him the law and social justice were inextricable. As he wrote in his autobiography:

The endowments of the Rutgers and Michigan chairs, coupled with the establishment of The New Jersey Institute for Social Justice, reflected Amy's and my lifelong commitment, handed down from prior generations, to serve the welfare of our community once our family's material needs had been met. It was always our view that each member of a free society, having every opportunity for self-fulfillment and personal security, has an obligation to contribute to the assurance of the same benefits for others. Social justice should be the underlying goal for all humanity.

Alan’s legacy, and the vow he made to practice law the way he thought it should be practiced, live on in all of us and in this very school. I am deeply honored to be a part of fulfilling a promise he made long ago and lived every day. 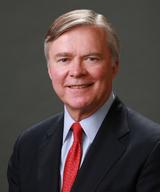 Recently enacted state laws that prevent employers from requiring mandatory arbitration for claims of sexual harassment by employees have been challenged as unconstitutional.

SEE ALL ARTICLES ON Ethics