In response to the #MeToo movement, several states have enacted laws that prohibit employers from requiring prospective employees to arbitrate sexual harassment claims, asserting that mandatory arbitration effectively forces employees to give up their right to a jury trial. California, Maryland, New Jersey, New York, Vermont and Washington are among the states that have banned mandatory arbitration clauses in employment contracts for sexual harassment claims, despite the U.S. Supreme Court’s confirmation of the enforceability of arbitration agreements under federal law.

The following is a compilation of relevant case law and an overview of the pertinent arguments regarding mandatory arbitration prohibitions throughout the country.

Conflict Between Mandatory Arbitration Prohibitions and the FAA

The Supreme Court recently affirmed the enforceability of arbitration agreements under federal law – and in its decisions, the Court acknowledged the value of using arbitration agreements as a deterrent to class action litigation.1 The Court has concluded that the FAA preempts state laws that “stand as an obstacle to the accomplishment of the FAA’s objectives,” while acknowledging that the FAA preserves traditional state law defenses to arbitration such as duress, unconscionability or fraud.2 Despite the Supreme Court’s position on this issue, many states have enacted statutes that preclude employers from requiring current employees and applicants to agree to arbitrate future claims of sexual harassment.

In Latif v. Morgan Stanley & Co. LLC, the Southern District of New York had to decide whether Article 75 of New York’s Civil Practice Law and Rules (CPLR 7515) conflicted with the goals and objectives of the FAA, in violation of the Supremacy Clause of the United States Constitution.3 New York enacted this statute in an attempt to address sexual harassment in the workplace by prohibiting employers from requiring employees to arbitrate sexual harassment claims and by affording accusers the option of a public trial.

In its decision, the court focused on the plain language of the FAA, which states that a written arbitration provision “shall be valid, irrevocable, and enforceable, save upon such grounds as exist at law or in equity for the revocation of any contract.”5 In other words, an arbitration agreement is enforceable unless the plaintiff can prove a defense based on fraud, duress or unconscionability.6 Conversely, CPLR 7515 created an outright prohibition against the formation or enforcement of arbitration agreements in cases involving sexual harassment, without the need to show fraud, duress or unconscionability.7 As a result, the court held that CPLR 7515’s prohibition against arbitration agreements was preempted by the FAA and granted the employer’s motion to compel arbitration.

The Supreme Court affirmed the enforceability of arbitration agreements under federal law – and acknowledged the value of using arbitration as a deterrent to class action litigation.

California also recently enacted a similar statute, AB 51, which precludes employers from requiring any applicant or employee “to waive any right, forum, or procedure” for a violation of the Fair Employment and Housing Act or the Labor Code as a condition of their employment, continued employment, or the receipt of any employment-related benefit.8 Employers who violate AB 51 could be subject to misdemeanor criminal liability.9

On December 6, 2019, the U.S. Chamber of Commerce challenged AB 51 in the U.S. District Court for the Eastern District of California.10 The challenge stems from the theory that AB 51 unconstitutionally violates the Supremacy Clause of the United States Constitution because it conflicts with the FAA. The suit seeks not only a declaration that the FAA preempts AB 51 but also a declaration that the FAA’s express language protects both the formation and enforcement of arbitration agreements, an argument that is consistent with prior case law.11

These two decisions illustrate the uncertainty in this area of law. Although employers in New York and California may currently be able to require employees to sign arbitration agreements as a condition of employment, the U.S. Court of Appeals for the Second and Ninth Circuits could decide otherwise. Ultimately, the Supreme Court may have to make a ruling on the validity of these laws, which could have widespread implications on the status of arbitration throughout the nation.

Employers in Maryland, New Jersey, Vermont and Washington should also keep a watchful eye on the following laws, which are not currently being challenged in the federal courts, but could be challenged under similar theories as the above-referenced cases.

Ultimately, the Supreme Court may have to make a ruling on the validity of these laws, which could have widespread implications on the status of arbitration throughout the nation. 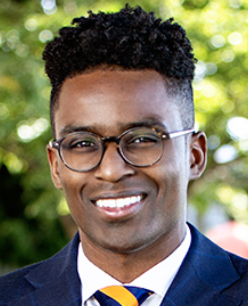 Privilege logs, which generally list the authors and recipients of withheld communications, are frequently cited in challenges to a corporation’s privilege claims when they show that no lawyer sent or received a withheld document. Corporations normally win those disputes by showing that...

SEE ALL ARTICLES ON Ethics