Prior to 1970, executives received wage income similar to other employees of a company. However, a change in paradigm indicated that aligning top executives’ interests with those of the company and its shareholders could be a more efficient way to retain top talent and increase the profitability of the company. Thus began the era of equity-based compensation.

Executives today can be offered various types of stock-based compensation that are either qualified or nonqualified. The difference impacts the timing of the realization of the compensation and therefore the associated tax liability. Four characteristics are important in determining realization and cash receipt:

To qualify for the beneficial tax treatment of either of these two plans, the recipient must not sell the stock within two years of grant or within one year of exercise of the option. The benefit of adhering to this holding period is to receive capital instead of ordinary treatment on the income.

ISOs can be exercised in the future at the fair market value (“FMV”) as of the date of grant. The difference between the FMV on the date of exercise and the exercise price (“the spread”) is not included in regular income on the date of the exercise. However, it is treated as a tax preference item that increases income for alternative minimum tax (“AMT”) purposes even though no money is actually received. Typically, this will trigger the AMT tax. Of course, an executive could exercise and sell sufficient amounts of the stock to cover the AMT tax, but the income would then be ordinary instead of capital. Awards are limited to $100,000 per year.

In general, ESPPs allow an employer to grant its employees the right to purchase stock at the then-current FMV and sell it at some time in the future, with any increase being treated as a capital gain. However, since this form of compensation is only allowed up to $25,000 per year, it would not be a large component of the executive’s compensation package.

Nonqualified Stock Options (“NSOs”) give the executive the right to purchase the company’s stock at a fixed price within a fixed period of time subject to a vesting schedule. There is no limit on the dollar value of the NSOs that can be granted to an executive. In general, there is no income realization on the date of grant. Ordinary income is realized for “the spread” on the date of exercise.

Restricted Stock (“RS”) is non-transferable and must be traded in compliance with SEC Rule 144. Vesting periods generally range from three to five years.

There is no cost associated with these shares as with ISOs and NSOs. When the shares vest, the executive recognizes wage income equal to the FMV of the shares on that date. Since vesting triggers taxable income even though the executive receives no cash, they can either remit the required tax from other funds or the company can withhold sufficient shares to cover the tax. Most executives opt for the latter.

An RS recipient can make a Section 83(b) election to include the FMV of the restricted shares in income in the year granted. This would effectively set the holding date for capital gain purposes. However, because the shares are still subject to a substantial risk of forfeiture, most executives do not make this election. The decision must be considered carefully with an eye on the forfeiture period and the executive’s belief of the future value of the shares.

Restricted Stock Units (“RSUs”) are an unsecured promise from the company to pay the executive a set number of shares at some point in the future so long as the executive meets certain vesting criteria.

Unlike holders of RS, holders of RSUs do not have voting rights. Also, an 83(b) election is not available. Thus, the executive will include as wage income the FMV of the stock on the date the units vest. Similar to RS, the executive can hold onto the stock after it vests and any gain upon sale will be capital. However, the executive is required to pay the appropriate withholding tax in similar fashion as Restricted Stock.

Stock Appreciation Rights (“SARs”) are treated like a bonus equal to the amount of the increase in the share price during a specified period of time. This form of compensation is much simpler for the executive because the executive is not required to pay for the underlying stock, but merely receives the value of the increase as additional wage compensation that can be paid in stock or cash.

Receipt of equity-based compensation awards can incentivize executives and assist a company in retaining its best talent. However, each type of award must be considered carefully when negotiating a compensation package. Consideration must be given to the vesting period, AMT effects and the character of the income once received. Also, there are complex state sourcing rules that can cause unexpected tax consequences to executives living in one state and working in another or who move to a different state between time of grant, vest and exercise. A trusted tax professional can help you understand the tax consequences of various forms of executive compensation and guide you through the maze of exceptions and requirements of these plans. 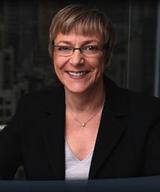 Big Changes Loom for Executive Compensation: Employers should not defer action on amendments with major implications for deferred payment plans

Although longstanding guidance under Section 409A of the Internal Revenue Code governs the use of deferred compensation to incentivize executives, proposed amendments are raising significant issues. Below, Charles A. Bruder, an executive compensation expert, discusses the changes and what they mean...