Development-Leasing Matters: Constructing a Deal That Is Built to Last

Over the last few years, and with an accelerated frequency this past year, I have received an influx of development-leasing matters, from both landlords and tenants. These deals have spanned several states, from New York and New Jersey to Florida and Texas, as well as a variety of asset types – specifically, retail, industrial and manufacturing. However, they all share a common structure in that the landlord has committed to develop the subject premises for tenant’s use. Underlying these transactions, whether the landlord is obligated to perform only site work and pad preparation, or the landlord is responsible for delivering a completed, build-to-suit facility, are inherent pitfalls for which legal counsel should beware.

This article considers development leasing matters from the tenant’s perspective. Typically not a real-estate player, the tenant is an end user, one that seeks to use the new premises for its own operations, and it usually must do so within very specific timeframes. Whether the tenant is expanding an existing manufacturing facility, or relocating its retail operations to a more attractive site down the street, or the tenant is moving its business to a new state in order to obtain available incentives, the tenant understands the precarious situation before it – that its business is, to a considerable extent, in the hands of the landlord-developer.

For example, in a build-to-suit deal, out of a desire for a level of certainty, the tenant will often want a site plan as well as a detailed set of construction drawings attached to the lease, or at least referenced therein. At the same time, the landlord, understandably, usually is not prepared to commit to a fixed site plan, let alone pay for a full set of drawings, while the lease contains numerous contingencies allowing the tenant to terminate the lease. And what if a site plan is agreed to by the parties as of lease signing? Governmental approvals often are conditional and require changes to the plans. To what extent does the tenant have the right to approve the conditions and required changes and, if not approved, is a lease termination right really a meaningful remedy for the tenant under these circumstances?

In such a scenario, and often with a tenant rushing to sign a lease with the developer, tenant’s attorney must be able to anticipate these potential hazards. Perhaps a site plan attachment to the lease, without construction drawings, is sufficient – but the lease should have very specific time periods for the preparation of full drawings, and for tenant to be able to review and approve same before landlord’s submittal. Also, perhaps a lease termination right is the only remedy available if the plans and drawings are not timely approved, if not rejected – but then a termination payment (and a potential back-up deal) is advisable. The solutions to these questions are not always apparent, and certainly not ideal, but the good legal practitioner must nevertheless anticipate these problems, advise the client, and strenuously seek to mitigate the risks.

Another set of issues arises in the situation where the landlord is developing the core and shell of the premises, but the tenant is responsible for much of the interior build-out.

Here too, the tenant faces the challenge of having a meaningful and realistic sense of its layout, while the feasibility of the core and shell – either due to changing conditions or the unknown that is governmental approvals – remain something less than a certainty. For example, a developer-landlord is building a branch bank, and the bank client has its prototype layout, modified for the specific site, and depicting a drive-through on one side of the building. But, in the approval phase, the drive-through is not granted in the initial location, and thus the tenant’s expected layout becomes irrelevant. This is something the bank’s attorney should anticipate – not necessarily every possible disapproval by the local governmental authorities, but rather that, in the development context, things are extremely fluid and therefore the lease provisions must have the proper flexibility (such as, in this example, the right of the tenant to modify its layout) in order that the deal does not collapse due to a rigid conception that what is expected will necessarily be so.

In addition, in these shared-development arrangements, the landlord may be performing certain core work to the interior, perhaps the installation of plumbing or HVAC or sprinkler systems, at the same time that tenant is permitted to, or feels compelled (for reasons of expediency) to perform its work. Besides obvious issues of the parties not interfering with each other, which are rather easily addressed by lease language, the attorney should have sufficient construction sense to ask questions like, how can the landlord commit to a specific ductwork or sprinkler configuration, as part of its initial work, without the tenant having prepared its demising plans? If the attorney lacks the ability to anticipate sequencing-related development issues, then a leasing deal where each of landlord and tenant has construction obligations is likely to generate early friction, especially when both parties have deadlines and penalties associated with such demands.

Beyond issues relating to site plan and other approvals, and sequencing regarding construction, basic due diligence, specifically regarding title and survey, is an important yet sometimes overlooked aspect of these leasing deals. If not a part of the attorney’s focus, these title and survey matters may cause a development lease to topple early in the landlord-tenant relationship. A tenant, especially one urgently in need of an expansion or relocation, may question the attorney’s suggestion that title and survey (and an environmental report) be obtained and reviewed before lease execution. However, when dealing with a standalone, to-be-constructed (or significantly improved) premises, in many ways, the tenant should view the matter almost as a purchase of the site. Whether or not the tenant elects to purchase a leasehold title policy, a thorough review of existing encumbrances and the location of easements is an essential task for these types of matters.

In one recent and extremely unusual example, it was only after the tenant had signed a letter of intent to lease a building to be expanded by the landlord, and after lease negotiations had begun and title was reviewed, that an existing, but vacant, tenant of the property was discovered. I wish I could have seen my counterpart’s reaction over the phone when I informed the attorney of the tenancy.

More commonly, however, a survey review reveals easements that could impact the development of the property. Often, I have observed easements about which even the landlord-developer was not aware. In some cases, an item depicted on the survey may be removed as a title policy exception by way of an affidavit from the landlord. However, in other situations, a discovered easement may require a significant reconfiguration of the proposed development. The careful attorney makes sure that all of these encumbrances and easements are identified early in the process, before money is spent on site plans and other drawings that, due to actual conditions on the ground, are useless. These are precisely the types of issues that have to be uncovered and addressed in order that a solid foundation to a lease, one that reflects the real site conditions to be developed, may be established.

A final example concerns parking. Of course, parking spaces are shown on the site plan for a property to be developed and leased, and perhaps legal counsel’s attention ensured that the proposed parking satisfies applicable zoning requirements. However, in situations where an existing building is being expanded or drastically modified, I have seen the tendency to ignore the parking that is already present, with the parties focusing almost exclusively on the building to be redeveloped. But the redevelopment may necessitate the creation of additional parking spaces on site, or maybe a reciprocal parking easement agreement or land-swap deal is needed to obtain the use of parking spaces not otherwise achievable. The carefully constructed lease will address these needs at the outset, and certainly not after lease execution and once the development has commenced.

A long time ago, a senior partner who specialized in leasing told me that, in contrast to an acquisition, and certainly a disposition of property, leases were the truly complicated and involved transaction. Explaining to me that a good lease was one that reflected the long-term relationship between the landlord and tenant (as opposed to the fleeting nature of a sale or purchase of property), this wise attorney advised that a lease needed to be constructed carefully, like a well-designed building. Otherwise, he warned, the facade could develop a fissure that might quickly lead to a collapse of the entire deal structure.

How much more so is this true in a situation where a lease is predicated on the landlord performing actual construction. If issues concerning the development of the site – whether arising from plan approval, or sequencing of work, or actual conditions on the ground – are not anticipated and identified early in the process, then the lease structure may be on shaky ground and significantly threatened. Moreover, in a development-lease deal, problems that are only uncovered after lease execution, and which are not accounted for in the lease document, are often very expensive to rectify. Good legal counsel representing the tenant, especially a tenant not versed in real estate matters, must learn the subject site and craft a lease document that reflects the actual site conditions and that anticipates the likely delays and pitfalls. 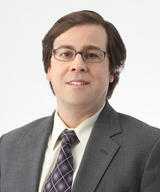 Opportunity Zones: A Win-Win for Investors and Communities

An Opportunity Fund investment must make sense for the specific situation.