MCC: Delaware has long been regarded as the epicenter of corporate law developments, but not as much relative to life sciences and intellectual property. Is that changing and, if so, why?

Kelly: It’s not up there yet with Boston or San Francisco, but it’s growing sharply and steadily, and with good reason. First, let’s quantify the phenomenon. We have the University of Delaware, a major research institution, supported by a new life sciences research facility on UD’s Newark campus. We have the DuPont Company’s world headquarters here. With AstraZeneca U.S. – headquartered here as well as up-and-comers, such as Incyte Pharmaceutical Co., Delaware has a growing presence in life sciences and one I think you’re going to see continue to grow. And right up the road we have Philadelphia, whose Navy Yard is one of GlaxoSmithKline’s two large corporate headquarters in the U.S., and New Jersey, home of Merck & Co. But returning to Delaware, Governor Jack Markell is one of the best governors in the country. He has encouraged the expansion of life sciences to attract more jobs to Delaware, and so far, so good. Wilmington has become one of the new hotbeds of life sciences, and we’re proud that one of our partners here is secretary to the Delaware BioScience Association.

MCC: So Delaware has become something of a life sciences hub. Would you say the legal environment has had something to do with that?

Kelly: Absolutely. IP rights are for the most part litigated in federal court, and many companies choose the District of Delaware or the District of New Jersey, which has become more business friendly in recent years. I handle cases in both jurisdictions; both have great benches and, of course, if you’re incorporated there, that’s a basis for jurisdiction. But I’d like to talk about the Delaware bench in particular. Right across the street from where I sit today, in the District of Delaware, are a number of judges who each routinely handle hundreds of IP cases at a time. They are a sophisticated bench that has been at the forefront of IP litigation, a burgeoning area of law over the past 10 years. A lot of the corporate assets in the United States today are intellectual property assets, and lawmakers and courts nationwide are struggling mightily to play catchup.

Case in point: the America Invents Act. Enacted in 2011, it is the most significant change to the U.S. patent system since 1952. And it wasn’t just Apple and Hewlett Packard who were pushing for the AIA; also in the vanguard of companies seeking reforms were branded pharmaceutical companies, which have played a key role in providing innovative medications. McCarter represents many branded pharmaceutical companies, and – out of loyalty to our clients, but also because we believe IP rights are essential to a vibrant, creative and innovative culture and economy – we do not represent the generic pharma sector. By the same token, we represent employers and not employees in employment disputes. Yes, it’s caused us to turn away a lot of business, but we’d rather have fewer but happier clients.

MCC: And the state’s legislative acts and judicial rulings have had something to do with that as well?

Kelly: Life sciences corporations want to come here. All corporations want to come here. They know they’ll get a fair shake in Delaware from a great bench that’s produced a great body of corporate case law, and if their case is tried to a jury, they’re less likely to get a runaway, plaintiff-friendly jury panel than in some major metropolitan city.

MCC: Has the sharp upturn in life sciences and IP activity supplanted – or simply augmented – traditional corporate law in Delaware?

Kelly: That’s an easy one – augmented. There’s no question that Delaware was and remains the incorporation capital of the U.S. If you look at its general corporation law, it has guided the corporate law of every other state. Most Fortune 500 companies are incorporated here because they like the fairness and stability of Delaware law and Delaware’s premier bench. When you incorporate in Delaware, you obviously run the risk of being sued here, and we have excellent courts and a great legal system. The Delaware Court of Chancery hears only business cases and uses only judges, no juries. There’s been a sharp rise in shareholder representative litigation, both class actions and derivative suits, and for large corporations with hundreds of thousands of shareholders, Delaware is often considered an advantageous venue for defending such litigation. Corporations think they get a fair shot here, and with good reason.

MCC: Please tell us a bit about your practice and what differentiates McCarter from its competitors.

Kelly: I’m the chairman of McCarter and have been since July of 2009. We also have a managing partner and an executive committee, so I’m still able to maintain a full caseload as a trial lawyer. I started 32 years ago trying products liability and tort cases, then moved on to complex litigation, intellectual property cases and general corporate litigation.

Probably because I’m Irish, I like standing up and talking to a jury, so I’ve seen the inside of a courtroom in a wide variety of cases and tried cases in at least 20 states. But most recently, the bulk of my work has been shareholder litigation, followed by intellectual property and antitrust cases. While I live and work in Delaware – I’m a fourth-generation Delawarean, by the way – McCarter has nine offices dotting the Eastern Seaboard, from Boston to Washington, and I spend a lot of time in each of those offices. I’m very happy with the fact that we’re regional, rather than national. It gives us the ability to do better work at less cost.

MCC: Many of the nation’s most high-profile bankruptcy cases are adjudicated in U.S. Bankruptcy Court for the District of Delaware. What do you think accounts for that?

Kelly: For years Delaware led the nation in bankruptcy filings, and while it’s no longer No. 1, it’s still up there, in large part because we have a great bench. Companies incorporated in Delaware can file for bankruptcy here but they don’t have to. Yet the Bankruptcy Court continues to be very active – as is McCarter’s bankruptcy practice in the state. Clients who have filed here tell us that they have been very happy with the results they have obtained because they’ve gotten a fair shake.

Kelly: Absolutely. And to your point, while we’ve represented both debtors and creditors, we focus more on creditors, and I can say without reservation that they feel similarly about the Delaware judiciary. Our bankruptcy practice is concentrated in Wilmington and Newark, N.J., and our dedicated attorneys do this work day in and day out – and year in and year out. One member of our group has been at it for over three decades, and another, partner Charles Stanziale, is on a shortlist for court-appointed trustees.

MCC: Can you talk about your shareholder litigation practice?

Kelly: We’re blessed to have the Delaware Chancery Court, which has exclusive jurisdiction over most shareholder-related actions and which is composed of judges who are uniformly regarded as among the best in the land. Our governors have been very careful to pick the best and the brightest for that court, not only because it’s a bench-trial only venue, but also because the complex nature of the matters requires a highly sophisticated bench. For the litigant, that means you’re assured of drawing a judge who knows what he or she is doing and one who will render a fair result. I’m often in the Chancery Court and can’t speak highly enough of Andre Bouchard, a world-famous corporate litigator who last year took a pay cut to become chancellor. His four vice chancellors – John W. Noble, Donald F. Parsons, J. Travis Laster, and Sam Glasscock III, distinguished jurists all – also had noteworthy careers in the private sector.

MCC: Even with other states borrowing pages from Delaware’s corporate playbook, the state is still the number No. 1 choice to incorporate in. Why is this so?

Kelly: Track record is one reason. We don’t just have a body of corporate law that is well-defined and fair to directors and officers, but also one that is predictable because it’s been interpreted by a dedicated and highly experienced bench. Not to disparage the plaintiffs’ bar, but there are firms looking to make some money whenever they see a deal or a merger. If they file in Delaware, the defendant can take some solace in the fact that the fate of the corporation will not rest in the hands of jury, but with a judge who routinely does this kind of work and who sees through disingenuous claims.

MCC: It seems the business judgment rule is alive and well in Delaware.

Kelly: Absolutely – as it should be. It’s a good rule that has served us all well.

MCC: We understand you’re handling an interesting case involving the University of Delaware.

Kelly: I respect the University of Delaware and have a long family history of involvement with it; I have supported them financially. But on this matter, the University was intransigent and didn’t want to work with my client, so we had no choice but to file. In essence, the UD breached a 75-plus-year lease with my client, claiming well after the agreement was signed that the project “was not a good fit.” The UD capitulated to a small group of environmental extremists, notwithstanding the fact that the project had the highest-available pre-construction LEED approval. The UD’s breach cost Delaware residents the loss of substantial tax revenues and jobs. It really is a sad tale.

MCC: It sounds like a case you’re passionate about. I understand you’ve taken some bold moves in terms of a litigation strategy.

Kelly: This case is captivating many because the University is such a huge player in such a small state – with jobs, college athletics, so many alumni, and so on. I do mostly defense work and try my best to settle all of my cases early on, so as to avoid unnecessary expense. But if the other side doesn’t want to settle on reasonable terms, then the gloves come off and I represent my client zealously, including getting fulsome discovery, meaning, for example, not just my adversaries’ emails, but email revisions and all metadata. I’m taking the same approach to the UD case and looking forward to trying it. I hope the outcome sends yet another message to businesses outside the state that they can come to Delaware and get a fair shot.

MCC: Do attorneys in the Wilmington office approach pro bono work with the same zeal?

Kelly: Yes. One of the things about our firm of which I’m most proud is that pro bono is front and center of our culture. We encourage it, we do a lot of it and we’ve received awards for it. We have a full-time pro bono director. Our average number of pro bono hours per lawyer is high in all our offices. Lawyers complain a lot, but at the end of the day, you and I know we’re a very lucky breed. Well, I believe we should give back, and we do.

Kelly: I’m very bullish on McCarter. We’ve been around for over 170 years, and I think we have another 170 years ahead of us. I’m just very grateful to be in this firm – and very thankful to you for taking the time to interview me. 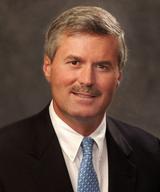 Collection is often considered the most technically rigorous and complex phase of e-discovery—it involves the acquisition of potentially relevant electronically stored information (ESI) from native sources into an eDiscovery platform for investigation or review. Collection is also the stage at which large and unexpected risks, time delays and unnecessary costs can quickly spiral out of control.