Defending Against The New Wave Of Food Misbranding Litigation

Recent months have witnessed a surge in class action complaints alleging that food labeling is deceptive or in violation of applicable regulations. The dramatic increase in litigation may at first glance seem counterintuitive, since there have not been any radical changes in how food manufacturers have labeled foods. Nevertheless, we are seeing plaintiffs’ lawyers gravitating to these types of cases, including many of the same lawyers who litigated against the tobacco companies.

The plaintiffs’ bar seems to be drawing parallels between tobacco litigation and the new food labeling cases. One of the most prominent plaintiffs’ lawyers told the New York Times, “Food companies will argue that these are harmless crimes – the tobacco companies said the same thing.” Of course, neither the food companies nor the tobacco companies have confessed to crime sprees, harmless or otherwise. But the new misbranding cases are fueled by more than just rhetoric.

Much of the activity is in California, largely as a result of two relatively recent decisions from the California Supreme Court: In re Tobacco II Cases and the Farmed Raised Salmon Cases. Plaintiffs have used In re Tobacco II Cases to argue that standing by one class representative (based on an injury suffered as a result of an unlawful act) suffices to confer standing on other class members, even those who cannot meet standing requirements. Moreover, plaintiffs have seized upon dicta in the Farm Raised Salmon Cases (which, strictly speaking, were garden-variety false advertising cases) to argue that private parties have the right to enforce California’s food labeling laws. Since these laws incorporate federal labeling laws, including all of the related FDA regulations, plaintiffs have taken the view that they have the same right to enforce FDA regulations as the FDA. These plaintiffs, however, are seeking disgorgement remedies that go far beyond anything the FDA can or would seek.

In dozens of cases, plaintiffs, trying to take advantage of Farm Raised Salmon, have alleged that seemingly innocuous labeling statements are actionable by California-wide classes because the statements, at least in plaintiffs’ view, violate obscure FDA regulations. Similar cases have arisen outside of California, but from a plaintiff’s perspective such cases are far less attractive. No other jurisdiction has entertained claims of plaintiffs – even class members – who lack standing. And no other jurisdiction has a statute analogous to California’s infamous Section 17200, under which private parties claim the right to enforce every law on the books.

Despite the cookie-cutter nature of many complaints, each case will turn on its own facts. Thus, the core of a good defense in virtually any major litigation is the factual investigation, and not just the filing of the expected motions. While the merits of the claim might not be argued in the first motion filed, having command over the merits will yield dividends even when only arguing the subsidiary issues.

In a misbranding case, this means focusing on the claims of deception. Just because a plaintiff claims that a label is deceptive does not mean that anyone was actually deceived – including the plaintiff. In addition, since the FDA and its regulations have pervasive control over food labels, at the outset counsel should analyze how the regulations treat the label claim at issue. And counsel should go deeper, sifting through the FDA’s guidances, enforcement letters and other informal communications. Often, it is only there that the details emerge of how the FDA views a specific issue and how that view may have changed over time.

Fully understanding the regulatory backdrop is critical because it is the predicate for a solid preemption defense. Preemption is often dispositive on motions to dismiss. Even where it is not, the threat of preemption constricts the nature of the claims that plaintiffs may bring.

The federal Food, Drug, and Cosmetic Act (FD&C Act) contains two preemption clauses. The older of the two, Section 310 (21 U.S.C. § 337), prohibits private parties from enforcing the FD&C Act. The second clause, which arrived with a 1990 overhaul of labeling requirements, prohibits states from imposing labeling requirements that are not identical to federal standards. FD&C Act § 403A (21 U.S.C. § 343-1).

Section 403A is the clause that is more frequently litigated. It is most effective where the disputed labeling claim is expressly permitted by regulation, although the clause’s scope is broader. Generally, plaintiffs who ask courts to second-guess the FDA tend to lose motions to dismiss. One such case to watch is Young v. Johnson & Johnson, which is now pending in the Third Circuit.

In an effort to avoid the scope of Section 403A, plaintiffs are focusing on labeling claims that are not specifically addressed in FDA regulations. Many cases, for example, allege that the use of the word “natural” is deceptive. More recently, plaintiffs have brought dozens of cases alleging that various food labels violate FDA regulations and are thus, in the terminology of the FD&C Act, “misbranded.” While such claims may avoid the preclusive effect of Section 403A – so long as the plaintiffs demand only label changes that are compelled by federal regulation – these cases may in any event be preempted by Section 310.

Section 310 precludes private parties from acting as regulators and from filing suit to enforce the FDA’s million-and-one regulations. States are permitted to create substantive standards that are identical to federal standards. But a key issue in pending litigation is whether California, through Section 17200, can give private parties the right to enforce those adopted federal standards. Plaintiffs view Farm Raised Salmon as supporting such enforcement rights. Defendants can counter with the U.S. Supreme Court’s Buckman decision (finding that state-law attempts to enforce obligations to the FDA are preempted), the Ninth Circuit’s opinion in Pom Wonderful (finding Lanham Act claims barred as improper attempts to enforce the FD&C Act) and the recent Arizona v. United States decision which, in the context of immigration law, teaches that state enforcement of federal requirements can be preempted as interfering with the federal government’s prerogative of determining when and how federal laws should be enforced.

Courts also dismiss misbranding cases under the related doctrine of primary jurisdiction. In recent weeks, courts have dismissed cases alleging the misbranding of “Greek” yogurt and “natural” cosmetics, recognizing and deferring to the FDA’s expertise and ability to promote uniform rules.

Misbranding cases typically involve label claims that may have been on every package sold to class members. While this gives class treatment a superficial appeal, certification is far from automatic. Indeed, liability and remedies will often not be common to the class, or even to most of it.

Even where the label claims are uniform, there will be significant differences in how class members responded to the labels. Most consumers do not read every statement on a label. Moreover, not everyone who reads a label will care about what it says. While a plaintiff may focus on claims that the product is “natural” or “healthy,” discovery may show that most consumers buy the product for entirely unrelated reasons, such as taste, quality or cost. Even among consumers who both read a disputed label claim and viewed it as important to their purchasing decision, many will not have relied upon the statement. This is particularly true for consumers who have access to additional or correcting sources of information, such as where the label’s ingredient list or nutrition fact panel corrects any purported misimpression that may have been left by the disputed label claim.

Also important is that in a class of food purchasers, many class members will be repeat customers, and longtime purchasers may be differently situated from a first-time buyer. For example, it is possible for a consumer to purchase a product, only to be dismayed to find that part of the package is taken up by empty space. It is far less plausible to allege that consumers are deceived by such “slack fill” the second, third or twentieth time they purchase the same product.

The plaintiffs’ lawyers are using the same playbook as they did in tobacco litigation. Food manufacturers are now demonized as “Big Food.” The popular press has publicized assertions that food is “addictive” and that food manufacturers make their products “hyperpalatable” purportedly to “hook” consumers. But there is nothing inevitable about massive or industry-wide judgments. Remember, a few years back the plaintiffs’ bar reaped very little from claims that “fast food” restaurants made their customers obese.

For that matter, there is nothing inevitable about judgments against tobacco companies. Jones Day’s lawyers have won many recent victories on behalf of R.J. Reynolds. One of the most recent is In re Tobacco II Cases. Although the holding of the California Supreme Court’s interlocutory opinion seemed very favorable to the plaintiffs, on remand Jones Day secured a dismissal with prejudice for our client. 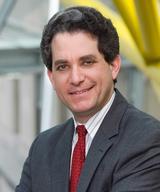 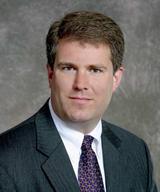 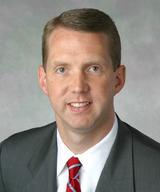 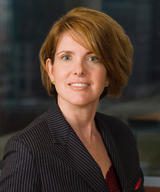