Stephen Schaefer of Fish & Richardson discusses emerging trends in patenting medical devices, the challenges and opportunities ahead at the Patent Trial and Appeal Board, or PTAB, and how a shifting patent landscape has affected the medical device industry. His remarks have been edited for length and style.

MCC: Tell our readers about your patent practice and your experience representing clients in the medical device arena.

Schaefer: The biggest part of my practice is helping medical device companies, particularly early stage companies, protect and position their technologies to gain competitive advantage. I learn my clients’ business at a very deep level so the intellectual property (IP) strategy can support their business in a very direct way. This includes creating patent protection barriers and defensive strategies. I have a strong background in patent litigation and an in-depth understanding of judges and juries, who may someday be the audience determining the fate of the patents that we are creating. This background helps me develop patent strategies for clients that will hold up under the rigors of litigation if necessary.

Contested post-grant validity proceedings in the Patent Office are another large and growing part of my practice. I have served as lead counsel in over 30 inter partes review (IPR) matters on medical device patents over the course of the last three years alone.

MCC: What competitive issues do medical device companies typically encounter, and how can a good patent strategy minimize those risks?

Schaefer: Competitor patent litigation is commonplace in the medical device area, even more so than in many other industries. That means that every company operating in this space, including early stage medical device companies, must have a solid defensive strategy which requires a deep understanding of freedom to operate risks and good judgment about the severity of those risks. Indeed, investors and acquirers pay a lot of attention to freedom to operate issues during due diligence.

It’s important that these risk assessments be done wisely from a budget standpoint, so the client has the remaining budget to pursue its own patent filings. As with many things, a balanced approach is best. I’m not afraid to tell my clients not to waste their budget or time on defensive studies and positioning when that won’t strengthen their overall IP position. For example, it is possible that a company may be spending too much time and money on freedom to operate and risk mitigation, and doing so might be taking away from the strength of its own patent filings.

I advocate following an 80-20 rule on freedom to operate studies, focusing on identifying and assessing the higher risk issues, but it takes judgment and experience to recognize where to draw that fine line. It’s important to remember what can, and even more importantly what cannot, be gained through a freedom to operate study effort. The client can often get value from a freedom to operate effort when it leads to risk-reducing design changes at an early stage, before making design changes becomes too difficult from a regulatory standpoint. However, a client won’t get the assurance of not being sued, even on patents that are identified and where a reasonable invalidity position is developed.

I often hear freedom to operate study efforts can mitigate risks by leading to an early license of patents that may be a problem down the road. In reality though, it is very infrequent that a freedom to operate effort has led to in-licensing a patent. It is also difficult in most cases to identify “stretch” patents with a disclosure that does not look like the device a client is developing but which has been prosecuted to obtain claims that cover the client’s device. It is unrealistic in my view – and extremely costly – to aspire to identifying these often hard-to-identify patents in a freedom to operate effort, and most often the cost-benefit assessment does not justify the additional resources.

MCC: You have done countless IP due diligence studies and advised many large companies and venture funds regarding their investments in medical device companies. Tell us about that.

Schaefer: I have worked with some of the leading venture capital funds focused on the medical device space, which has exposed me to a wide range of medical device products and business plans. What I love most about IP due diligence projects is seeing how entrepreneurs see the world, and how they see solutions where others don’t even see problems.

I approach every IP due diligence project by starting with an understanding of the value proposition for the target company from a clinical and business perspective. I review the investor deck in detail and discuss with the client what it is that makes the client excited about the investment. In the end, I view my job as assessing how the IP supports the value proposition. While a positive IP assessment makes it easier to make an investing decision about a target company, a negative assessment doesn’t necessarily mean the deal is dead. For example, I once evaluated a target company for a client and found its patent filings to be lacking, being focused on mechanical details instead of the new and compelling clinical therapy. There was no patent filing that described the medical therapy from beginning to end or its benefits. The patent strategy was clearly misdirected, because previous patent counsel lacked experience in the medical device arena and didn’t understand what would stand up to an obviousness challenge in court or in the Patent Office. Despite the negative IP assessment, I also considered remedial actions as part of the diligence. In the end, our client made the investment because the clinical therapy was so compelling and there was still time to fix the IP. After the investment, I then worked with the company and its patent counsel to formulate new patent filings that protected the value proposition for the company.

MCC: Why is developing a client’s patent strategy vis-à-vis competitors so important?

Schaefer: The most important building block of a strong patent position is developing an understanding of the patent landscape relevant to the client’s business goals. This is critical to making strong early patent filings, knowing what to focus on and not wasting resources in the process, and in understanding freedom to operate risk issues. Understanding the patent landscape and its relevance to the client’s business objectives ultimately becomes a living, growing component of the IP effort during a company’s growth process.

MCC: Fish is regularly named a top law firm at the PTAB. How are you using IPRs in your patent and litigation strategies for medical device companies?

Schaefer: Every single medical device litigation involves an IPR strategy whether or not IPR actions are actually filed. That’s because the PTAB has not been shy about invalidating patent claims in IPR proceedings for obviousness. In fact, for those IPR proceedings that go all the way to a final written decision by the PTAB, and don’t settle before that decision is handed down, only 14 percent of patents emerge unscathed with all challenged claims being confirmed. A daunting 72 percent emerge with all claims invalidated. For medical device cases, the statistics are comparable, and the number of IPR filings directed to medical device patents is growing.

Some of my medical device clients were early adopters of the IPR option, and we have had great success in invalidating competitor patents that put hundreds of millions of dollars of my client’s product at risk. And although it’s much more difficult to achieve, we’ve also seen success in withstanding a PTAB validity challenge.

Bottom line, the IPR option has changed the litigation game. And it has opened some eyes on the patenting side. You can’t cut corners and think you’re going to have enforceable patents.

Schaefer: The issues I’ve most often encountered recently have to do with field licenses and issues of what parties are required to be involved in a lawsuit in order for one licensee to bring the lawsuit. The law here has been evolving and, I think, is not well understood by the attorneys typically drafting license agreements. Recent case law makes it very important for
a field licensee to ensure that other field licensees to the patent are obligated to participate in a patent enforcement action.

MCC: What is on the horizon in terms of recent rule changes, litigation or PTAB cases affecting medical device companies?

Schaefer: I’m watching closely the U.S. Supreme Court’s case in Cuozzo Speed Technologies, which involves the important question of how claim construction is conducted in inter partes review proceedings. In my opinion, the Patent Office’s application of the “broadest reasonable construction” in post-grant proceedings significantly undermines the efficiency goals behind the America Invents Act, but my hunch is that the Supreme Court will defer to the Patent Office’s rule-making authority and uphold the use of that claim construction standard.

MCC: You work with both large medical device companies and startups. What are the similarities and differences in the IP issues you tackle for each?

Schaefer: What I do for large versus small medical device companies is often very different. For a smaller company, I am typically accountable for developing the IP strategy and overseeing all of the patent related tasks. My larger clients have very talented in-house legal counsel who do much of that work, so I support them with advice on best practices and strategic initiatives. But in the end, both large and small companies want the same thing – experienced guidance to reach their IP and business goals.

MCC: Looking at the global market, what do you see as the major IP opportunities and threats for medical device companies?

Schaefer: The biggest thing I see on the global stage in terms of opportunities is Europe’s new unitary patent system. The system may go into effect as early as 2017. It changes the existing country-by-country enforcement scheme to one enforcement action, covering all 26 EU countries, and thus has the possibility of greatly increasing the competitive leverage afforded European patent rights. 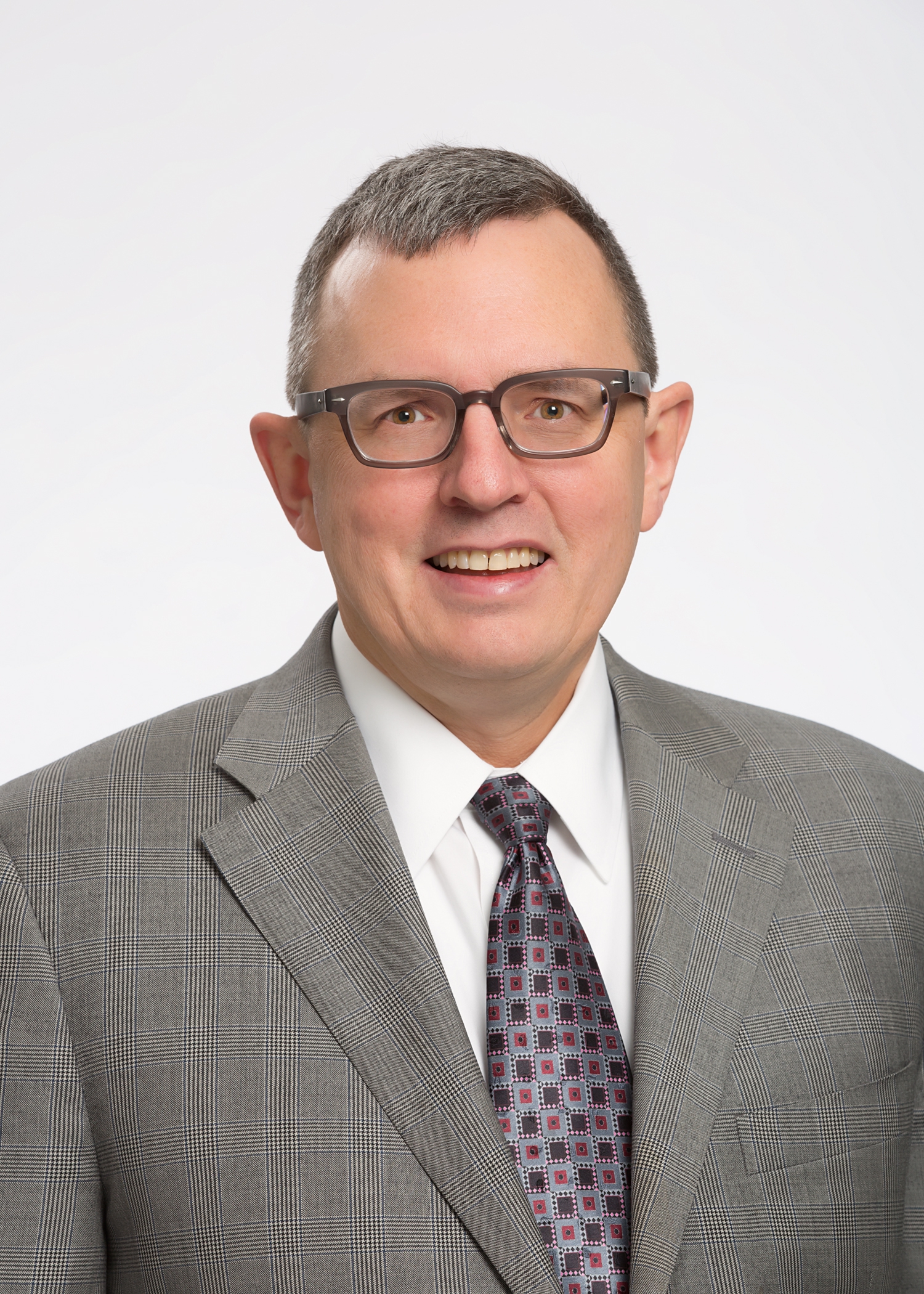