Civil Rules Roundtable: Getting to the Heart of the Matter

Rule 26(b)(1) has been changed, effective December 1, to address issues and concerns growing out of how courts and parties have responded to the 2007 changes to the FRCP. With 26(b)(1), the main thrust is to bring proportionality to the forefront. Litigants should see these changes as a clarion call for early assessment of data, both to meet the spirit of the changes – a renewed focus on proportionality – and to more quickly, effectively and efficiently get to what matters most in a case.

The Rules Committee made six changes to 26(b)(1). First, it added new language to the opening portion of the rule, intended to emphasize that for information to be discoverable, it must be both relevant to a party’s claim or defense and proportional to the needs of the case. Second, it relocated proportionality factors, placing them immediately after the revised clause. Third, it reworded and reordered the proportionality factors. Fourth, it eliminated as no longer necessary the clause beginning, “including the existence.” Fifth, it deleted the provision that “For good cause, the courts may order discovery of any matter relevant to the subject matter involved in the action.” Finally, it got rid of the penultimate sentence of the previous version of Rule 26(b)(1), that “[r]elevant information need not be admissible at the trial if the discovery appears reasonably calculated to lead to the discovery of admissible evidence,” replacing it with “[i]nformation within this scope of discovery need to be admissible in evidence to be discoverable.”

For law firms and legal departments, these changes are a caution and an opportunity.

First, the caution. The Committee is admonishing litigants against using e-discovery as a tool to drive up discovery costs and distract opponents and courts from “real” issues. The Committee’s concern with over-discovery is not new. As pointed out in the Committee Notes, over-discovery was a problem that the Committee sought to curtail with the amendments it made in 1983, 1993, 2000 and, although the Note does not mention it explicitly, 2007.

Now, the opportunity. Parties feeling burdened with “unreasonable” e-discovery costs should build their discovery strategies to mirror and should design their motion arguments to reflect the structure laid out with these amendments:

- From day one, dig into readily available electronically stored information. If you don’t know the scope of your information, you can make only haphazard guesses as to what scope of discovery will make sense.

- Beginning with your earliest discussions and meetings with opposing counsel, emphasize that you intend to contain and constrain the scope of discovery, especially e-discovery. Be as specific and detailed as you deem appropriate – which probably should be more specific and detailed than you are comfortable with.

- In these discussions and meetings, make good use of the six proportionality factors delineated in 26(b)(1): importance of the issues at stake in the action; amount in controversy; relative access to relevant information; parties’ resources; importance of the discovery in resolving the issues; and burden and expense versus likely benefit. As you use these factors, keep in mind that they are listed, more or less, in descending order of importance.

- Document what you have done. This is best done via a written communication sent to the other side, shortly after the discussion or meeting, setting forth what you discussed, what you were able to agree upon and what you could not resolve. Should there be a dispute later on, the contemporaneous documentation can help you considerably.

Do you want to pursue more expansive discovery rather than curtail the scope of discovery? Each of the suggestions above has a flip side to it that you can pursue.

As you work through this process, remember the venerable adage that what is sauce for the goose is sauce for the gander. Don’t expect much sympathy from a court if you have been trying to severely limit the scope of discovery the other side gets from you while also attempting to place substantial discovery burdens on your opponent.

It remains to be seen, of course, what impact these changes actually will have. If history is a guide, there will be much confusion, a low early adoption rate and many attempts to circumvent the changes. For law firms and legal departments that study the rules changes carefully and follow the leads set out in them, however, good things can happen. 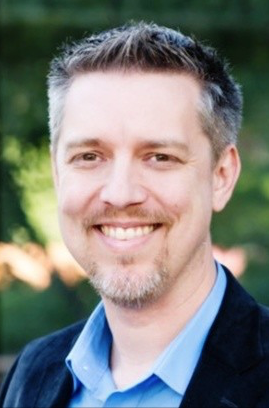