Are civil rights discrimination complaints under the Affordable Care Act ("ACA") on the rise? The enactment of Section 1557 of the ACA was viewed as unprecedented. The law emerged as an opportunity to potentially create sweeping change in relation to the administration of healthcare plans by explicitly protecting civil rights and prohibiting discrimination in the healthcare context in several new ways. Indeed, complaints appear to be on the uptick as individuals and organizations become more familiar with the law's scope and protections.

The Statute's Purpose And Reach

Section 1557 of the ACA prohibits discrimination or exclusion from participation in healthcare programs and activities receiving federal funds or that are administered or established by the federal government, which can include, for example, hospitals, health insurers and health insurance exchanges. The United States Department of Health and Human Services ("HHS") states on its website that "Section 1557 is consistent with and promotes several of the Administration's key initiatives that advance prevention and wellness, reduce health disparities, and improve access to healthcare services."

Section 1557's protections extend to discrimination on the basis of race, color, national origin, sex, age or disability. Of particular note, Section 1557 is the first federal civil rights law that prohibits sex discrimination in healthcare. The text of the statute specifically provides:

Except as otherwise provided for in this title (or an amendment made by this title), an individual shall not, on the ground prohibited under Title VI of the Civil Rights Act of 1964 (42 U.S.C. 2000d et seq.), Title IX of the Education Amendments of 1972 (20 U.S.C. 1681 et seq.), the Age Discrimination Act of 1975 (42 U.S.C. 6101 et seq.), or Section 504 of the Rehabilitation Act of 1973 (29 U.S.C. 794), be excluded from participation in, be denied the benefits of, or be subjected to discrimination under, any health program or activity, any part of which is receiving Federal financial assistance, including credits, subsidies, or contracts of insurance, or under any program or activity that is administered by an Executive Agency or any entity established under this title (or amendments). The enforcement mechanisms provided for and available under such Title VI, Title IX, Section 504, or such Age Discrimination Act shall apply for purposes of violations of this subsection.

Some organizations and providers have questioned the scope of "federal financial assistance" and whether the definition may cause them to fall outside of the purview of the law. Section 1557(a) explicitly defines "federal financial assistance" as "including credits, subsidies, or contracts of insurance, or under any program or activity that is administered by an Executive Agency or any entity established under this title (or amendments)."

The Office for Civil Rights in HHS (“OCR”) has the authority and is responsible for enforcing Section 1557 and investigating potential violations of the statute in relation to programs that fall within its coverage. Following enactment of Section 1557, OCR stated that it was accepting and investigating complaints under its given authority. It also announced that it would address Section 1557 by conducting outreach and providing technical assistance to covered entities and consumers.

Generally, a complaint must be filed with the OCR within 180 days of when the individual knew that the act or omission complained of occurred. However, OCR may extend the 180-day period if the individual can show "good cause." Additionally, Section 1557, similar to Title IX, allows individuals to sue directly in court to obtain an order ending any discrimination and to seek damages to compensate them for any injuries they allegedly suffered.

Several Of The Earlier And More Recent ACA Complaints

One of the earlier complaints under Section 1557 was filed by the National Women's Law Center (NWLC). In June 2013, the NWLC filed sex discrimination complaints against five institutions that excluded pregnancy coverage from the health insurance benefits provided to the dependent children of their employees. The complaints were filed with the OCR and were reported to be the first challenge to dependent pregnancy coverage exclusions under Section 1557. They were filed against both private and public institutions including Battelle Memorial Institute in Ohio, Beacon Health System in Indiana, Auburn University in Alabama, Gonzaga University in Washington and the Pennsylvania State System of Higher Education in Pennsylvania.

The crux of the allegations in the complaints was that the plans discriminated against women because the plans provided less favorable benefits to employees' daughters than to their sons. In other words, the NWLC alleged that when an institution excludes maternity coverage for employees' female dependent children, young women who remain on their parents' plans receive benefits that are less comprehensive than those that are extended to young men. This exclusion has perhaps increasing relevance in today's day and age, when an increasing number of young women and men are remaining on their parents' healthcare plans due not only to their own unemployment, in some cases, but also because the ACA requires plans that offer coverage to dependent children to extend such coverage until the children reach 26 years of age.

At the time, NWLC co-chair Marcia D. Greenberger was quoted as saying: "Our message to every institution providing health insurance in the country is that treating pregnancy differently, including by omitting it from health insurance coverage, is sex discrimination pure and simple and as such violates the law."

NWLC is not the only organization that has advanced its concerns about the administration of certain covered healthcare programs or activities. In May 2014, the AIDS Institute – a nonprofit AIDS agency that focuses on public policy, research, advocacy and education – and the National Health Law Program ("NHeLP") – a nonprofit that protects and advances the health rights of low-income and underserved individuals – filed a Section 1557 complaint against Coventry Health Care (owned by Aetna), Cigna, Humana and Preferred Medical in Florida.

The preliminary statement in the complaint provided the background that the AIDS Institute conducted an analysis of the prescription drug formularies and cost structure for all silver-level Qualified Health Plans (QHPs) operating in Florida. It further alleged that the analysis found that the QHPs offered by the defendants charged "inordinately high co-payments and co-insurance for medications used in the treatment of HIV and AIDS." Specifically, the defendants were accused of placing all HIV/AIDS medications on the highest cost-sharing tier and imposing "overly restrictive utilization management which unduly limit[ed] access to commonly used HIV/AIDS medications." Other plans in the marketplace that were reviewed, however, were alleged to offer such medications in a range of tiers and cost-sharing structures. The result of these practices, according to the AIDS Institute and NHeLP, is that these defendants allegedly discouraged individuals with HIV and AIDS from enrolling in their health plans, which constituted a practice that unlawfully discriminated on the basis of a disability.

Complaints also have appeared in several federal courts as well. In the summer of 2014, a transgender woman filed a complaint in federal court in the Central District of Illinois against her primary care physician and the not-for-profit healthcare clinic with which the physician was affiliated. In the complaint, the plaintiff alleged that she ordered hormones herself on the Internet and began self-administering them without medical supervision, after which time her physician refused to treat her or provide her any transition-related care. Thus, the plaintiff claimed that the defendants violated Section 1557 by denying transition-related care to her on the basis of her sex and transgender status.

Section 1557 can interplay with other statutes as well. For example, in June 2014, the Sylvia Rivera Law Project, the Legal Aid Society and Willkie Farr & Gallagher LLP filed a class action lawsuit in federal court against the New York State Department of Health. The lawsuit alleged that transgender women were denied medically necessary healthcare coverage because of a Medicaid regulation that was discriminatory, and argued that New York's regulation banning transgender healthcare coverage was unconstitutional. One of the challenges to the regulation that was alleged was that it conflicted with Section 1557, which prohibits discrimination on the basis of gender identity or expression. Specifically, Section 1557 is similar to Title IX, which prohibits sex discrimination in education programs that receive federal financial assistance and Title VII, which prohibits discrimination in employment. Under Title IX and other civil rights laws, sex discrimination includes discrimination based not only on sex but also based on gender identity, among other things.

It is clear that entities that are covered by Section 1557 should take steps to ensure that their healthcare policies do not subject them to legal risk. Discrimination claims likely will continue to rise as organizations increasingly devote resources to researching the healthcare practices of covered institutions and as individuals become aware of their rights under Section 1557. While sex discrimination claims seem to have drawn some of the initial and perhaps highest interest to date, other forms of protection – including for disability and race – are available under Section 1557 as well and should be considered. Individuals who provide medical care also should be aware of the protections of all aspects of the ACA and ensure that they provide coverage consistent with its requirements. 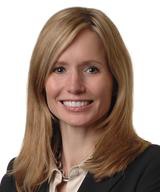