There has been considerable talk over the past five years about the substantial changes in the federal estate tax that were made permanent at the end of 2012, with the exemption increased to $5 million plus adjustments for inflation and portability between spouses. However, relatively little attention has been paid to the separate taxes that are collected at the state level in some 19 states[1] and the District of Columbia. As many fewer estates are affected by the federal estate tax, state estate taxes take on considerably more importance.

In the good old days, most states (but not all) had a “pick up” or “sponge” tax whereby the state accepted a death tax equal to the formula amount the federal tax laws permitted as a credit against the federal estate tax. For larger estates that paid federal tax, the state tax mattered little because it reduced the federal tax dollar for dollar. No more. As part of the Bush-era tax changes, the federal credit for state death taxes was phased out over three years ending in 2004 and replaced by a deduction. In most states, such as Florida and California, this meant the complete elimination of the state estate tax. Other states, such as New York, New Jersey and Connecticut, amended their statutes to maintain their separate estate taxes and “decoupled” from the federal system.

State estate tax laws have been in a constant state of flux. Mounting budgetary pressures in some states create an incentive to add an estate tax. In other states, there is pressure to reduce or eliminate the estate tax by increasing the exemption, lowering the rate or outright repeal. It is common for a state to enact the tax, then repeal it or substantially modify it within a couple of years.

So, how do the state estate taxes work? Each state has its own exemption, which may or may not equal the federal exemption, and each state has its own rates, often based on the rates used to calculate the old federal-state-death-tax credit. New Jersey has the most onerous tax. It has an estate tax exemption of only $675,000, with graduated rates up to 16 percent. Estates under the exemption will pay no tax. However, once an estate exceeds $675,000, it “falls off a cliff,” and the estate is taxed on all property in excess of $60,000! (New York has something similar, but the exemption is larger.) Typically transfers to spouses and charities are tax free.

States generally apply the same rules as are used for federal estate tax purposes, both as to what assets are taxed and how they are valued. Thus, real estate located within the state, cash, securities, IRAs and other retirement benefits, personalty and certain property deemed to be owned by the decedent (such as property given away during the decedent’s lifetime as to which he or she has retained certain rights or powers) are all subject to estate tax. A state estate tax return will have to be filed if the decedent’s gross estate exceeds the state’s applicable exemption amount, even if there is no tax to be paid (for example, if the bulk of the estate goes to a spouse or charity). State returns are normally due at the same time a federal estate tax return would be due – nine months after the date of the decedent’s death, plus extensions, although there are exceptions (Connecticut, for example).

The disparities between the federal and state estate tax rules and the possibility of being taxed in two or more states with markedly different systems of taxation create complexity and traps for the unwary, and require careful individual planning and discussion with the client.

If you are a domiciliary of a state that does not have a state estate or inheritance tax, you may nonetheless be exposed to state estate tax if you own real property or tangible personal property in a state that does have the tax. You would then pay a fraction of the state estate tax based on the ratio that the real or tangible property located in the state with the tax bears to the entire estate. The classic scenario would be a Florida resident who owns a valuable vacation home in, say, New York or New Jersey. Conversely, if you live in a state with an estate tax like New York but own real or tangible property in a tax-free state like Nevada, you would get the benefit of your home state not taxing the property located elsewhere.

The federal estate tax contains a portability provision that permits a surviving spouse to make use of the unused federal estate tax exemption from a predeceased spouse. If a couple does not do the classic bypass/marital deduction planning,[2] the predeceased spouse's exemption need not be lost. However, the states do not have portability provisions, and a state exemption that is unused (for example, because everything goes to a surviving spouse) will be lost forever, resulting in increased taxes at the death of the surviving spouse.

Even if a couple does the classic planning, the lower exemption in most states with an estate tax can result in a potentially big tax bill up front. For example, a bypass trust in the amount of $5,340,000 (the amount of the 2014 federal estate tax exemption) will result in a tax of more than $430,000 if the decedent resides in New York or New Jersey. And because there is no federal tax, the state tax is not deductible. There may be some advantages to paying this tax up front, especially for larger estates, but it can be a nasty surprise for a couple who thought they were planning for a tax-free estate when the first spouse dies.

Validly contracted same-sex marriages are now recognized for federal estate tax purposes, and transfers between same-sex spouses can be made free of federal estate tax. (It is not a coincidence that the Windsor case, which resulted in the Supreme Court overturning parts of the Defense of Marriage Act, involved the disparate treatment of same-sex spouses for federal estate tax purposes.) However, only some states recognize same-sex marriages, and, thus, a benefit available at the federal level may not be available in calculating state death taxes, resulting in some very large tax bills even for relatively modest estates.

So what can be done to minimize the state estate tax bite? Here are some strategies:

These are but a few options, and the most important of them is the last: seek good advice from qualified estate planners to help minimize your exposure to state estate taxes.

[2] A typical plan would create a bypass or credit shelter trust to make use of the first-to-die’s exemption amount with the balance of the estate eligible for the marital deduction and passing tax-free to the survivor. 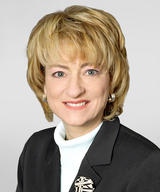 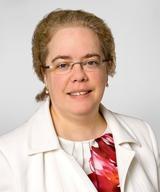 The Road to ESG Litigation is Paved With Good Intentions – Justin Anderson, a Partner in the Litigation Department of Paul Weiss Discusses the Latest ESG Litigation Trends with Host Richard Levick of LEVICK

Justin Anderson is a partner in the Litigation Department of Paul Weiss and a former federal prosecutor and experienced trial and appellate lawyer. He spoke with Richard Levick of LEVICK about the changing and ever more challenging issues companies are confronting now and in the near future on ESG issues.

A China Briefing on Trade & Taxes With Kyle Freeman, a Partner at Dezan Shira & Associates in Beijing with Host Richard Levick of LEVICK