CCBJ: The LexisNexis annual CounselLink report has become a useful benchmarking tool for legal departments. Tell us a little about its history and how it’s being used.

Kris Satkunas: We’ve been producing the CounselLink Enterprise Legal Management Trends Report for five years. We started it because we had this wealth of data from the billing information that comes through the invoices that are processed through CounselLink. Our customers, i.e. legal department managers, were able to look at their own data to answer questions like, What are the rates that I’m paying, and how is that changing over time? What is the mix of the type of work that my department has? What law firms are we using, and how is that changing?

But then clients began to ask how they compare to everybody else. Years ago, we would have answered those questions anecdotally, based on our experience with many law departments. But we knew how valuable it would be to be able to answer with real, hard data. So, over five years ago, we aggregated the data that flows through CounselLink into a separate database and anonymized and normalized the data. The objective was to have that data in one place, and to be able to compare the rates that departments are paying and the volumes of legal work that are out there and see things like consolidation trends and nontraditional billing arrangements. So those questions that we were answering anecdotally, we now can answer by using data. The trends report is the mechanism through which we share trends that we see when analyzing the data with the legal industry.

Benchmarking data has proven to be useful in many ways. Primarily, it helps corporate legal departments validate the rates they are paying. On the flip side, it may help them as they negotiate with law firms, because they might see that they’re paying more than their peers are paying for similar types of work, for example. It’s one more data point to add to their negotiation when they’re having that discussion with their law firms.

When it comes to pricing and negotiations, I’ve always thought that it’s important to focus on more than rates alone. The report also looks at alternative fee arrangements (AFAs), which help law departments think about ways to be more creative in pricing. They can see what others in the industry are doing, which helps spur creativity, and to validate that it could be worthwhile to do something beyond hourly billing.

You track a number of key metrics, one of which is law firm consolidation. What are you seeing there?

That consolidation figure is pretty stable now – it seems to be leveling off, having dropped just slightly from 62 percent last year. I’d be surprised to see it move much higher, because there are many legal departments that by the nature of their work have to use many different law firms. That includes companies that have a significant amount of IP work in different geographies, or insurance company claims departments that might be using hundreds or thousands of law firms around the country because they use lawyers within the jurisdictions of where the claims are filed.

You mentioned that you also track AFAs. There is much discussion about AFAs but not a clear picture of their success rate. What does the data say?

We have two metrics about AFAs: the percentage of matters that are set up under an alternative billing arrangement, and the percentage of dollars that are being billed under an AFA. We track both because there are AFAs that are just for a portion of a matter. For instance, if you have a big lawsuit, there’s rarely going to be a flat fee for the litigation overall. But what we do see is flat fees negotiated for, as an example, specific portions of the litigation. The discovery stage might be priced under a flat fee. Or there might be a flat fee per deposition or for all the depositions that are taken.

In that example, if there were a lawsuit that had a flat fee for a portion of the matter but the rest of it was billed hourly, we would flag that matter as using an AFA. But if we look at the total dollars that get billed for
that matter, the actual invoices that are associated with that AFA would probably be a small portion of the overall amount. Generally, the percentage of total dollars going to AFAs is going to be lower than the percentage of matters, because the AFAs often cover just a portion. That’s why we like to look at both of those numbers, because you can see where there is some creativity going on, even if the dollar amounts are not as large.

This year, the percentage of matters figure is at 9.2 percent, and the percentage of billings is at 7.4 percent. Those haven’t varied much over the past five years – the percentage of matters has been generally around 10 percent, plus or minus 1 percent. I’m an advocate of AFAs, so it’s disappointing not to see that number growing more. You hear so much about the importance of being more creative and doing value-based billing, but we aren’t really seeing growth overall in the use of these structures. However, the results do vary by practice area.

In what ways do they vary?

We see increases in certain practice areas. For instance, several years ago, we didn’t really see many AFAs being used for M&A matters. Those types of transactions are so strategic to a corporation that generally, companies are willing to pay very well-known, established law firms high rates because it’s such critical work. Now, however, around 10 percent of M&A matters have some element of creative AFA pricing. I think that’s a positive sign.

Over the years that we’ve been looking at this, there has always been a relatively high level of AFAs in areas like labor and employment or insurance, where they tend to have more repeatable types of cases and higher volumes of cases, and where it’s knowable what cases will or should cost.

The areas that I keep an eye on are more of those high-value cases: M&A, bet-the-farm type litigation, big product liability cases, class action lawsuits. If we see more of those areas coming out in the data as being under AFAs, at least in part, that would be a positive step for AFA adoption. And we have seen movement within those areas. So while the AFA ball is not really moving much overall, when you start to break the data down, you do see movement – and I think that’s very good news for the industry.

As director of Strategic Consulting at LexisNexis, Kris Satkunas leads the team’s efforts to advise corporate legal department managers on improving operations with data-driven decisions. With more than 15 years of consulting experience in the legal industry, her areas of expertise include benchmarking, practice area metrics and scorecards, dashboard design, matter pricing and staffing, and cost management. Reach her at [email protected]. 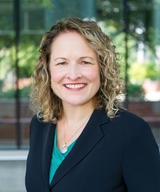 It Takes the Whole Ecosystem to Address Law Department Issues

Colin McCarthy, founder of Legal Operators, talks about recent developments in the world of legal operations, how to think big to solve current legal ops problems, and what to expect in the future of this exciting field.

With its recent acquisition of CLM Matrix, ELM Solutions can now satisfy an urgent request from clients, and the CLM Matrix team now has a platform to bring their message to a much larger audience.