A reminder that a captive insurance arrangement cannot be reverse-engineered without a focus on providing insurance as it’s commonly understood.

On August 17, 2017, the U.S. Tax Court decided Avrahami v. Commissioner, a “Division Opinion” by Tax Court Judge Mark Holmes, and approved for publication as representing either a legal issue of first impression and/or a case involving a legally significant and/or precedential issue.

Avrahami clarified aspects of the court’s 2014 Rent-A-Center decision and will likely influence both future IRS litigation strategy in captive insurance cases and the tax-planning strategies employed by taxpayers interested in establishing a captive.

The IRS has increasingly focused on tax advisors that promote purported captive insurance arrangements that are nothing more than abusive tax shelter schemes, particularly those using so-called “micro-captives.” Under IRC §831(b), micro-captives could receive up to $1.2 million in “premium” income tax-free from related parties that deducted those same premium payments. In November 2016, the IRS issued Notice 2016-66 declaring such arrangements to be “transactions of interest.” Avrahami involved a micro-captive.

In Rent-A-Center, a 10-6 “reviewed opinion,” the Tax Court found that the relationship between Rent-A-Center’s wholly owned captive (Legacy) and Rent-A-Center’s wholly owned subsidiaries constituted insurance in the commonly understood sense, even in the absence of any third-party unrelated business. The court found that the risks insured by Legacy were insurance risks; there was risk-shifting even without Legacy doing any unrelated business because a covered loss did not economically affect the insured subsidiary; there was risk distribution because Legacy covered more than 14,000 employees, 7,100 vehicles and 2,600 stores, which represented “a sufficient number of statistically independent risks”; and the arrangement constituted insurance in the commonly understood sense. With regard to risk distribution, it was significant that the majority looked at the number of insurable risks, not the number of insured Rent-A-Center subsidiaries.

There were vigorous dissents from several judges who pointed to the presence of a guaranty by the parent to help Legacy meet Bermuda’s minimum solvency requirements, the payment of premiums and claims by journal entry, Legacy’s investment of all of its surplus in its parent’s treasury stock, and its substantially higher premium-to-surplus ratio as indicative of an artificial arrangement not constituting “insurance” in the commonly understood sense.

However, the majority appeared to be heavily influenced by Rent-A-Center’s non-tax motivations (the need for better coverage and risk management), the fact that the premiums charged were reasonable and determined in an actuarially sound manner, and the fact that the risks covered were traditional insurance risks.

Avrahami, in contrast, had few of these favorable factors.

The Avrahamis owned three jewelry stores that employed 35 people in the Phoenix area and several small shopping centers. They had historically paid approximately $150,000 to commercial carriers for coverage of various risks associated with those businesses.

In 2006, they consulted with Celia Clark, a trusts and estate planning attorney, who also developed a specialty practice in forming captive insurance companies. Clark advised the Avrahamis to form Feedback Insurance Company Ltd. (“Feedback”), which was incorporated in St. Kitts in November 2007. Clark had helped draft the St. Kitts captive insurance law and, by 2007, had 50 clients with St. Kitts captives.

Feedback issued property and casualty policies supplementing the coverage that the Avrahamis’ jewelry business (American Findings) and real estate operating entities already had. Presumably because it was recognized that Feedback was insuring too small a number of related-party entities to satisfy the requirements of Rev. Rul. 2002-90, Clark also recommended that Feedback enter into a cross-insurance program that would provide terrorism insurance to the captives of other Clark clients through a risk-distribution pool. Pan-American Reinsurance Company Ltd. (“PanAm”) was incorporated in St. Kitts, and provided terrorism coverage for the Avrahamis’ business.

It was intended that PanAm provide Feedback with 30 percent “unrelated business” (found to be a sufficient level of risk distribution by the Tax Court and Ninth Circuit in Harper Group in 1991). The premiums charged by Feedback and PanAm were calculated by an actuary engaged by Clark. She provided “target premium” amounts, which totaled slightly under the $1.2 million annual premium limit in §831(b) and represented 30 percent “unrelated premiums” paid by PanAm. Clark reviewed and commented on the actuarial calculations before they were finalized. At trial, the actuary was unable to articulate the exact manner in which the premiums for many types of Feedback’s coverage were derived, and admitted that the PanAm terrorism insurance premiums were calculated without regard to where the various clients were located or what other coverage they had.

Judge Holmes concluded that the reinsurance arrangement between Feedback and PanAm did not represent insurance in the generally understood sense, given the “grossly excessive” premiums, one-size-fits-all rating, apparent circular flow of funds, and the unlikelihood that a covered loss would ever occur – or, if it did, that PanAm would be able to pay it.

Judge Holmes found Feedback’s operation similarly questionable. The bulk of the premiums paid were loaned back either directly or indirectly to the Avrahamis without Feedback seeking regulatory approval as required by St. Kitts law. Consequently, Feedback’s surplus largely consisted of unsecured and illiquid notes payable. The judge also noted that no claims were made to or paid by Feedback until long after the audit began, and those that were made were handled on an ad hoc basis and were processed even though some were outside the claim period in the Feedback policy. This was not deemed to be insurance in the commonly understood sense.

Looking to Feedback’s risk distribution without the 30 percent “unrelated business” purportedly provided by its arrangement with PanAm, Judge Holmes found the limited number of related entities was less important than the limited number of “exposure units.” He found that the Avrahamis’ exposure units (three stores, two key employees, 35 employees) provided insufficient risk distribution, in contrast to Rent-A-Center, which had thousands of stores, employees and vehicles.

The court’s focus on the number of exposure units as opposed to entities insured is probably the most significant takeaway from Avrahami. It suggests that more exposure units, even when there are fewer than 12 related party insureds, may satisfy the risk distribution requirement.

Judge Holmes found that because Feedback met the minimum capitalization requirements under St. Kitts law, it was adequately capitalized. But he left for another day the question of whether the captive also had to meet the regulatory requirements of the jurisdiction(s) in which it operated, because he had already found it lacked the necessary risk distribution. In addition, because there was inadequate risk distribution and the arrangement was not insurance in its commonly accepted sense, Judge Holmes did not need to decide whether the coverage at issue were “insurance risks” or whether there was risk shifting. Several other recently tried cases in the Tax Court may shed further light on the issues not reached in Avrahami.

The Avrahami decision further supports the bona fides of arrangements similar to those in Rent-A-Center. It should also serve as a reminder that a captive insurance arrangement cannot be reverse-engineered to accomplish estate planning, asset protection or other non-insurance-related goals without primarily being focused on providing insurance in the commonly understood sense.

The views and opinions expressed in this article are those of the author and do not necessarily reflect those of Sills Cummis & Gross P.C.

Richard J. Sapinski is Vice-Chair of the Sills Cummis & Gross Tax Litigation Practice Group. He can be reached at [email protected]. 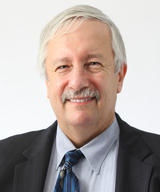