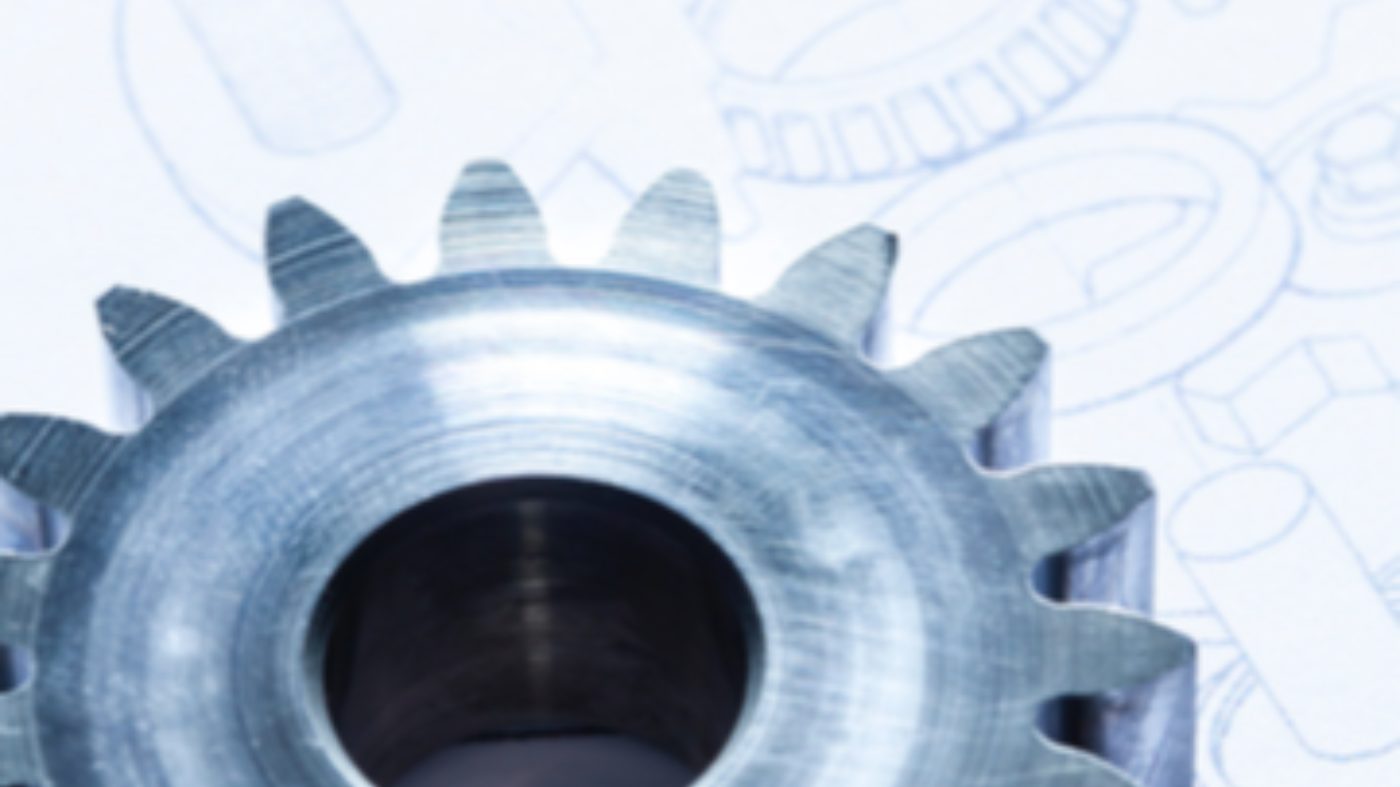 Andrew Holtman and Brandon Rash, partners in the intellectual property practice at Akin Gump, discuss the current state of patent litigation, including some ways that new technologies are altering the legal landscape.

CCBJ: Let’s start with a bit about your respective practices. What are they, and how are you counseling clients on patent litigation matters?

Andrew Holtman: My practice focuses on patent litigation and post-grant proceedings at the Patent Trial and Appeal Board (PTAB), involving a wide range of technologies. I also counsel clients on due diligence and freedom-to-operate issues.

Brandon Rash: My practice is similar to Andrew’s. My background is in electrical engineering, and I focus on patent litigation, PTAB proceedings, and intellectual property transactions in the high-tech space.

Andrew, you’ve worked on matters involving many complex technologies and pharmaceutical formulations, as well as matters in biotechnology-related fields. Can you describe some of your litigation work there and how some of those sectors are emerging?

Holtman: We continue to see robust innovation in the small molecule and biologic space, and therefore we continue to see patent portfolio challenges in the district courts and the PTAB. And though the value of the drugs being litigated over the years has changed, the significance of the challenge to each party has not. Further, medical devices continue to amaze us – and they also provide fertile ground for disputes. We expect to see this industry merge with other hot areas of intellectual property (IP), such as the high-tech sector and even artificial intelligence (AI). Industry predictions suggest that medical devices of the future will be a combination of biology, engineering and computer science. As a result, any IP challenges to assets covering those technologies will require practitioners with cross-field experience.

Brandon, you’ve worked on many matters involving complex electrical and computer- related technologies. Can you describe some of your litigation work there and how those sectors are emerging?

Rash: In litigation, I represent both patent owners and defendants. Overall, the district court landscape has become more defendant friendly over the last 10 years. Patent owners seeking to assert their patents must now account for a possible PTAB challenge, and we’ve seen cases making it more difficult for patent owners to choose a venue, survive a Rule 12(b)(6) motion, overcome a Section 101 challenge, avoid a stay during a PTAB challenge, obtain higher damages under the entire market value rule, or win a permanent injunction. Those are just some examples.

Emerging technologies are also presenting new issues for the patent system. Software has been around for decades, and the patent system is still trying to figure out how software innovations should be protected. New computing technologies like AI are creating inventorship issues. Traditionally, ownership of a patent vests in the inventor, which must be a person. As computers, and AI in particular, start to innovate, it is becoming more difficult to identify the inventor. Computer network technologies, like the internet and cloud computing, are raising territorial and divided infringement issues. For example, U.S. patents largely apply to activity in the United States by a single entity, but cloud computing systems can be spread out all over the world and operated by numerous entities.

What are you seeing in your work at the PTAB over the last three years?

Holtman: The PTAB is maturing, and so is the practice before it. This partly can be explained by having more institutional knowledge from which to draw. Today, case law addressing rules that govern PTAB proceedings have worked through the PTAB to the Federal Circuit and back, which helps clarify certain disputed points. The U.S. Patent and Trademark Office (USPTO) itself has taken steps to further clarify the PTAB practice. They have issued precedential and informative decisions at an accelerated rate in the last year. The USPTO has also been issuing more guidance both to the public and to administrative patent judges.

Rash: The number of inter partes review (IPR) petitions at the PTAB has been holding steady at about 100 per month for the past few years. While the PTAB is still a popular forum for defendants in patent litigation, IPR petitioners are finding less success today than they did in the past. Institution rates have fallen from the 75 to 85 percent range when IPRs started in late 2012 to around 60 to 65 percent more recently. The PTAB also enacted new procedures this year to provide more opportunities for patent owners to amend claims during an IPR proceeding. Amended claims may raise intervening rights issues that patent owners have to keep in mind, meaning no past damages, but a successful claim amendment does at least keep the patent alive.

I would add that covered business method (CBM) proceedings are scheduled to go away in September 2020, under a sunset provision. CBM proceedings are limited to particular types of patents, namely covered business method patents, but they allow a petitioner to challenge the patentability of a patent on any grounds. IPRs are limited to anticipation and obviousness challenges based on patents and printed publications. We’ve seen very few CBM petitions recently, and there has not yet been much advocacy for or against keeping them around. We may see an uptick in CBM petition filings closer to the deadline from those who want to take last- minute advantage, but we may also see owners of covered business method patents delay assertion campaigns involving CBM patents until after the threat of CBM petitions passes. We’ll have to wait and see.

What are you seeing at the ITC?

Rash: The number of patent infringement investigations at the ITC hit a recent low in 2015, but it has been increasing since then. The recent increase may be due to the challenges we mentioned that patent owners are facing in district court litigation and at the PTAB. The ITC continues to be a valuable forum for companies with a domestic industry (e.g., manufacturing in the United States) that face infringing products being imported from abroad. Companies who succeed at the ITC can prevent the importation of those products, effectively cutting off infringing products from the U.S. market. The ITC also moves quickly enough that a patent owner can worry less about a stay. Because district court proceedings are slower, defendants are often able to stay the litigation for more than a year by filing IPRs at the PTAB.

What are some emerging trends you are seeing in your multijurisdictional matters between Europe and the United States?

Holtman: Previously, the district courts in the various countries largely drove cross-border patent litigation. We saw attempts by those courts to both accommodate parties that they knew were pursuing disputes about related technology elsewhere and to maintain their own jurisprudential independence. Today, we see patent office quasi-litigation matters taking center stage. With the advent of post-grant proceedings in the USPTO that match the established opposition proceedings before the European Patent Office (EPO), we have another format to “litigate” across borders. PTAB proceedings at the USPTO, fashioned as smaller litigations, are similar to the older opposition practice that has existed at the EPO for decades. It is now more common for related patent challenges to occur simultaneously at the PTAB and EPO. District courts are more likely a secondary consideration for those asserting or challenging a global patent portfolio. Litigants have proposed several potential reasons for this. The big four are availability, cost, timing and procedural rules. The PTAB mechanism was not available in the United States until the 2012–2013 time period. Both the USPTO’s PTAB and the EPO’s opposition proceedings typically cost far less than a court case, which can potentially cost millions. Post-grant challenges before the respective patent offices are usually resolved within three years, with the PTAB proceedings being resolved in around a year and a half. Lastly, procedurally courts may be more inclined today to put on hold any litigation associated with a patent office post-grant challenge.

What are some key issues related to IP transactions, such as due diligence?

Holtman: IP due diligence remains fundamental to transactions in certain industries. Perhaps more so than ever, as the role of IP in a transaction is scrutinized. It may be that a client wants assurance that IP will not cloud a deal. Or simply that the total scope of the IP issues are fully understood. Fundamentally, however, the heart of due diligence belongs to validity and freedom-to-operate assessments. Will the client have a defendable property right for what it perceives as a valuable asset in the transaction – for instance, a product? Will the client subject itself to future litigation or costs resulting from third-party intellectual property rights? IP lawyers are being called on to give guidance on all sides of these transactions. And that guidance can impact the value of the deal and even whether the deal goes forward.

Rash: Another issue related to due diligence in the emerging technology space is patent eligibility under 35 U.S.C. § 101. This area of the law has been changing over the last 10 years, with the Federal Circuit implementing its interpretation of the Supreme Court’s two-part Mayo/Alice test and the USPTO issuing its own framework of the 101 analysis based on its interpretation of the Supreme Court and Federal Circuit cases. What the USPTO determines is eligible today for purposes of issuing a patent may be different than what the Federal Circuit or the Supreme Court decides is patent-eligible in future cases. And this does not even get into what the patent systems in other countries have decided is patent-eligible. This means that companies in emerging technologies need to understand the risk there and work on drafting patents that provide the best chance of holding up under the evolving eligibility jurisprudence, both in the U.S. and abroad.

How are you advising clients on IP portfolio management?

Rash: Patent portfolio management is critical for innovative companies. In-house patent counsel have access to statistics that tell them how many resources similarly situated companies are putting toward developing patent portfolios and what size they should be. But companies then need a strategy for deploying those resources to best achieve the company’s business goals. Usually hat involves either protecting key in- novations to prevent competitors from taking advantage of company investments, or building a defensive portfolio around business-critical technologies, in order to discourage – or to be used when facing – patent infringement suits from competitors. Also, for a startup or any company seeking to have an IPO, get acquired, or sell off assets, a strategically designed patent portfolio can add substantial value to the transaction.

Holtman: I completely agree. In addition, we spend a large portion of our time advising in-house counsel on the recent changes to patent law and how those changes fit within the company’s strategy. For example, and as was mentioned, 35 U.S.C. § 101 bears more heavily on certain industries than others. Similarly, in the pharmaceutical sector, we often discuss concerns about current and proposed legislative pressure being applied to industry products – and how that might alter future innovative spending. 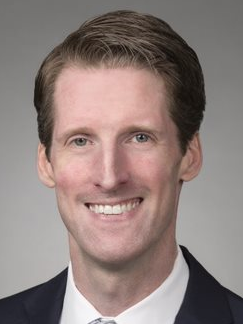 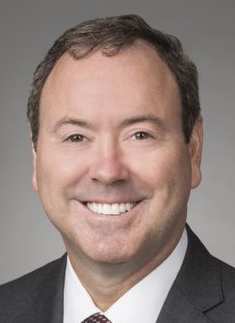