CCBJ: You won an important Federal Circuit case for Mayo Collaborative Services against Athena Diagnostics that the US Supreme Court declined to review in January. Why is this case so significant?

Betsy Flanagan: Patent eligibility has been a hot-button issue in the IP field ever since the Supreme Court ruled in Mayo’s favor in 2012 in Mayo v. Prometheus. Under that precedent, the courts have held that several patents covering methods of medical diagnosis are ineligible for patenting. Each successive decision sowed more discord; while some support the outcome, many believe Mayo goes too far. Our case was no exception, and we had to walk a fine line over five years, including through the written advocacy I led, to achieve this result for Mayo.

The claims and facts in our case bore many similarities to the prior cases finding ineligibility. We argued on solid ground that Athena’s patent on a method of diagnosis using admittedly standard techniques was ineligible too. Naturally, we wanted to get the case dismissed at the outset to save our client’s resources, but we faced the uphill battle of convincing the district court to do so on the pleadings. It took multiple rounds of briefing and argument, and nearly two years, but we prevailed, in large part because the patent contained statements detrimental to the eligibility inquiry.

Despite our win, additional hurdles presented at each stage of the appeal. Many amici weighed in for Athena. There was a dissent from the panel’s opinion in our favor. By the time Athena moved for rehearing, there was a lot of activity in Congress about changing the law on subject matter eligibility. We again believed that the case law favored us, and the en banc Federal Circuit agreed 7-5. But the court issued a highly unusual, precedential opinion denying rehearing that included eight opinions either concurring or dissenting from the denial, with a very strong message: Diagnostic methods should be patentable.

When we got to the Supreme Court last fall, there were two other cases implicating eligibility issues already pending, for which the Court had asked the solicitor general to provide views on months before. After we submitted our opposition brief, the solicitor general urged the Court to take up our case but not the other two. Ultimately, the Court passed on them all. Although that decision was met with dissatisfaction by many in the industry, our client was thrilled, and we were pleased to help them prevail on a high-profile case.

Life sciences cases with novel legal issues have been a defining part of your practice. What case stands out as the most unusual? Are you tackling any interesting legal issues in your current caseload?

Our win for our client Gilead Sciences in a case over their blockbuster hepatitis C drugs Sovaldi and Harvoni turned on proving a rarely used unclean hands defense that wiped out a $200 million adverse jury verdict. Viable equitable defenses like unclean hands are few and far between. To prevail, you need to be in command of the facts, plan your discovery strategy to best position the defense, tell a persuasive story with equities in mind, and think outside the box to analogize your case to the few others that are out there.

We are currently awaiting a ruling from the Federal Circuit on whether a district court improperly overturned a jury verdict in favor of our client GlaxoSmithKline on induced infringement of a pharmaceutical method of treatment patent. It’s an interesting case because the drug label not only played a central role in proving infringement, which is typical in Hatch-Waxman cases, but external evidence beyond the label also came into play. It will be the first case in which the Federal Circuit weighs in on a contested induced infringement issue after a generic drug launch and jury verdict.

I’ve noticed in my own practice and from the case law that the prosecution history of the asserted patents and family members are playing a central role in the litigation strategy. For example, generic companies are undertaking more creative design arounds, leaving the doctrine of equivalents as the lead infringement theory. This has led to more court decisions on the issue of prosecution history estoppel, and thus more guidance for future cases about when it will or will not apply. Lack of patent eligibility was also a popular defense for certain method of treatment claims for a while, but some recent decisions will likely cut down on that defense.

It’s also of note that the number of generics pursuing a given branded product appears to have increased. This makes cases quite large, requiring an even more organized approach and complex litigation strategy, since different theories could be advanced across the multiple defendants.

That’s an issue that I believe involves many stakeholders. Women litigators must show interest, seek out training, ask for opportunities, and keep pushing even when the opportunities don’t immediately materialize. Mentors and firm leadership need to engage on the issue by offering training, providing opportunities, and advocating within the firm and with clients for women to get more stand-up work. And perhaps most importantly, clients will need to play an active role. That may mean putting faith in someone with less experience and asking more experienced litigators to divide time more equally between the war room – strategizing and preparing others for stand-up roles – and the podium. This type of support will likely have a meaningful impact on women’s job satisfaction and retention. It certainly has for me.

Before going to law school, you were a scientist working on vaccine research. What drew you into IP litigation and your role at Fish & Richardson?

I was a chemistry major in college but made sure to take a broad spectrum of classes. In that spirit, I spent a semester at my school’s Washington, DC, satellite campus, where I did an internship in the area of science and policy. In my coursework, I learned about the Daubert and Kumho Tire standards. It opened my eyes to the idea of applying my scientific background and curiosity in another way. But I wasn’t immediately convinced, so I moved forward with my research job at Merck and even deferred my law school admission for a year to be certain the law, in particular IP law, would be a good fit. I’m glad I chose the law and am fortunate Fish hired me many years ago as a summer associate. 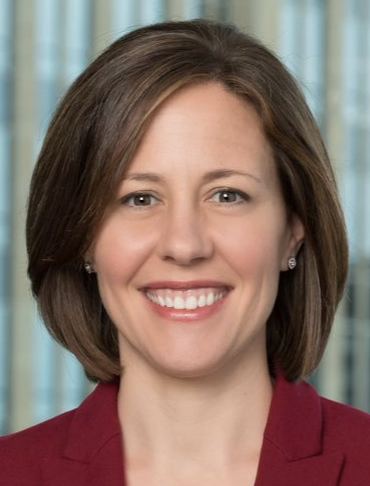 SEE ALL ARTICLES ON Pharmaceuticals