Bob Lian, partner at Akin Gump and leader of its labor and employment practice group, has been with the firm for nearly three decades. Here, he discusses what the future of employment law may look like under a Biden administration, including potential new COVID-19 regulations, possible restrictions to noncompete agreements, and the important role litigation plays in “regulating” the modern workplace.

CCBJ: As the leader of Akin Gump’s labor and employment practice, what insights can you offer to our readers about the current state of workplace laws, regulations and litigation?

Bob Lian: As the economy has evolved, there have been a number of changes in the regulation of the workplace; the pandemic has only accelerated these trends. The forces that are shaping our politics these days are also having an impact on the workforce and how policymakers respond to those developments. For instance, when I started practicing, much of the work centered around federal laws and regulations. There was also a decent amount of union-management relations work still. One of the most noteworthy changes over the past several years has been the extent to which states and localities have become involved in regulating the workplace. That includes laws about minimum wage, workplace harassment, leave or other workplace protections.

Another significant trend has been how courts, legislatures, and regulatory bodies have been trying to fit workers in the gig economy and other nontraditional workforce arrangements into legislative schemes that in many cases have their origins in the 1930s. There has been an explosion in work arrangements that do not look like a typical employeremployee construct. Yet courts, regulators and legislatures still largely operate based on old concepts of what a worker is and what bodies of law apply. I think we’re going to continue to see changes in this area as society grapples with how to address these arrangements, what benefits and protections should be provided, and really how to define these roles in a very fundamental sense. Are the workers in the gig economy employees or independent contractors, or possibly a hybrid? Should there be a new category, perhaps? This has an impact on a broad array of areas, including wage and hour laws, union organizing, and other sorts of workplace protections.

A corresponding trend that we’ve been seeing involves efforts by plaintiffs and regulators to try to hold companies at the apex of a business relationship liable for the working conditions of everyone who supports that business. President Obama’s former wage and hour administrator, David Weil, referred to the current situation as a “fissured workplace,” where companies use contractors, outsourcing, franchising, and other arrangements that don’t fall into that traditional employer-employee model, to accomplish their mission. I suspect we will continue to see efforts to wrestle with these issues and figure out how to create a liability model that addresses it – most likely in how independent contractor, “joint employment,” “single employer” or “alter ego” statuses are defined.

Employers today need to be mindful of a broad array of not only federal but also state and even local laws.

What might you expect to happen in this area as we transition to a Biden administration?

President-elect Biden has staked out a range of fairly aggressive reforms in his campaign materials. They include reinvigorating unions, both as a matter of policy and law, aggressively enforcing wage and hour laws, and penalizing noncompliance in these areas. He also has promised to aggressively apply and enforce prevailing wage laws, like the Davis-Bacon Act and the Service Contract Act.

Another area worth paying attention to is efforts the Biden administration may to undertake to limit the enforceability of noncompete agreements. A number of state legislatures have already done this. What we’ve seen over the years is that states are taking increasingly restrictive views about when noncompete agreements can be utilized and with regard to which segments of the workforce they are permissible, as well as what types of procedures need to be followed in order to implement them. The Obama Administration issued a report that laid the groundwork for further challenges to those types of agreements. There have been other reports suggesting that they have an adverse effect on employees in terms of their ability to maximize their wages and employment opportunities. I suspect that President Biden will press for limits on how and when restrictive covenants in employment can be used.

In terms of timing, it typically takes an administration somewhere between two and three years to really begin implementing its agenda for the workplace, mainly because it takes time to get appointees in place and for those folks to know what levers to pull to get the administration’s agenda moving. But I suspect that the Biden administration and the people he is likely to appoint to the Department of Labor and other workforce agencies will move more quickly. This is principally because who he has involved in his transition and who have been mentioned as possible candidates for high-level appointments in workforce-related jobs have a lot of government experience and are likely to be able to hit the ground running a little bit more quickly than one might ordinarily expect with a new administration, particularly when there is a change in parties.

But change in some areas will happen somewhat more slowly. For example, every Democratic president during my lifetime has talked about trying to rebuild the labor movement. There are broad economic and societal forces at work that make that difficult. Efforts to change the law governing union organizing or union rights will run into stiff resistance from Republicans. In addition, it usually takes a least a couple of years for there to be enough turn-over at the National Labor Relations Board to facilitate a meaningful change in the direction favored by a new administration. But nonetheless, I do think there is going to be an effort in that regard.

In general, it is reasonable to expect a more aggressive enforcement agenda at many of the regulatory agencies, like the Equal Employment Opportunity Commission (EEOC), the Occupational Safety and Health Administration (OSHA), and the Wage and Hour Division. When President Trump took office, he issued an executive order that said that for every new rule that is issued, two have to be eliminated. I highly doubt the Biden administration is going to do anything like that.

However, what is going to impact all of this significantly is how quickly Biden is able to get his appointees confirmed in the Senate. And, of course, that has a big political aspect to it, both with respect to how the Senate race in Georgia turns out, and also in terms of how quickly the leadership in the Senate moves his appointees through committee and for approval.

What are your thoughts on occupational safety under the Biden administration, especially given COVID-19?

One school of thought says that President Biden will be under a great deal of pressure to issue a formal rulemaking governing COVID-19, like we’ve seen at the state level in California, Virginia, and elsewhere. The Trump administration received frequent criticism for not doing an emergency rulemaking. On the other hand, there has obviously been a lot of positive news recently about the vaccines.

I think we will see some sort of temporary emergency rule around COVID-19. More broadly, I think we will likely see an increase in enforcement of OSHA rules. And we’re probably going to see something of a return to the issuance of aggressive press releases when employers do get cited. That was a tactic that the Obama administration frequently used, but it largely ceased during the Trump administration. I suspect that under a Biden administration, OSHA is likely to resume the use of press releases as a way of leveraging enforcement resources and trying to shame employers into compliance through the threat of negative publicity.

There has been an explosion in work arrangements that do not look like typical employer-employee constructs.

What won’t change under the new administration?

Getting legislation passed and signed into law has always been hard. With a slim majority in the House, President Biden is likely to face tough sledding in Congress, regardless of the outcome of the election in Georgia, it is going to remain so. What we’ve seen over the past several administrations is that efforts to make changes to workforce laws and regulations have taken place substantially at the rulemaking level and sub-regulatory level through interpretations and guidance documents. With a slim Democratic majority in the House, I think it’s going to be difficult for the Biden administration to get any sort of sweeping legislative change through Congress.

For that reason, I suspect we are going to continue to see efforts to effectuate change through notice-and-comment rulemaking and through sub-regulatory means, through enforcement guidance, directives, and interpretations of existing law, without having to use formal rulemakings or legislation. There is a lot a Biden Administration will be able to do just through how it directs its enforcement efforts of existing law.

I’ll conclude by expanding on that last point a bit: Because of the tight margins in Congress, I think we end up seeing private litigation continue to be the main avenue of enforcement of workplace laws, as opposed to government-initiated actions. Most of the “regulation,” if you will, that takes place in the workforce today happens through private litigation – private plaintiffs bringing lawsuits, class actions and the like, in the state and federal courts – as opposed to government-initiated lawsuits and enforcement actions. I think that is going to continue to be the case. 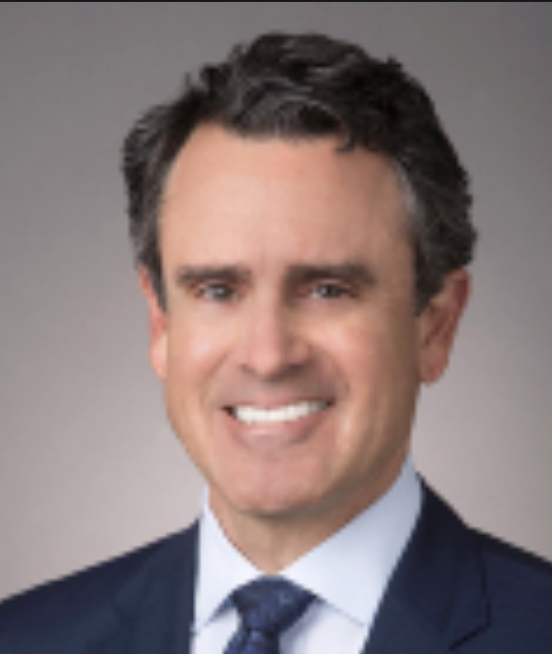 A Union’s Effect on Bargaining

Jennifer Will, member with McNees Wallace & Nurick, brings to light the challenges that businesses faced with unions during the pandemic, as well as any effects that this brought to a business’s ability to bargain.

The world has changed a lot since Akin Gump's 2020 Top 10 Topics for Directors report. A global pandemic; an ongoing reckoning on race, inequality and social justice; a climate crisis; an economic shock; and increased political polarization have created challenging dynamics for companies and boards globally. This report delves into these wide-ranging issues and offers insight on how directors and management must proactively embrace their stewardship roles in this brave new world.

It's Business - Getting Firing Right

Leigh Ann Buziak, partner in the Labor & Employment practice at Blank Rome speaks with host Richard Levick, chairman of LEVICK on best practices exiting employees so that it is as much of a win-win as can exists in these challenging situations.