As a partnership of leading corporate counsel and defense bar practitioners, LCJ forges alliances among its members and works to restore and maintain balance in the civil justice system. The LCJ Board of Directors unanimously voted in favor of bringing Andrea on to lead LCJ into a new era of reform and to bring a new energy into the organization.

Ms. Looney previously served as a special assistant for legislative affairs for the Bush administration, focused on vetting and shepherding the President’s judicial nominees through the confirmation process. Prior to that, Looney was a former chief of staff to Senator Majority Leader Bill Frist.

Editor: How will your past experience be helpful in fulfilling your role at LCJ of consensus building and advancing the interests of LCJ’s membership base?

Looney: First, just let me say that I am thrilled to have this opportunity to work for such a highly regarded institution as LCJ. I look forward to working closely with the members to achieve LCJ's primary mission: reducing the costs and burdens associated with modern civil litigation. I am particularly pleased to team up with Alex Dahl, our general counsel, and support his outstanding efforts on procedural rule reform.

As you know, LCJ has been working diligently on changes to the Federal Rules of Civil Procedure. Those rule changes are expected to go to the Supreme Court for approval at the end of this year. The Supreme Court will then send them to Congress early next year for review. The Judicial Conference members and invested parties have very diligently reviewed these matters, and LCJ will want to be sure Congress understands the process. My previous experience working in the Senate and the White House will enable me to help navigate the next phase of the rule change endeavor. Understanding Congress and its expected concerns will be key to ensuring that reform doesn’t get caught up in the political abyss.

Editor: As special assistant to President Bush in the White House Office of Legislative Affairs, you served as his liaison to the Senate Judiciary Committee. What insights did you gain into the process of selecting and confirming federal judges?

Looney: In that position, I was at the center of the tension point created by the framers of the Constitution. The Constitution empowers the President to make judicial appointments “by and with the advice and consent of the Senate.”

My job was to get the President’s nominations, several of which had been stalled, confirmed. The President believed very firmly in his supreme presidential right to appoint. The senators believed very firmly in their right to advise and consent. Quite frankly, it was incredibly difficult to have a meeting of the minds. In the end, some nominees were returned, and the President decided not to re-nominate them after the Senate switched to Democrat control in 2006. Overall, I felt very badly for many of the nominees. They underwent an incredibly intrusive process only to be treated like piñatas in the game of politics. It’s interesting to think about the impact of the recent Senate rules requiring only a simple majority, and what that might have meant with regard to many of the nominees that were never approved. In my opinion, we will need to honestly assess the impact of this bold procedural change to see if the intent of the framers of the Constitution is advanced or has been sidelined.

Looney: Congress has relatively unencumbered power to hold hearings, attempt to obtain testimony and try to embarrass the executive branch. Having been on both sides, I’m well aware of the limitations of the White House to ensure a fair hearing. Regrettably, the merits of the ensuing hearings were often at the mercy of politics rather than the substance of honest exploration. However, the White House counsel and Department of Justice were fierce defenders of executive privilege, and that made my job much easier. Fred Fielding was tremendous during that more contentious time.

Editor: What were your duties as legislative counsel and ultimately chief of staff to U.S. Senate Majority Leader Bill Frist, MD?

Looney: In the beginning, I did policy research, negotiated legislation and drafted press releases and constituent mail. As time went on, I became more involved in strategy development, management responsibilities, including supervising staff, and making sure that our constituents were being well served by the office and the senator overall.

What made working for Senator Frist particularly unique and a privilege is that he knew he only had 12 years to serve. He left a successful medical career and wanted his time in the Senate to be as impactful as possible. For me, it was as if we were running a sprint. This afforded all of us the opportunity to get involved in some key issues and to take on a lot of roles and responsibilities to make sure we were constantly moving in a forward direction.

Editor: What did overseeing the floor passage of the 2005 Class Action Fairness Act entail? What did it accomplish, and what more needs to be done?

Looney: I was tasked with helping Leader Frist marshal the bill to final passage on the Senate floor. The challenge was fending off amendments to the bill that, if passed, would jeopardize its support. We successfully tabled the first amendment with 60 votes, thereby showing that there was “filibuster-proof support” for the underlying bill language. The defeat of that amendment paved the way for final passage with 73 votes.

At LCJ, I am thrilled to work with Alex and the new Class Action Committee chair, Mary Massaron Ross from Plunkett Cooney in Michigan, as they look at possible reforms to FRCP Rule 23. I believe the efforts we are looking to pursue will significantly enhance those reforms that were put in place by the 2005 legislation. Currently, LCJ is focused on preventing, or at least narrowing the circumstances for, the award of cy pres funds to non-class members; providing a right to interlocutory appeal of decisions to certify, modify or de-certify a class; establishing an “opt-in” rule for Rule 23(b)(3) cases to ensure a meaningful connection between class members and the action; and clarifying that judicial estoppel does not apply to class action settlement negotiations.

Editor: You were selected by National Journal as one of the Top 100 Congressional Staff for your work on the asbestos litigation reform effort. What was involved in that effort, and what was its outcome?

Looney: The Class Action Fairness Act was vastly simpler in comparison to the FAIR (Fairness in Asbestos Injury Resolution) Act legislation drafted by Senator Arlen Specter, the Senate Judiciary Committee and Judge Edward Becker of the U.S. Circuit Court in Philadelphia. Leader Frist wanted to support the chairman’s top priority, asbestos litigation reform, and give it a chance to pass on the Senate floor. It failed to pass because there was not a broad coalition across industries (insurance and defendants) that supported the final product. In addition, the plaintiff’s bar was adamantly opposed to the bill, and they worked very successfully to undermine any support it had. 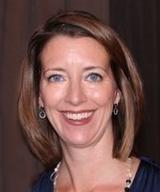 Microsoft 365 as a Knowledge Management System for Legal Executives

Keith Vallely, vice president and senior consultant with Epona, shares insights on how Epona has influenced and impacted the corporate legal space and what sets them apart from competitors in the document management space.

Andy Purdy, Huawei Technologies USA Chief Security Officer joins host Richard Levick of LEVICK to discuss the view from Huawei, including such issues as Zero-Trust Security; the impact of export controls on the U.S.; how to incentivize a safer cyberspace; U.S. concerns related to Huawei and more.

A Niche with a View into Cyber Incident Response

James Jansen, Global Lead of Cyber Incident Response Services and senior member of Consilio’s Client Services team, talks about Cyber incident response and how Consilio can address this from a technology and resource standpoint.