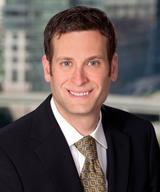 Staying Out Of Jail - Renewed Emphasis On Immigration Compliance

Immigration reform is likely to be a key issue in the upcoming presidential election. Already, some Republican presidential candidates are calling for a substantial increase in the enforcement of federal immigration laws, including those against employers hiring unauthorized aliens. Similarly, as...

Form And Substance: Employers Must Transition To New I-9 Forms

Is your company using the right I-9 form?On December 27, 2007, the federal immigration services began enforcing the use of an updated I-9 form. This is much more than a routine revision of a basic form. The revised I-9 form affects the documents employers may accept to verify the identity and work...