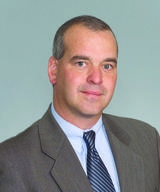 Motoring into Motor City: Detroit’s hard times are in the rearview mirror – and that makes it a very freeing environment

Tim Melton began his legal career in Detroit, earning a J.D. from the city’s Wayne Law, the law school of Wayne State University, and clerking for a federal judge in the Eastern District of Michigan. In 1989, he joined the new Chicago office of Jones Day and built a successful practice...