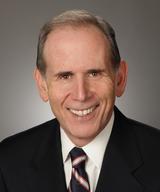 Truths And Myths About The Senate Immigration Bill

On April 16, 2013, the “Border Security, Economic Opportunity, and Immigration Modernization Act” was introduced in the United States Senate. The bill was the result of months of work by the bipartisan “Gang of Eight” senators, and is the first major effort at...

High-Skilled Immigration Reform: What Does The Future Hold?

Congress has once again taken up the difficult issue of comprehensive immigration reform, marking the first time since 2009 that there has been significant momentum for major changes to the U.S. immigration system. That debate has raised immensely challenging questions across the immigration...