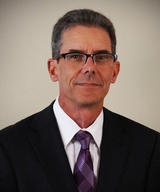 The GM Bankruptcy – The Environmental Story

General Motors Corporation, the 100-year-old icon of American manufacturing and once the largest industrial company in the world, filed for bankruptcy in June 2009. With governmental sponsorship, 40 days later, “New GM” was formed via a sale under § 363 of the U.S. Bankruptcy...