Moving from PepsiCo to Uber was both a leap of faith and the opportunity of a lifetime for Tony West. Thanks to advice from his father and his devotion to servant leadership, he was ready.

Tony West: I was interested in public service and policy and captivated by history. There was a correlation in my mind between being a lawyer and having a positive impact on the world. I also realized that if I ran for office I might be unsuccessful. I would need a marketable skill. So, I went to law school.

I didn’t expect to enjoy it as much as I did. I began to appreciate how I could combine being a lawyer with my love of public policy. That became very clear to me when, not long out of law school, I got my first job at the Justice Department.

Tell us how you came to your role at Uber.

I did not anticipate it. I was a big fan of the product – an early adopter, avid user and evangelist. The first time I was approached, I was flattered but not really interested.

In the summer of 2017, when the board unanimously adopted the Holder report and appeared to be serious about changing its culture, hiring Dara Khosrowshahi as the CEO, I considered the opportunity. Dara and I had our first of many meetings, and we hit it off. It was a rare chance to have a fundamental impact on one of the most unique and consequential companies of our generation. Because of my background, I could add value immediately.

I had a great thing going at PepsiCo, but the Uber opportunity was irresistible. I’m more convinced than ever that I made the right choice. It’s tough, but it is absolutely exhilarating.

Tell us about your leadership style and who influenced it.

I draw on lessons learned working with amazing leaders and try to incorporate a servant leadership style. That means building a great team and empowering it to fulfill its potential. The team I’m building at Uber includes

experts in law, compliance and security, but they are also individuals of integrity, confidence and humility. At PepsiCo, I learned the importance of being transparent about both the good news and the not-so-good news and trusting your team to handle both. That means celebrating successes and acknowledging shortcomings – including my own. I try to show my team that uncertainty is okay and sometimes making mistakes is okay. The journey will not always be a linear path upward. Setbacks are inevitable. The trick is working through those setbacks. Do your people have the resilience, perseverance and grit to push forward? It means relying on your team as much as they rely on you.

What qualities do you look for in hiring, and how do you find those people?

I hire as much for potential as for experience. Someone has to have a track record that demonstrates they can handle challenges, but it’s equally important that they’ve shown integrity, grit and candor throughout their careers. Doing business the right way – with transparency and accountability – is a good indicator of how they will approach future challenges.

One of my first mentors in law was Attorney General Janet Reno. I started working for her the year after I graduated from law school. A career prosecutor, Ms. Reno was elated when I received my appointment to become a federal prosecutor. And before I left for California, she showed me a quote carved into the wood-paneled walls of her office which reads: “The United States wins its case whenever justice is done one of its citizens in the courts.”

“When you’re a federal prosecutor,” she said, “your job is not to win as many cases as you can. Your job is to do justice in every single matter that you handle.” That clarified instantly what my personal yardstick for success would be as a federal prosecutor – as well as the North Star for my entire legal career.

When I was in private practice, I took on some difficult cases. Three months after 9/11, I represented John Walker Lindh, the “American Taliban.” It was important to demonstrate that our unique, enviable system of due process survived those attacks; that when an American citizen asks for a lawyer, our system of justice honors that request. That was a difficult case, but setting aside the fear and discomfort that comes with hard choices and doing what’s right, even when there are personal costs, makes you a better lawyer. It has certainly made me a better person.

When he gives that exhortation to the entire company, it liberates everyone to prove that a company can do well by doing business the right way.

It came from my dad. He was born dirt poor to a family of sharecroppers in the rural South. He was the first in his family to go to college. He had this religious fervor about the power of education because it unlocked opportunities he otherwise would not have had. He would say, “Chance favors the prepared mind.” The idea is that you have to study, to prepare, and to be in a state of readiness because opportunities will come that you do not expect. If you are prepared, you can step into an opportunity, own it and fulfill it.

That comes from my dad. 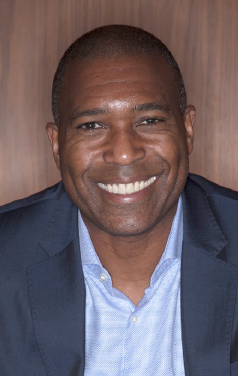