The Written Description Requirement: Can It Stand On Its Own? - Part II

href="http://www.metrocorpcounsel.com/current.php?artType=view&EntryNo=1320">Part
I of this article, appearing in the July 2004
issue of The Metropolitan Corporate Counsel, discussed earlier case
law's requirements of descriptive information required for patent
validity.Federal Circuit Written Description Cases In 2003


Twice in 2003 the Federal Circuit reaffirmed the existence of a
separate written description requirement, again with a strong contrary opinion
by Judge Rader in one of the cases.

In Amgen Inc. v. Hoechst Marion
Roussel Inc., 314 F.3d 1313 (Fed. Cir. 2003), the Federal Circuit held that
section 112 "mandates satisfaction of two separate and independent requirements:
an applicant must both describe the claimed invention adequately and enable its
reproduction and use." Id. at 1330. The court explained that "[t]he purpose of
the written description requirement is to prevent an applicant from later
asserting that he invented that which he did not; the applicant for a patent is
therefore required to "recount his invention in such detail that his future
claims can be determined to be encompassed within his original creation." Id.
Judge Michel, in an opinion joined by Judges Clevenger and Schall (Judge
Clevenger dissenting on other grounds), described the court's Eli Lilly and Enzo
Biochem decisions, and distinguished them:

We held in Eli Lilly that the
adequate description of claimed DNA requires a precise definition of the DNA
sequence itself - not merely a recitation of its function or a reference to a
potential method for isolating it. ... More recently, in Enzo Biochem, we
clarified that Eli Lilly did not hold that all functional descriptions of
genetic material necessarily fail as a matter of law to meet the written
description requirement; rather, the requirement may be satisfied if in the
knowledge of the art the disclosed function is sufficiently correlated to a
particular, known structure. Both Eli Lilly and Enzo Biochem are inapposite to
this case because the claim terms at issue here are not new or unknown
biological materials that ordinarily skilled artisans would easily
miscomprehend.

A few months following Amgen, the
Federal Circuit decided Moba v. Diamond Automation, Inc., 325 F.3d 1306 (Fed.
Cir. 2003), a case involving a non-biotechnology invention. In a per curiam
opinion, the court reiterated two applications of the written description
requirement - first, for prevention of the addition of new matter to claims and
second, to "show that the inventor possessed the invention at the time of the
original filing." Id. at 1319-20.

The court explained that, since
invoking the written description requirement independent of priority issues in
Eli Lilly, the court had refined the boundaries of the written description
requirement in Enzo, by holding that a factfinder should determine whether a
person of ordinary skill in the art could be able to tell from the written
description, combined with the publicly available information, such as deposits,
that there is sufficient information to "demonstrate possession of the generic
scope of the claims," including the claimed sequences, subsequences, and mutated
variants. Id. at 1320.

Judge Rader concurred in the decision, though
again expressing his view that the written description requirement cannot exist
outside of priority issues. Judge Rader criticized Eli Lilly, stating that "this
court inexplicably wrote a new disclosure requirement, found nowhere in Title
35, and attributed that new requirement to the written description doctrine."
Id. at 1324. Judge Rader expressed the view that the Eli Lilly decision "defies
over thirty years of case law," "finds no specific support in any statutory
language," and "creates a technology-specific rule in a technology-neutral
statute." Id. at 1326-27.

Judge Rader warned of the consequences of Eli
Lilly, which could result in "severe consequences for biotechnology" by creating
a "super-enablement rule" that would impose "serious and unavoidable validity
challenges" for biotechnology patents and a requirement where "compliance may
tax a drafter beyond reasonable limits." Id. at 1325. As in the Enzo case, Judge
Rader urged the Federal Circuit to address the issue en banc.

As a
member of the panel that decided Eli Lilly, Judge Bryson in a concurring opinion
expressed his view that Eli Lilly did not "constitute[] a departure from prior
law when it applied the written description requirement in a non-priority
context." Id. at 1327. Judge Bryson reasoned that "there is no question that
Ruschig and subsequent decisions have held that written description and
enablement are separate statutory requirements, and that written description is
not simply a facet of enablement." Id. He further rejected the notion that the
requirement is somehow confined to priority disputes because "[t]here is no
language in section 112 that would support such a restriction, and I am unaware
of any other basis for construing the statute in that fashion ... ." Id. at
1327-28. Taking no position on the ultimate question of statutory construction,
Judge Bryson expressed the view "that the real question raised by Judge Rader's
statutory analysis is not whether Lilly was an unwarranted departure from the
Ruschig line of cases, but whether that entire line of cases is based on a
fundamentally flawed construction of 35 U.S.C. § 112, paragraph 1." Id. at 1328.

The written description requirement was addressed most
recently in University of Rochester v. G.D. Searle & Co., 358 F.3d
916 (Fed. Cir. 2004), in an opinion by Judge Lourie, joined by Judges Bryson and
Dyk. In this case, the Federal Circuit again invalidated a patent, this time
directed to methods for enzyme inhibition, for failure to satisfy the written
description requirement. The patent-in-suit, U.S. Patent No. 6,048,850 ("'850
patent"), owned by the University of Rochester, claimed methods "for selectively
inhibiting PGHS-2 activity in a human host" by "administering a non-steroidal
compound that selectively inhibits activity of the PGHS-2 gene product to [or
in] a human host in need of such treatment." Rochester, 358 F.3d at 918. On the
day the '850 patent issued, Rochester sued the defendants (collectively referred
to as "Pfizer"), alleging that Pfizer's sale of its COX-2 inhibitors Celebrex
and Bextra for treatment of inflammation infringed the '850 patent, seeking
injunctive and monetary relief. Pfizer moved for summary judgment of invalidity
for failure to comply with the written description and enablement requirements.


As described by the Federal Circuit, "in evaluating the parties'
motions, the district court found that, although all of the claims require the
use of a 'non-steroidal compound that selectively inhibits activity of the
PGHS-2 gene,' the '850 patent neither discloses any such compound nor provides
any suggestion as to how such a compound could be made or otherwise obtained
other than by trial-and-error research. Indeed, the court found no evidence in
the '850 patent that the inventors themselves knew of any such compound at the
time their patent application was filed." Id. at 919. Rochester appealed.


Concluding that Pfizer had established lack of written description by
clear and convincing evidence, the panel began its opinion by reaffirming that
written description is indeed a statutory requirement separate and apart from
enablement.

Three separate requirements are contained in that provision:
(1) the specification shall contain a written description of the invention; (2)
the specification shall contain a written description . . . of the manner and
process of making and using it in such full, clear, concise, and exact terms as
to enable any person skilled in the art to which it pertains, or with which it
is most nearly connected, to make and use the same; and (3) the specification .
. . shall set forth the best mode contemplated by the inventor of carrying out
his invention. ... In common parlance, as well as in our and our predecessor
court's case law, those three requirements are referred to as the "written
description requirement," the "enablement requirement," and the "best mode
requirement," respectively.

Id. at 921 (quotations omitted). The court
stated that "the United States Supreme Court also recently acknowledged written
description as a statutory requirement distinct not only from the best mode
requirement, but also from enablement," id. at 921, quoting Festo Corp. v.
Shoketsu Kinzoku Kogyo Kabushiki Co., 535 U.S. 722, 736 (2002): "[A] number of
statutory requirements must be satisfied before a patent can issue. ... the
patent application must describe, enable, and set forth the best mode of
carrying out the invention." The Federal Circuit explained that "the 'written
description' requirement serves a teaching function, as a 'quid pro quo' in
which the public is given 'meaningful disclosure in exchange for being excluded
from practicing the invention for a limited period of time.'" Id. at 922.
Quoting its earlier decision in Enzo, Judge Lourie concluded:

[T]he
appearance of mere indistinct words in a specification or a claim, even an
original claim, does not necessarily satisfy that requirement. . . . A
description of an anti-inflammatory steroid, i.e., a steroid (a generic
structural term) described even in terms of its function of lessening
inflammation of tissues fails to distinguish any steroid from others having the
same activity or function. A description of what a material does, rather than of
what it is, usually does not suffice... The disclosure must allow one skilled in
the art to visualize or recognize the identity of the subject matter purportedly
described.

Enzo, 323 F.3d at 968 (citation omitted). The panel thus
concluded that "generalized language may not suffice if it does not convey the
detailed identity of an invention," and that "in this case, there is no language
here, generalized or otherwise, that describes compounds that achieve the
claimed effect." Rochester, 358 F.3d at 923.

The panel reaffirmed that
"the basic requirement of a written description of an invention exists whether a
question of priority has arisen or not," id. at 924, and traced a separate
written description requirement back to at least the Supreme Court's decision in
Evans v. Eaton, 20 U.S. (7 Wheat.) 356, 433-34 (1822), where the Court explained
that the specification "has two objects: one is to make known the manner of
constructing the machine (if the invention is of a machine) so as to enable
artisans [sic] to make and use it ... [and the other] to put the public in
possession of what the party claims as his own invention, so as to ascertain if
he claims anything that is in common use, or is already known, and to guard
against prejudice or injury from the use of an invention which the party may
otherwise innocently suppose not to be patented." Id. at 924.

The
Federal Circuit also rejected the University's argument that the requirement is
somehow "limited to DNA-based inventions," concluding:

It is irrelevant;
the statute applies to all types of inventions. We see no reason for the rule to
be any different when non-genetic materials are at issue; in fact, where there
might be some basis for finding a written description requirement to be
satisfied in a genetics case based on the complementariness of a nucleic acid
and, for example, a protein, that correspondence might be less clear in a
non-genetic situation.

Id. at 925. The Federal Circuit further rejected
Rochester's argument that the requirement is limited to composition-of-matter
claims, and does not apply to method claims such as in the '850 patent:

The court
concluded that the '850 patent failed to adequately describe the claimed
invention because it "does not disclose any compounds that can be used in its
claimed methods," and "nor has any evidence been shown that such a compound was
known." Id. at 927. "Without such disclosure," the court concluded, "the claimed
methods cannot be said to have been described."Id.

The line of cases
beginning with Eli Lilly demonstrate that the Federal Circuit has continued to
apply a separate written description requirement, despite strong arguments from
Judge Rader that no such requirement is warranted. It remains to be seen whether
the court will address the issue en banc. 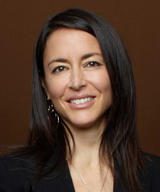