Winning The Battle But Losing The War: Does Ease In Obtaining Declaratory Judgment Jurisdiction After Hewlett-Packard Company v. Acceleron, LLC Benefit Anyone?

Can a communication from a "non-competitor" patent holder, who has never sued for patent infringement under any patent before,1that does not contain language threatening an infringement suit or demanding a license, form the basis for a declaratory judgment action for non-infringement and invalidity when the sender can be characterized as a "patent holding company" and declines to execute a stand-still agreement proffered by the recipient? In an admitted change in position, the Federal Circuit Court of Appeals last month unanimously replied "yes" in Hewlett-Packard Company v. Acceleron LLC .2 In this cautionary tale, a patent owner sent a letter seeking to determine whether a company selling goods in the subject matter field of the patent had any interest in the patent, and despite taking great care to avoid setting off a preemptory suit, found itself looking down the barrel of the letter recipient's gun in a distant forum. As noted by the panel, "intentionally or not," MedImmune has lowered the bar for declaratory judgment jurisdiction in all patent cases.3

The Federal Circuit's Acceleron decision may have significant repercussions unforeseen by both the Federal Circuit panel and the prevailing party, who was able to maintain the declaratory judgment action. The Acceleron decision portends the real possibility that pre-suit communications by so-called nonpracticing entities ("NPEs"), that is a company that does not sell or manufacture any product whatsoever, will decrease significantly in the future, with so-called practicing entities ("PEs"), that is a company producing products, facing an increase in litigation expenses due to a significant increase in patent infringement suits by NPEs. The decision also portends the real possibility that PEs may soon find themselves looking down the barrel of the gun of non-competing PEs, when they themselves attempt to license patents which they own but which are not directed to one of their specific product lines.

While reaffirming the Federal Circuit's long-held position that a patent owner may contact another party to suggest incorporating the patented technology into the other party's product, to attempt to sell the patent, or to merely identify its patent and the other party's product line, without subjecting itself to the risk of declaratory judgment for non-infringement and/or invalidity, the Acceleron panel identified several "buzzwords" and statements that should be assiduously avoided in any "patent interest inquiry letter," finding the same to constitute "implicit threats." While the Court acknowledged that a history, or lack thereof, of litigating in the industry or litigious conduct is certainly a factor to be considered in determining whether a declaratory judgment action is appropriate, it did not find the lack of prior litigation by Acceleron to be significant in light of the totality of these "implicit threats."

One of the more interesting buzzwords found by the panel to constitute an "implicit threat" was the word "relate." In its initial letter, Acceleron indicated that its patent "relates" to certain Hewlett-Packard products (blade servers), and impliedly opined in a subsequent letter that Hewlett-Packard might find the proffered patent to be "relevant" to it's product line. ("If I do not receive a signed copy of my previous letter , I will understand thatyou do not have anything to say about the merits of this patent, or its relevance to your Blade Server products.")4Perhaps recognizing that there was little reason why any rational entity would send a patent interest inquiry letter to an entity that did not have a relevant product line, the Federal Circuit panel explained that typically receipt of correspondence pertaining to a patent that was possibly "relevant" to a product line of a PE recipient from a non-competitor patent owner would likely be found more threatening than a meet-and-discuss patent inquiry from a competitor. While the latter explanation might at first blush seem to make little sense as one would think an inquiry from a competitor, who presumably has far more to gain from asserting its right to exclude, would be the more worrisome, the panel leaped over the conundrum by suggesting that all PE companies have numerous patents worthy of trade allowing for cross-licensing opportunities in most cases. Such rationale may seem surprising to many of us who run, or have run, substantial PE corporate patent departments and oversee, or oversaw, their patent portfolios.

The panel also found that the imposition of a "short deadline" in the patent interest inquiry letter was also threatening in nature. This determination was made even though no explicit threat was made regarding a consequence for a failure to respond (as opposed to the typical "threatening" AT&T monthly mobile telephone bill).5Acceleron's letter indicated that it would understand that the recipient had no interest in the patent if Hewlett-Packard did not respond within two weeks.While a 14-day period was found to be a "short deadline," the panel's decision gives no indication where the dividing line is between short and long deadlines.

The panel also found threatening a request by the sender that the recipient not file suit based upon the patent interest inquiry letter, or any information exchanged as a result thereof ("We would like the opportunity to discuss this patent with you. In order to provide a productive atmosphere in which we can do so, we ask that you agree that all information exchanged between the parties will not be used for any litigation purposes whatsoever, including but not limited to any claim that Acceleron has asserted any rights against any of your ongoing or planned activities, or otherwise created any actual case or controversy regarding the enclosed patent.").6 The panel decision suggests that in patent interest inquiry letters even the mere mention of litigation should be avoided at all cost.

The panel further found that the failure of Acceleron to acquiesce to a mutual standstill agreement for the term proposed by Hewlett-Packard created yet another "threatening factor." The panel found that Hewlett-Packard had requested only a "limited" time to consider the inquiry without threat of suit, viz., four months! The panel does not indicate what would be an unreasonable period of time, suggesting that entities seeking interest in their patents in the short run will likely see a minimum of a four-month standstill agreement being requested by the recipient of a patent interest inquiry letter.

Perhaps recognizing that its opinion might be interpreted as allowing a company to sue in a far-flung jurisdiction the smallest non-producing independent inventor who comes up with a new socket wrench, and who is crazy and bold enough to send a patent interest inquiry letter to Black & Decker rather than to a company without a relevant patent, such as the Kellogg Company, the panel deemed that the "threats" that were made in the Acceleron case were made alternatively by a "licensing entity" or "patent holding company." The panel observed that as licensing entities/patent holding companies can only make money by licensing or enforcing their patents, recipients of patent interest inquiry letters from such entities, under the totality of the circumstances, could show a substantial controversy of sufficient immediacy and reality to warrant declaratory judgment jurisdiction. What the panel did not say is that the basis for its licensing entity/patent holding company determination appears to be a single statement on Acceleron's website ("Acceleron LLC: Accelerating the Value of Intellectual Property World Wide"), the fact that Acceleron had acquired the patent rather than developed the claimed technology, and the fact that after transmission of the letter and suit by Hewlett-Packard, but before the Federal Circuit's decision, Acceleron had sued several other companies for infringement of the patent in a single lawsuit in the Eastern District of Texas.

The Supreme Court in MedImmune, Inc. v. Genetech, Inc. , found a threat of litigation, even though it had been rendered remote, if not non-existent by the circumstances, to be sufficient for declaratory judgment standing. Since MedImmune , the Federal Circuit has held that a substantial controversy exists where a patentee asserts rights under a patent based on certain identified ongoing or planned activity of another party, and where that party contends that it has the right to engage in the accused activity without license.7

Acceleron stands for the proposition that conduct that can be inferred as demonstrating intent to enforce a patent can create declaratory judgment jurisdiction. Acceleron tells us that the "intent to enforce a patent" is easily inferred. Given the central purpose of the Declaratory Judgment Act, that is, to ameliorate the dilemma posed by a choice between abandoning rights or risking prosecution,11it may be argued that it is difficult to perceive how Acceleron's letters alone put Hewlett-Packard in the requisite checkmate position.

Clearly, all patent holders believe they should be able to solicit interest in mutually beneficial business relations with other parties without risking litigation. Few entities desire to file suit before opening communications. Unfortunately, until subsequent cases emanate from the Federal Circuit to differentiate the Acceleron case, it is likely that the Acceleron decision, "intentionally or not," will interfere with that ability when the approached party is not a direct competitor, particularly when the patent holder is not willing to sell its patent outright to the approached non-competitor.The decision may result in an increase in pre-emptive patent suits by both NPEs and PEs who wish to determine the interest of non-competitor entities in their patents but who eschew taking any risk of a reflexive declaratory judgment action in some far-flung jurisdiction. 1 See, Declaration of Thomas B. Ramey III dated December 21, 2007 (Docket No. 10, Case No. 1:07-cv-00650), submitted in support of Acceleron's motion to dismiss ("Ramey Declaration"). 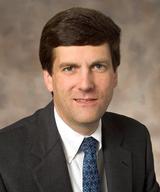