With A Wide Variety Of Incentives, The Dominican Republic Continues To Attract International Investors

Editor: Please tell our readers about the focus of your practice.

Pellerano: I joined Pellerano & Herrera in 1979 and became a partner in 1986. My practice is concentrated in banking and finance, project finance, mergers, acquisitions, and joint ventures. I represent foreign companies and multinationals entering the Dominican market and companies in highly regulated industries such as energy, mining, pharmaceuticals, and financial services providers. I also advise clients about financial structuring, corporate, and securities law, with a particular focus on the development and financing of international projects, mergers and acquisitions, strategic alliances, and corporate finance.

Editor: Last year, you spoke with MCC at length about the broad range of incentives available to businesses in the Dominican Republic, making the country a welcome environment for business investors. Is the investment outlook still as promising this year?

Pellerano: Yes, it certainly is. Our country has experienced – and it continues to experience – sustained economic growth. Local companies are more open than ever before to welcoming new investors and, to that end, they have been taking the necessary steps to have sound corporate governance and to seek capital from the public markets instead of from more traditional financing. Consider that the Dominican Republic placed US$2.5 billion in sovereign bonds last year! The eagerness shown by the market to purchase those bonds is a reflection of the confidence felt by foreign investors in the current opportunities, and in the future outlook, of the Dominican Republic.

Editor: How are perceived constraints on private sector development, such as administrative bureaucracy and lack of respect for contracts, being addressed in the Dominican Republic?

Pellerano: We have substantially improved administrative bureaucracy in recent years, although, in certain instances, it does remain somewhat of an issue. Many procedures have been simplified and, in some cases, the government has created fast track or VIP procedures that allow certifications to be obtained and filings to be completed within 48 hours – a remarkably quick process by the standards of any country. The Dominican Land Registry system has experienced the most noticeable improvement. Obtaining fast and reliable information concerning real estate property now is easier than ever before, and this has been accomplished here without a concomitant increase in expense.

You can see the progress that has been made in recent years in the Dominican by considering the way we treat contracts in general. In the Dominican Republic, a contract is considered to be the law between the parties to the agreement, and only under exceptional circumstances is that principle disregarded. In fact, in all cases, the party that breaches a contract is required to indemnify the other party for any losses. Litigation over alleged breaches of contract does not occur frequently here, as parties typically choose to resolve their disputes through arbitration. If they do not go the arbitration route, they simply may negotiate a settlement that is satisfactory to all parties and that yields a swift and efficient closure of their dispute, and that enables them to move on.

Editor: What impact has the Central American-Dominican Republic-United States Free Trade Agreement (CAFTA-DR) had on the Dominican economy?

Pellerano: CAFTA-DR has brought several significant benefits to the Dominican Republic economy. The treaty guarantees a preferential treatment to the Dominican exportation of goods to the markets of the signatories to the agreement, which happily includes the United States. CAFTA-DR also has had a positive impact on all of the Dominican governmental institutions that have to manage the agreement in our country. For instance, Dominican Republic customs officials have significantly improved their performance in a wide range of ways, including in a rather simple – but in a practically meaningful – way: by reducing the time it takes for them to inspect merchandise.

It also is important to mention that after the implementation of CAFTA-DR, many Dominican legal rules and procedures were enacted or modified in order to accomplish the goals set forth in the agreement.

For instance, Dominican Law No. 424-06, on the Application of CAFTA-DR, provides that Law No. 173 of April 6, 1966, as amended, which is the law for the “Protection of Importing Agents of Merchandise and Products,” now applies when one of the parties is from the United States. It also can apply even where contracts do not expressly state that the agreement actually applies, such as for contracts that were in existence before the treaty came into force.

As another example, in the fiscal area, CAFTA-DR had the effect of eliminating the exchange commission that importers had to pay at the moment of importation. In the telecommunications field, CAFTA-DR now allows the establishment of “number portability,” so users are able to preserve their phone number even if they change the telephone company that provides service to them. And, as part of the implementation of CAFTA-DR, the Dominican Copyrights Law and our country’s Industrial Property Rights Law have been amended to fortify the governing regulations as provided by CAFTA-DR.

Editor: How do you counsel investors concerned about what they may believe to be the unreliability of the rule of law and regulatory enforcements in the Dominican Republic?

Pellerano: Both of those issues are much less of a concern now than investors may have believed them to be in the past. Nowadays, to the extent that investors meet the conditions required by Dominican law in connection with an investment, they will be in a terrific position to be able to defend their rights should the need arise. This is true regardless of the industry in which they are involved, regardless of the nature of the other parties to the transaction, and regardless of whether a counterparty is a private organization or a public one.

By the same token, investors also will be able to enforce their rights, should the need arise. Naturally, we believe in due process of law in the Dominican; although on occasion time may be a factor, enforcement of investors’ rights is not a problem for investors.

Editor: How has the increased scrutiny placed on transfer pricing by General Rule 04-2011 affected foreign businesses with Dominican operations?

Pellerano: We believe that General Rule 04-2011 has not affected foreign businesses with local operations here. Transfer pricing rules are in place in most of the jurisdictions where major investors operate, and they understand them, they know how to comply with them, and they know that they must do so. The Dominican Republic merely was “catching up” to other jurisdictions by putting our transfer pricing regulations into effect. We have seen studies of transfer pricing that have been completed and filed with the Dominican tax authorities since the effective date of General Rule 04-2011, and the conclusions are quite clear: the rules are not a major issue for those doing business in the Dominican Republic or for companies that are seeking to do business in the Dominican Republic.

Editor: Does tourism still play an important role in the Dominican Republic?

Pellerano: Yes, it does. Tourism continues to increase, and our country continues to promote it. For example, we have a law on tourism development, formally known as Law No. 158-01, that established a foundation for the development and construction of projects ranging from hotels and resorts to amusement parks and harbors. It created incentives for utility companies to develop areas in the Dominican Republic considered to be favorable for the development of tourist facilities.

The law provides tax incentives for qualifying developers that completely exempts them from paying income tax; from paying national and municipal taxes levied on the use and issuance of construction permits, including land purchase documents; and from paying import duties and other taxes, such as tariffs, fees, late charges, and the Tax on Transfer of Industrial Goods and Services that are applicable to equipment, materials, and furnishings needed for initially equipping and putting a tourist resort into operation.

Editor: What are some of the key investment opportunities available in the Dominican Republic today?

Pellerano: The energy sector remains very open to investment. Likewise, tax incentives granted to the movie industry make the Dominican Republic an extremely attractive location for the production of films – you may remember the memorable Cuba scenes in The Godfather Part II; director Francis Ford Coppola came to the Dominican Republic 40 years ago to film those scenes here, and our country is even more hospitable to directors, crews, and actors now than it was back then. In addition, the Dominican securities and capital markets continue to grow and expand, and with that has come increased opportunities to invest in the Dominican Republic and to obtain a profitable return on investment.

I also want to highlight the new opportunities available under dealership agreements and Law 173 of 1966 on Dealerships. Pursuant to the provisions of the CAFTA-DR, U.S. companies are subject to Law 173 only if they expressly declare their intention to be subject to that law. As is the case with other dealership regulations in the region, Law 173 establishes steep penalties payable by the grantor in the event of termination of the agreement without “just cause,” which is a highly subjective notion that is left to the determination of a competent court in the country. By allowing U.S. companies the opportunity to contractually regulate their relationship with local dealers almost in full, the risks inherent to an early termination can be properly assessed and thus mitigated. Several companies already are benefitting from establishing a grantor-concessionaire defined within the boundaries of the contract negotiated by the parties, but lawyers from my firm and I strongly believe that foreign investors have yet to fully realize the potential of this opportunity. Once they do, their interest in doing business in the Dominican Republic under the structure of a dealership agreement will undoubtedly increase. 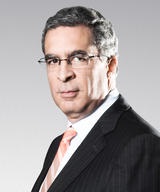