What Is A New gTLD And Why You Should Care: A gTLD Primer For Brand Owners

Perhaps hoping it would never come to pass, you are likely one of many who is not yet conversant regarding ICANN’s[1] new generic top level domains (“gTLDs”). A recent survey by Melbourne IT Digital Brand Services discovered that even most trademark attorneys do not have a true understanding of this recent expansion of the Internet. Sixty-four percent (yes, 64 percent!) of the trademark attorneys surveyed had never read ICANN’s gTLD Applicant Guidebook, which details ICANN’s rules and procedures for applying for a new gTLD and raising objections to others’ applications.

On June 13, ICANN published information regarding the 1927 new gTLD applications filed by applicants in 60 countries, including who filed for which .brand or .generic strings. Now is the time to focus on deadlines by which brand owners and others must raise any objections to these registrations.

A top level domain is everything “to the right of the dot” in an internet domain name. For example, the “.com” in “kelleydrye.com.” This past January, ICANN began accepting applications from organizations to register new generic top level domains – only now some will not be so “generic.” In addition to the gTLDs with which we are familiar, such as .com, .org, and .net, available gTLDs include brand names such as .kelleydrye. or .yourbrand, geographic identifiers such as .nyc, and community or industry identifiers such as .beauty or .basketball.

These new gTLDs fall into a number of categories, depending upon the intended use. “Community gTLDs” will be operated for the benefit of a particular community only. Tennis Australia Ltd. applied to register the gTLD string .tennis for the purpose of serving the Australian tennis community. Because it is a Community gTLD, registrations within it will be restricted to individuals and entities within the Australian tennis community. Other examples of the 84 Community applications filed include .catholic, .cpa, and .gay.

Anything other than a Community gTLD is considered a “Standard gTLD,” which falls into a number of categories depending upon the intended use. For example, a Standard gTLD might include a string that represents a brand name, such as .mattel or .mcdonalds. Approximately one-third of the applications filed were brand specific. These brand gTLDs might be closed for use only within the brand owner’s organization, meaning no one outside the organization can file a second level domain name[2] within the gTLD. Alternatively, they might be open for second level domain name filings by members of the public, much like a .com. For example, Canon might wish to allow the general public to file domain names for websites displaying their personal photographs (andreapics.canon). More likely, brand owners will restrict use to those with whom they have a business relationship (such as littlerock.mcdonalds for a franchisee of a McDonald’s restaurant or bobautomart.ford for an authorized dealer of FORD auto parts), or a consumer connection (requiring the photos come from a Canon camera in the Canon example). The possibilities are limitless.

There are scores of applications for Standard gTLDs which reflect generic terms, such as .movie, .bank, .basketball, and .fashion, to name only a few. Internet registries have applied for most of these gTLDs. Some are backed by millions of dollars in private equity and venture funds, and are banking on making large profits selling second level domains, renewals, and advertising space for a niche community. Many such companies have applied to register the same string. For example, there are 13 different applicants who have applied to register the .app gTLD, 10 applicants for the .art gTLD, 9 for .book, 9 for .blog, and 6 for .baby. Identical strings are not allowed, so only one party may prevail as detailed below.

Applications for Standard gTLDs also include 66 geographic terms such as .africa, .barcelona, .moscow and .sydney, and 116 non-Latin character strings including one in Chinese that translates to "Volkswagen" and one in Arabic which translates to “Catholic.”

What Is Happening Now?

On May 30, ICANN closed the window to file applications, and on June 13, it published information regarding which applicants filed which strings, commencing the period to submit comments or objections. Currently, both are underway.

Application Evaluations: During the Initial Evaluation Period, ICANN will determine which applications meet the criteria for running a gTLD via: (1) String Review; (2) Applicant Review; and (3) Extended Review. During the String Review, ICANN will examine the applied for string to determine any potential problems, such as whether the string is too similar to an existing top level domain, other applied for strings, geographic names, or reserved strings, or whether the string would negatively affect the stability or security of the domain name system. The Applicant Review is designed for ICANN to determine whether the applicant is qualified to run a top level domain registry, including evaluating the applicant’s finances, leadership, and proposed technical and operational services. Extended Review is only necessary where more information is required to determine eligibility.

Simultaneously with the Initial Evaluation, the public will have the opportunity to post comments on the ICANN site regarding any of the published applications or raise formal objections via an independent arbiter.

The period for public comments was extended and closed September 26, 2012. The public comments are intended to voice support or (more likely) concerns regarding a particular application to the ICANN panel who will be conducting the Initial Evaluation.

Comments differ from formal objections, the latter of which will be heard by independent arbiters selected by ICANN and must be filed within seven months from June 13. The four bases are (1) Legal Rights Objections; (2) Limited Public Interest Objections; (3) Community Objections; and (4) String Confusion Objections.

Legal Rights Objections may be filed by any trademark owner who believes that a particular string infringes upon its existing rights in a mark. They will be heard by WIPO’s Arbitration and Mediation Center and will cost at a minimum between $10,000-23,000 in filing and adjudication fees.

Limited Public Interest Objections will address claims that a gTLD is contrary to societal morals or norms, and Community Objections are reserved for objections by a community representative that registration of a related string will materially harm the community.

String Confusion Objections may be filed only by an existing top level domain operator or gTLD applicant who claims an applied-for gTLD is identical or confusingly similar to its gTLD string. For example, an applicant for a gTLD string .resonate might object to another’s application for .resoneight on the basis the strings are too similar. This objection proceeding would not decide which applicant is entitled to register its gTLD string. If successful, the only result would be a decision that the strings are confusingly similar and subject the applications to ICANN’s string contention procedures.

Two hundred and thirty of the gTLD strings filed are identical to at least one other string filed by another applicant. ICANN will not allow the delegation of identical or confusingly similar gTLDs. Therefore, if such applications pass the Initial Evaluation and Objection and Dispute Resolution phases, a decision must be made as to which will be allowed to proceed.

If only one of the approved gTLDs is community based, it will be given preference. There are four competing applications for the gTLD .tennis, but only one seeks registration for the benefit of a community. If it passes examination and any dispute proceedings, it will succeed over any of the other Standard applications that make it to the final round.

If there are competing registrations by more than one Community gTLD or more than one Standard gTLD (and no Community gTLD in the same contention set), there are limited ways to decide which applicant will register the gTLD. One option is for the parties to settle among themselves in a manner which does not materially alter the gTLD application. Changes to the applicant or string are not permitted. Thus, the two applicants for .game could not settle by the one changing its string to .videogame. If the parties cannot reach an agreement among themselves within ICANN’s rules, the string will go the applicant who is the highest bidder in an online auction. Where will the money from the auctions go? To ICANN, of course.

A brand owner should be concerned with protecting itself at three points in time: (1) during the application process; (2) after gTLDs are approved but before they go live (or are “delegated”); and (3) after delegation of the gTLDs.

During the application process, brand owners may submit objections during the public comment period and via ICANN’s dispute resolution procedures noted above. After the gTLDs are approved, brand owners will have the opportunity to register their existing trademark rights with the Trademark Clearinghouse. The Clearinghouse will verify that registrants own the rights they claim in a trademark and provide information to gTLD operators regarding brand owner rights.

To register, brand owners will need to provide proof of their rights in a particular mark and pay a registration fee, estimated at about $150 per mark. Trademarks registered with the Clearinghouse will have certain advantages during the registration of second level domains with all new gTLDs. First, each new gTLD registry must allow at least a 30-day Sunrise Period, during which time brand owners will have priority to register their trademark as a secondary domain name in each gTLD. Second, for at least the first 60 days a registry offers domain names to the general public, the Clearinghouse will alert trademark owners if a third party attempts to register a domain name which is identical to a trademark registered with the Clearinghouse, and the registrar will inform the prospective registrant of the brand owner’s prior rights. The registrar is not obligated to refuse registration of the domain name.

Once the new gTLDs are live, brand owners will have all the remedies against infringing domain names they have today, such as ICANN Uniform Dispute Resolution Proceedings (“UDRP”) and trademark infringement and cyber squatting litigation. In addition, ICANN plans to offer a Uniform Rapid Suspension Proceeding, which is intended to resolve “clear-cut” cases of infringement, such as domain names that are identical or confusingly similar to the trademark of another, in a summary fashion. The cost has not yet determined, but it is intended to be cheaper than a UDRP and will have heightened standards of proof and deterrents to combat abusive filings by Complainants.

In Post-Delegation Dispute Resolution (“PDDRP”), brand owners also will have the opportunity to object to a new gTLD registry on the basis that it is holding itself out in a manner that harms the brand owner or engages in a substantial pattern of specific bad faith with an intent to profit from the registration of domain names that infringe upon the brand owner’s rights. According to the currently proposed criteria by ICANN, it will be extremely difficult for a brand owner to succeed or obtain meaningful remedies via PDDRP.

What Is A Brand Owner To Do?

We suggest brand owners take the following actions to protect their rights:

While this article focuses on brand protection, the Internet expansion also offers many opportunities to increase brand awareness and promotion. Make sure your legal and marketing teams understand not only the legal perils but also the potential branding opportunities that lie ahead.

[1] ICANN is an acronym for the Internet Corporation for Assigned Names and Numbers.

[2] A second level domain is the term to the left of the dot (“kelleydrye” in “kelleydrye.com”). 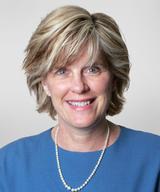