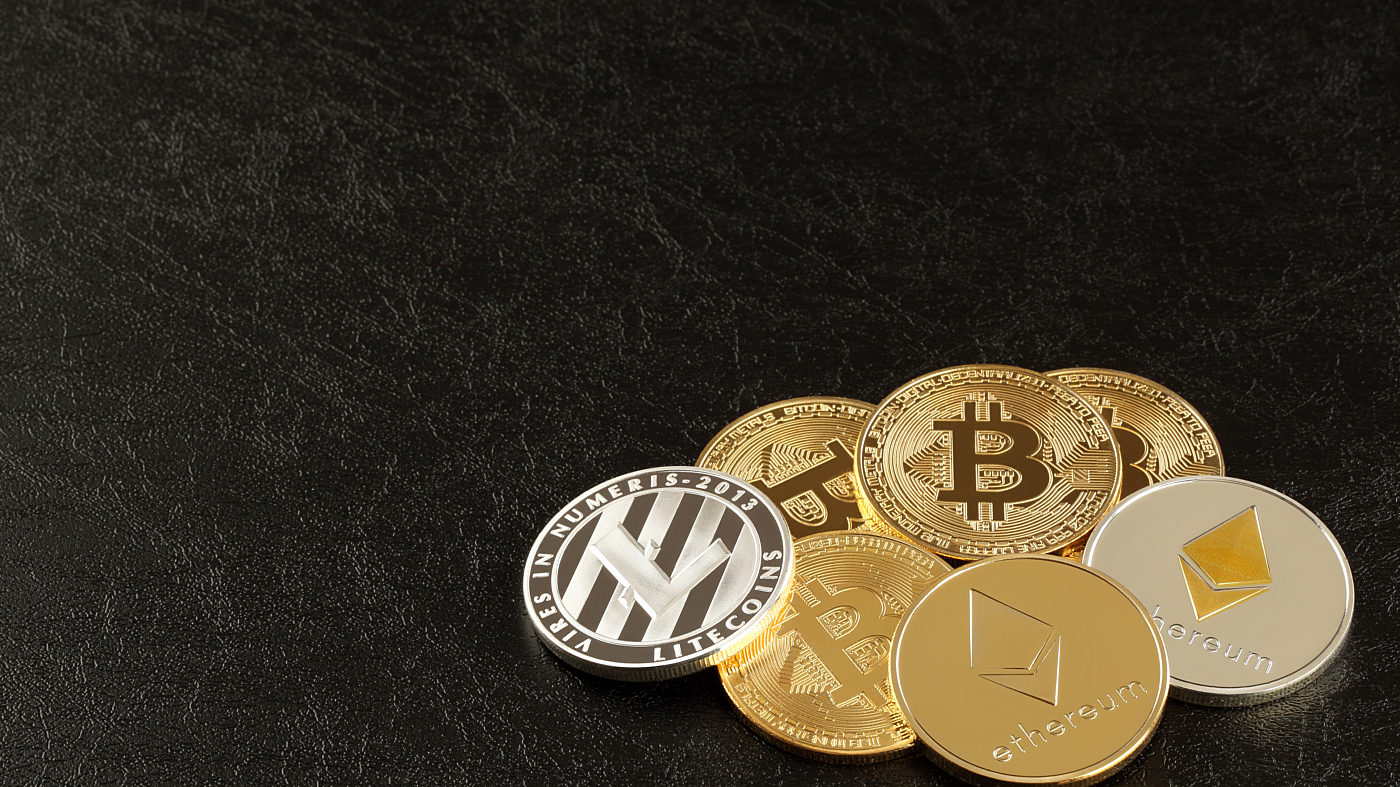 Cryptocurrencies such as bitcoin are perhaps blockchain’s best-known application. As these and other blockchain-based digital assets become more common, and attract more regulatory and legislative attention, it will be crucial to keep up with the latest guidance – particularly given the often counterintuitive tax consequences of transacting with cryptocurrencies. Current tax law is limited to a single statement of sub-regulatory guidance published in 2014, which has left taxpayers with more questions than answers – although additional guidance may soon be on the horizon.

Basics of Blockchain Technology and Cryptocurrency

Blockchain is, at its essence, a method of recording peer-to-peer transactions. A network of computers simultaneously run blockchain software. These computers, called nodes, each keep their own copy of a digital ledger, or database, recording all user transactions on the network. The basic unit of a blockchain, a “block,” is a collection of transactions between peers on the network. For the nodes to accept a block, it must contain accurately validated transactions and proof that its calculations started from the last completed block. Every subsequent block is thus “chained” to the previous one. The process of compiling blocks, performing computational work, and broadcasting blocks back to the network is generally referred to as “mining.”

The Concept of Convertible Virtual Currency

The U.S. Department of the Treasury’s Financial Crimes Enforcement Network (FinCEN) issued interpretive guidance in March 2013 on the applicability of certain non-tax regulations to persons using, administering or exchanging “virtual currencies.” For these purposes, “virtual currency” was defined as “a medium of exchange that operates like a currency in some environments, but does not have all the attributes of real currency.” FinCEN also distinguished a narrower form of virtual currency, termed “convertible virtual currency” (CVC), which “either has an equivalent value in ‘real’ currency, or acts as a substitute for ‘real’ currency.” FinCEN’s guidance applies only to CVC.

The IRS relied on the same concept of CVC when it published Notice 2014-21 in 2014. The notice generally describes “virtual currency” as a digital representation of value that functions in the same manner as a country’s traditional currency, borrowing from FinCEN’s definition of CVC.

Unlike FinCEN, which treated CVC as akin to currency in its 2013 regulations, the IRS notice treats CVC as property. General tax principles used in property transactions therefore apply to CVC transactions for federal income tax purposes. This can sometimes lead to counterintuitive, and harsh, results for taxpayers.

Five years later, Notice 2014-21 still represents the IRS’s only pronouncement on blockchain taxation, despite the rapid evolution and development of blockchain technologies and proliferation of virtual currencies since 2014. The lack of clear guidance, however, has not hindered the IRS’s enforcement efforts. It published a reminder to taxpayers on its website that failing to report virtual currency transactions could result in penalties and interest and, in some circumstances, criminal prosecution. The IRS also recently announced that it has specifically identified virtual currency transactions as posing a particularly high noncompliance risk among certain taxpayers, and it has initiated a formal compliance initiative to strategically focus on the auditing and enforcement of such transactions.

Acknowledging the Need for Guidance

Multiple private sector and government actors have urged the IRS to publish additional guidance on the tax treatment of cryptocurrencies. In September 2016, the Office of the Treasury Inspector General for Tax Administration (TIGTA) issued a report evaluating the IRS’s virtual currency policy. Unsurprisingly, the report recommended, among other things, that the IRS develop a “coordinated virtual currency strategy” and “provide updated guidance” to the public. Various members of Congress have also urged the IRS to publish updated guidance, so that taxpayers are able to comply with the rules.

Congress itself has made a few limited attempts to address the tax implications of cryptocurrency. For example, in 2018, Congressmen Warren Davidson and Darren Soto introduced H.R. 7356, the Token Taxonomy Act (TTA). The TTA would have defined “virtual currency” for tax and securities purposes as “a digital representation of value that is used as a medium of exchange and is not otherwise currency under section 988” of the Internal Revenue Code. (Section 988 addresses the treatment of certain foreign currency transactions.) This push has continued into the 116th Congress. Several new bills requesting the further study of cryptocurrencies were introduced in early 2019, and the TTA was recently reintroduced in essentially the same form.

Receiving cryptocurrency as payment. The tax implications for the seller are less surprising – a seller receiving payment in CVC for the sale of goods must use the fair market value of the CVC on the date of the transaction in computing the gain or loss from the sale transaction.

Miners must also include the value of any block rewards or transaction fees received in their gross income. If a U.S. taxpayer’s mining activities constitute a trade or business, the net earnings from mining constitute self-employment income and are subject to self-employment tax.

Forks and Questions of Convertibility

In addition to actively transacting with CVC, a taxpayer may passively receive a new asset if a CVC’s blockchain experiences a “fork.” That asset may be new CVC, or it may instead be an asset outside the scope of Notice 2014- 21. Further, depending on market reaction to the fork, the property may have inherent value, be valueless or, as is often the case, have an indeterminate value, at least temporarily.

But what exactly is a “fork”? Like any software program, blockchain software needs to be upgraded from time to time. There are two main types of programming upgrades in the blockchain ecosystem: hard forks and soft forks. A soft fork is an upgrade that is compatible with older versions. When a soft fork occurs, the protocol changes but the chain is not split into two, and a new cryptocurrency is not created.

A hard fork, on the other hand, is not compatible with older versions. When a hard fork occurs, the original chain splits into two distinct chains. Because a blockchain has no central authority forcing users to accept modifications, some users may instruct their node to reject the modification and continue with the old protocols. Any nodes that accept the upgrade, however, will reject blocks following the old protocols. This results in a new “branch” that has effectively split from the original blockchain and is thereafter separately maintained.

In the event of a hard fork, those persons whose ownership of a CVC was recorded on the original blockchain continue to own the original CVC, but they also become entitled to claim a specified amount of the virtual currency maintained on the new blockchain.

There are many questions, and almost no answers, for the characterization and tax treatment of hard forks and their newly created virtual currencies. The most pressing question is whether the receipt of the new forked currency is itself a realization event and thus taxable to the recipient. Commentators are divided, and the IRS remains silent. The issues are so problematic that multiple professional organizations and even Congress have encouraged the IRS to adopt temporary safe harbors for tax and reporting purposes until formal guidance is published. So far, the IRS has not taken them up on this request.

An initial coin offering (ICO) is another popular use of blockchain technology. Like an initial public offering of a stock, an ICO is typically the sale of a “token” representing some rights related to the issuing organization. These tokens, like CVC, are recorded and transferred on a blockchain. While some tokens may be a CVC, or ultimately become a CVC, others are created to provide various rights or represent ownership. For example, tokens may operate as a license, be exchangeable for present or future services, or carry a right to the issuer’s profits. This raises the question of how to classify ICO tokens and, correspondingly, their issuance and receipt for tax purposes. The tax result ultimately comes down to understanding exactly what intangible rights and value the token represents.

A mining pool is generally a coordinated group of miners that aggregate their individual resources. This is increasingly common due to the substantial resource demands involved in mining. In return for sharing their processing power with the pool, miners generally receive a payout of block rewards earned by the pool.

There are a variety of ways in which a block reward may be distributed, most of which are generally based on proofs submitted to the pool operator evidencing that a node was mining for the pool (called “shares”). The simplest mechanism is proportional rewards. Every time the pool receives a reward for mining a block, every node that submitted shares for the block receives a proportional payment from the block reward. Another popular method is the pay-per-share (PPS) mechanism, in which nodes receive payments for every share submitted at a predetermined fixed rate.

The tax treatment of block rewards differs depending on whether the mining arrangement is considered a partnership and on the capacity in which a miner is acting – for example, whether the miner is undertaking the relevant activities as an employee or in the conduct of a trade or business. Taxpayers participating in pools should carefully consider the U.S. tax consequences of their participation in, and income earned from, such pools on a case-by-case basis.

Blockchain technology and cryptocurrencies are likely here to stay. For the many taxpayers who participate, or wish to participate, in the CVC market, it is crucial to understand the distinctions between transacting with CVC and transacting with a fiat currency. Notice 2014-21 provides a basic touchstone, albeit a simplistic and outdated one, for understanding certain key tax consequences of making or receiving payment in virtual currencies. As government regulatory schemes continue to develop, the Treasury and IRS will face increasing pressure to provide answers regarding the tax consequences of forks, ICOs, mining pools and many other open questions. In the interim, it is important for taxpayers to remain mindful of how they use and report CVC to the IRS and to take reasonable, principled and consistent positions.

This article represents the personal views and opinions of the author and not necessarily those of the law firm with which she is associated. 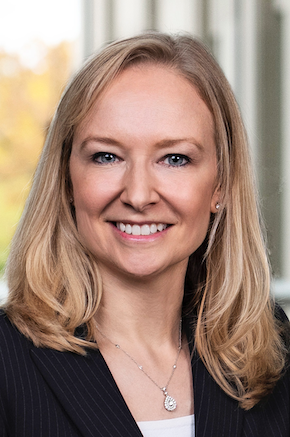 Custody Problems with Bitcoin And Other Crypto-Assets

While 2020 may be a year on pause, cryptocurrency is continuing at full speed. Preston J. Byrne, Robert V. Cornish and Stephen D. Palley of Anderson Kill offer their insights.

Cryptocurrency Crimes Are in a Class of Their Own

As insolvent exchanges and IPOs continue to grow, finding the right technical partner with computer and accounting forensic skills to resolve the issues raised by digital currencies is more important than ever.

Seeking liquidity, confidentiality and reduced slippage, large market participants have pushed the over-the-counter (OTC) cryptocurrency exchange volume to exceed, by some estimates, $12 billion daily. With settlement fees starting in the low single digits, as a percentage of trade size, and...

SEE ALL ARTICLES ON Cryptocurrency