In an unprecedented leak of confidential financial information relating to the identity and details of more than a reported 100,000 individuals and offshore companies and trusts, approximately 2.5 million documents have been provided to the International Consortium of Investigative Journalists from various sources, apparently mostly in offshore jurisdictions. The leak, which is reported to be 160 times as large as the 2010 Wikileaks leak of U.S. State Department cables, stems from a 15-month investigation conducted by the ICIJ using 86 journalists from 46 countries and relies on anonymous informants. It should be expected that much of the information will find its way into the hands of the world’s taxing authorities, including the Internal Revenue Service.

U.S. Voluntary Disclosure To The IRS – The OVDI Program

U.S. taxpayers who have overseas financial accounts and other assets that have not been disclosed to the IRS should be aware that the IRS continues to offer an extension, albeit on less generous terms, of an offshore voluntary disclosure initiative (“OVDI”) that was initially offered in 2009 and again in 2011. Unlike the 2009 and 2011 OVDIs, the current OVDI does not have a deadline, although the IRS may decide to end the program at any time without notice. The OVDI provides taxpayers with the opportunity to disclose foreign financial accounts and assets, in exchange for a reduced risk of criminal prosecution and reduced civil penalties.

Taxpayers who are eligible to participate in the OVDI and who fail to come forward will face an increased risk that their undisclosed overseas financial accounts will be detected by the IRS. At the time the 2009 OVDI was introduced, the IRS was focused primarily on holders of undisclosed accounts at UBS in Switzerland. Since then, the IRS has greatly expanded the scope of its probe to include U.S. holders of accounts at numerous other foreign financial institutions. It is likely that information resulting from the ICIJ reporting will also result in further investigations of U.S. taxpayers who hold undisclosed foreign accounts, either directly or through their offshore companies or trusts.

A U.S. citizen or resident with a financial interest in, or signature authority over, a foreign financial account is generally required to file a Form TD F 90-22.1, Report of Foreign Bank and Financial Accounts (commonly known as an “FBAR”), by June 30 if the aggregate value of all such financial accounts exceeds $10,000 at any time during the preceding calendar year. A U.S. citizen or resident is also generally required to report any interest or other income generated by such an account on his or her federal income tax return, and, beginning with the 2011 taxable year, he or she is also required to file Form 8938 with his or her tax return to report an interest in certain foreign financial assets, including financial accounts and interests in foreign entities.

A U.S. citizen or resident who fails to file a required FBAR or who fails to report income generated by a foreign financial account may face significant civil as well as criminal penalties. The current penalty for the willful failure to file a required FBAR can be as high as the greater of $100,000 or 50 percent of the total balance in the foreign financial account. A non-willful failure to file a required FBAR is subject to a $10,000 penalty, unless the failure was due to “reasonable cause.” The IRS has taken the position that a separate penalty may be imposed for each year for which a required FBAR was not filed. A taxpayer who fails to report income from a foreign financial account may be subject to a penalty equal to 75 percent of the tax on the unreported income if the IRS is able to prove that the underreporting was due to fraud. Penalties for failing to report interests in certain offshore companies and trusts may also apply.

In addition to the self-reporting rules described above, new rules prescribed under the Foreign Account Tax Compliance Act are set to go into effect that will require foreign financial institutions to identify their U.S. account holders and report their income and account balances to the IRS.

Potential Benefits Of Participating In The OVDI

The IRS will generally not recommend the criminal prosecution of eligible taxpayers who participate in the OVDI. Such taxpayers should generally also be subject to reduced civil penalties. Potential penalties under the OVDI include an accuracy-related penalty equal to 20 percent of the tax on any unreported income, failure to file and failure to pay penalties (if applicable), and a miscellaneous offshore penalty capped at 27.5 percent of the highest value of foreign assets that are “tainted” by the taxpayer’s non-compliance, plus interest, generally for up to eight years. Foreign assets that are considered to be tainted, and that are therefore potentially subject to the 27.5 percent penalty, include undisclosed bank accounts and any other foreign assets, to the extent that such accounts or assets either generated unreported income or were acquired with unreported income.

Taxpayers who wish to participate in the OVDI must generally satisfy the following requirements:

The IRS’s Criminal Investigation Division has historically offered a voluntary disclosure program, pursuant to which participants may reduce their risk of criminal prosecution. The 2009 and 2011 OVDIs enhanced the pre-existing program by providing taxpayers with the opportunity to cap their potential civil penalties. The current OVDI enhances the pre-existing program in a similar fashion, except that the cap on civil penalties is generally higher than it was under either of the 2009 or 2011 OVDIs.

For account holders who do not take advantage of the OVDI or who are ineligible for it, different strategies may be available to minimize potential penalties. The success of such strategies will depend, to a large extent, on the facts and circumstances relating to the particular account holder and his or her failure to report the existence of the account and the associated income.

Importance Of Consulting With An Attorney

There are other eligibility requirements for the OVDI. Account holders should consult with an attorney to determine whether they are potentially eligible for relief under the program.

Account holders should exercise caution in consulting with an accountant regarding a potential disclosure. The limited accountant-client privilege is narrower in scope than the traditional attorney-client privilege, and provides no protection in the case of criminal investigations (unless the accountant has been engaged directly by the account holder’s attorney and certain other requirements are met). Accordingly, account holders who are considering making a voluntary disclosure should consult with an attorney. The attorney, if necessary, can separately engage an accountant to assist the attorney. Through this arrangement, the attorney-client privilege can be extended to cover communications with an accountant, provided certain other conditions are met.

Swift Action May Be Required

Account holders who wish to take advantage of the OVDI with respect to undisclosed offshore accounts should act quickly, as it is not clear if the IRS will continue to offer the current OVDI (with capped penalties). In addition, if the IRS initiates a civil examination or criminal investigation of an account holder, he or she will not be eligible for the OVDI, unless he or she previously made a disclosure to the IRS that meets all of the requirements of the program. Moreover, the IRS has indicated that once it obtains information regarding a specific taxpayer’s noncompliance under a “John Doe” summons served on a foreign bank, that taxpayer may become ineligible for participation in the OVDI. 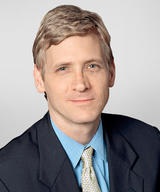 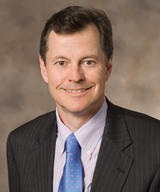 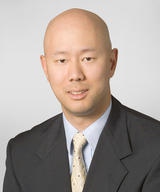