U.S. Efforts to Advance the Development and Use of AI 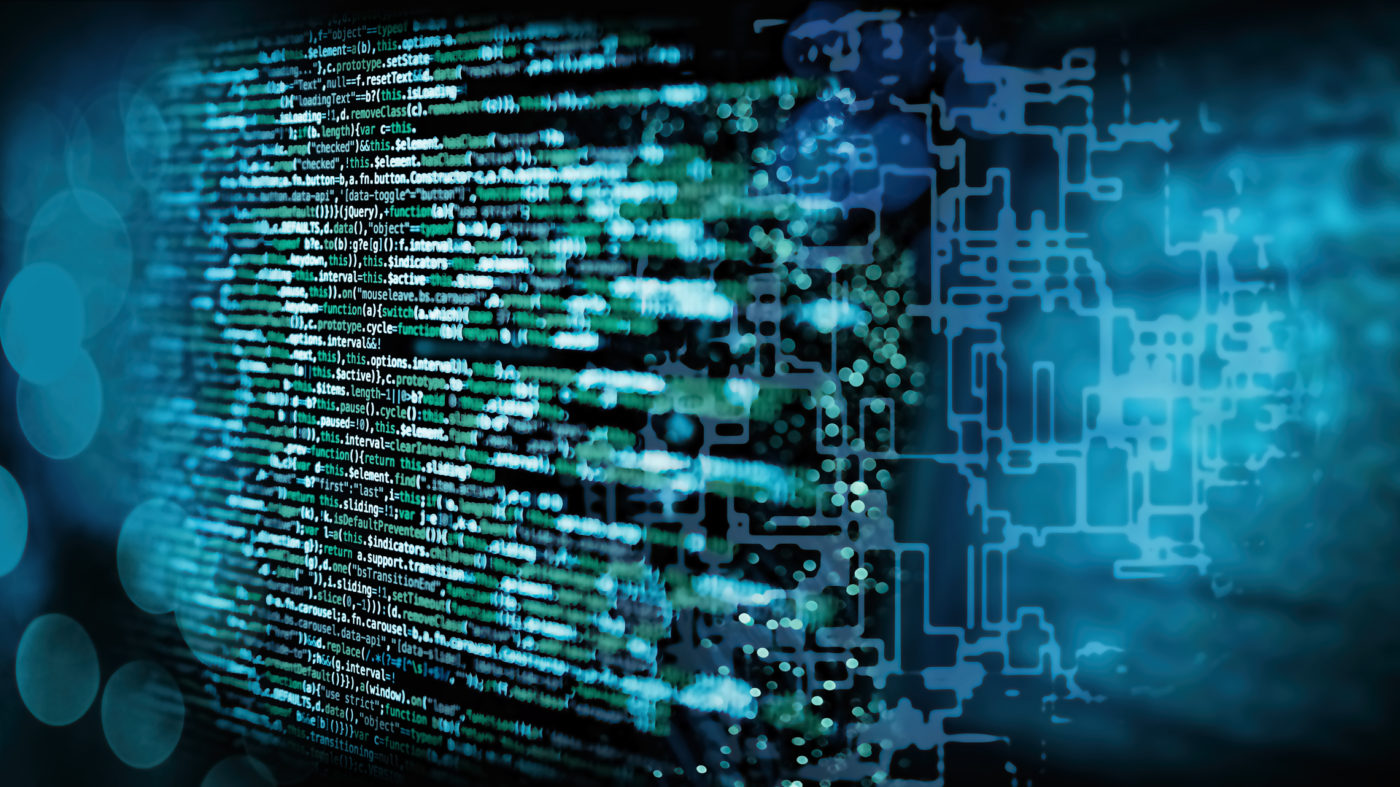 Lamar Smith, a former U.S. Congressman, and Hans Rickhoff, both of Akin Gump, describe how new initiatives designed by the U.S. government will help advance the development and deployment of artificial intelligence.

CCBJ: The administration and federal agencies have recently announced several new initiatives related to AI, including the American AI Initiative, Health and Human Services Initiative, and the DOD Initiative. Please tell us about each of these efforts and how they may impact our corporate audience.

The American AI Initiative is designed to focus the resources of the federal government to “develop AI in order to increase U.S. prosperity, enhance national and economic security, accelerate national leadership in AI, and improve the quality of life for the American people.” Many private sector stakeholders are interested in this initiative, which directs federal agencies to consider ways to reduce barriers to the use of AI technologies in order to promote their innovative applications while protecting American core values and how that intersects with current technologies underway. The initiative directs agencies to pledge sustained investment in AI research and development in collaboration with industry, academia, international partners and allies, to generate technological breakthroughs in artificial intelligence.

The Department of Defense announced that the Joint Artificial Intelligence Center (JAIC) would carry out an artificial intelligence strategy to accelerate the adoption of AI to modernize our military forces, enhance national security capabilities on the battlefield and advance U.S. prosperity. The initiative recognizes that leading private sector technology companies, including large-industrial partners, small start-ups and venture capital firms, are crucial to strengthening the AI ecosystem. In addition, this initiative establishes a centralized AI portal for potential partners that details key processes, topics of interest and contacts that will streamline contracting, acquisition and on-boarding processes. Many government contractors are working to determine how to combine with this effort to help alter the dynamic of our nation’s strategic forces. This is also highlighted by the upcoming hearing in the Senate Armed Services Subcommittee on Emerging Threats and Capabilities titled “Artificial Intelligence Initiatives within the Department of Defense.” The Subcommittee has invited witnesses to testify from Department of Defense programs authorized to administer artificial intelligence initiatives, including the JAIC.

What are the privacy concerns related to these initiatives?

Artificially intelligent technologies rely on computer algorithms that require vast amounts of data to determine how they will respond to inputs. Consumers are exposed to privacy risks when their personal data is collected by AI systems and unlawfully re-appropriated by bad actors for secondary purposes.

What ethical boundaries are in place as it relates to the use of AI?

Few hard stop ethical boundaries have been put in place to address the ethical concerns associated with artificial intelligence applications. The Trump administration’s executive order announcing the American AI Initiative directs federal agencies to protect civil liberties, privacy, American values, and United States economic and national security while informing the development of a regulatory framework. The contours of a regulatory framework are in the initial stages but will be responsive to the unintended consequences associated with AI, such as the malicious uses of AI, bias and the invasion of privacy.

What other administrative and congressional actions do you anticipate related to AI?

In the last Congress, the House Government and Reform Subcommittee on Information Technology held a hearing to further the understanding of artificial intelligence, and to examine its development, use and potential challenges. Witnesses advised the subcommittee that the federal government could play a critical role in enabling the further development of AI by loosening restrictions on data sets that are considered a public good. Some of the most comprehensive data sets are currently owned by the federal government. The federal government likely will embrace an open data policy to provide researchers access to large data sets in the furtherance of research.

Under Chairman Lamar Smith’s (R-TX) leadership, the House Science, Space and Technology Committee marked up legislation to reauthorize the National Institute of Standards and Technology (NIST) (H.R. 6229). The bill directed NIST to continue supporting the development of artificial intelligence and data science, including the development of machine learning and other artificial intelligence applications. Moreover, the House Committee on Science, Space and Technology was the first committee to hold hearings on AI and quantum computing. As Chairman, Smith also introduced the bipartisan National Quantum Initiative Act (H.R. 6227), which was enacted by Congress and signed into law by the President. It creates a unified national quantum strategy to ensure that the U.S. remains a global leader in the computing arms race.

In the previous Congress, the Senate Commerce, Science and Transportation Committee held a hearing to conduct a broad overview of the state of artificial intelligence, including policy implications and effects on commerce. Witnesses at this hearing advised senators that our workforce must be adequately prepared to join and continue to participate in this industry. A workforce equipped with the proper tools and knowledge to succeed will contribute to United States supremacy in the field of AI. To solve the talent and workforce limitations, Congress may initiate increased investment in our students and educational system and encourage more students to master the fundamental building blocks of science, technology, engineering, mathematics and computer science (STEM).

Who are some of the key players behind these actions and what are their goals?

Because artificial intelligence influences so many different sectors, there are several committees with relevant jurisdiction. No single committee in Congress has primary jurisdiction over AI. For instance, the Transportation and Infrastructure Committee has an interest in the oversight of autonomous driving and the Energy and Commerce Committee has jurisdiction related to issues of privacy, cybersecurity and data security. The Banking and Financial Services Committees in the Senate and House, respectively, are interested in issues related to implicit bias. The Science, Space and Technology Committee asserts jurisdiction over much of the non-defense federal research and development portfolio. We expect these committees and others to conduct oversight of AI and advance legislation.

Individual members of Congress have signaled their strong interest in artificial intelligence or in the unique sectors where AI is developing. For example, Representatives Will Hurd (R-TX) and Robin Kelly (D-IL), the former Chairman and ranking member, respectively, of the House Oversight and Government Reform Subcommittee on Information Technology, released a white paper on artificial intelligence in September 2018 outlining lessons learned from the subcommittee’s oversight and hearings on AI. It sets forth key policy and regulatory recommendations for moving forward.

Senators Martin Heinrich (D-NM) and Rob Portman (R-OH) recently announced the formation of the bipartisan Senate Artificial Intelligence Caucus. The Senate AI Caucus will work to develop smart policy that balances AI’s risks and rewards to ensure the competitiveness of the U.S. economy, while maintaining important ethical standards. The Senate AI Caucus complements the bipartisan House Congressional AI Caucus, which is co-chaired by Representatives Jerry McNerney (D-CA) and Pete Olson (R-TX). The House AI Caucus exists to inform policymakers of the technological, economic and social impacts of advances in AI and to ensure that rapid innovation in AI and related fields benefits Americans as fully as possible. Each of the caucuses has identified the importance of bringing together academia, federal agencies and private industry to discuss the latest technologies and the implications and opportunities created by AI. 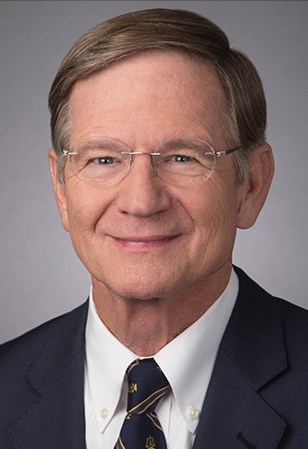 The Top 5 Workflow Automation Use Cases of 2021

2021 was another year of doing more with less, for many companies that meant relying on technology to keep essential business moving forward.

In a Tech-Infused Future, People Matter More Than Ever

David Oskandy, General Counsel and Secretary at Avanade Inc., sits down for a discussion on leadership style, with a little life advice mixed in for good measure.