Twibel Hits the Courts: Defamation and the Internet

Editor: Please start our discussion by defining the concept of “Twibel.”

Ardebili: “Twibel” combines the words “Twitter” and “libel,” and is shorthand for the online publication of a false statement that is damaging to a person’s reputation. Twibel is not limited to statements on Twitter, but encompasses libelous statements published through all social media, blogs, and other online platforms. What makes Twibel different from traditional libel is how the Internet and social media have shattered obstacles to publication. Anyone – not just traditional news outlets – can instantly publish whatever statements they wish. And the potential audience may be as broad or narrow as the speaker chooses (based on whether the content is publicly available or limited to the speaker’s “followers” or “friends”). The emergence of Twibel reminds us how technology has radically changed the way people share and consume information, and the key question is whether the law has kept pace with technological innovation.

Editor: Have any Twibel cases been decided in the U.S.?

Ardebili: There is a dearth of case law on this subject, which is one reason why those of us who practice in this area find it so interesting. A number of Twibel cases have been dismissed or settled before trial, including the first-known Twibel case. In 2009, fashion designer Dawn Simorangkir sued musician Courtney Love. Simorangkir and Love had a business dispute, and Love tweeted that Simorangkir was a thief and a criminal. That case ultimately settled a week before trial for $430,000.

Love was later involved in a second Twibel case, which actually did proceed to a jury verdict in 2014. In 2011, Love’s former attorney Rhonda Holmes sued Love over a tweet stating that Holmes had been “bought off.” (Gordon & Holmes et al. v. Courtney Michelle Love.) Love’s defense was that she had not intended to tweet to all of her followers, but to send a direct message to reporters who had asked about her attorney-client relationship with Holmes. The jury found that, although Love’s tweet contained false information intended to harm Holmes’ reputation, there was no libel because Love didn’t know that the statements were false. Love prevailed on the element of fault, which requires a public-figure plaintiff to establish that the speaker knew that his or her statement was false, or at least recklessly disregarded its falsity. The jury found this element missing in the Love case.

Editor: Is traditional defamation law effective as a remedy to Twibel?

Ardebili: Yes, the fundamentals of defamation law still apply in the post-Twitter world. That said, the existing doctrines will surely develop through specific cases, particularly given how technology has changed the publishing landscape. Before, when traditional media dominated, consumers typically turned to well-known news outlets with established reputations regarding the credibility of their information. Now, thanks to Twitter and other online platforms, anyone can be a publisher. Anyone can post or blog instantly and disseminate a virtually limitless scope and volume of information to a global audience, if they so choose.

Notwithstanding that technology has removed barriers to publishing, the basic principles of defamation law provide a meaningful roadmap for navigating a lawsuit. For example, existing defamation law distinguishes between statements about a private person versus a public figure, and requires a heightened standard of bad intent with regard to false statements about a public figure. This distinction is grounded in the First Amendment as well as the idea that public figures, at least to some extent, voluntarily expose themselves to public comment. On the other hand, when an action is founded on statements made about a private person, the plaintiff need only show that the statement was made with negligence about the falsity of the statement. Similarly, whether the statement is published in newsprint or online, the truth of the allegedly defamatory statement is always an absolute defense to a defamation claim.

Although these same principles apply to Twibel cases, one twist in Twibel cases is that, unlike typical news articles in traditional media, many tweets or posts are expressions of opinion rather than fact (akin to an editorial). Since a defamation case cannot be based on a statement of opinion, it may be more difficult to win a defamation case based on a tweet or post. It will be interesting to see how courts grapple with the fact vs. opinion issue in future cases.

Editor: Would you say that Twibel has disrupted the traditional balance of power within defamation lawsuits?

Ardebili: Yes. Consider, for example, a situation where the defendant is an average person (as opposed to a powerful news outlet like the New York Times) who posts a defamatory statement about a large corporation on Twitter, Facebook, or a blog. An individual defendant who lacks the resources of a traditional news outlet faces significant financial risk, especially if the corporate plaintiff is serious about pursuing the lawsuit through trial. On the flip side, the news is not all good for plaintiff corporations. An average person may not have the deep pockets of a major newspaper, so the “upside” in terms of damages that the corporate plaintiff can recover may be limited. A corporate plaintiff may also be concerned about the public relations fallout that may come with suing an individual who will likely contend that he or she is only exercising his or her free speech rights. In the post-Twitter world, there are important strategic considerations to weigh on both sides.

Editor: What policies might a company adopt to mitigate liability?

Ardebili: The best advice I can give to a company that hosts user-generated content is to contribute as little as possible to its users’ content, especially content that could be considered defamatory. Why? Because of the privilege established under section 230(c)(1) of the Communications Decency Act of 1996. This law was inspired by technological innovation and the widespread dissemination of information by Internet service providers. It gives providers or users of an interactive computer service protection against defamation lawsuits where the provider or user does not materially contribute to the allegedly defamatory content. To put it into the context of a company that hosts content, so long as the company does not materially contribute to allegedly defamatory content, then the company is not viewed to be the speaker or publisher of the defamatory remark. Therefore, simply posting or reposting someone else’s statement does not give rise to liability.

A recent case decided by the Sixth Circuit Court of Appeals addressed just this kind of situation. In Jones v. Dirty World, Sarah Jones, a former teacher and NFL cheerleader, sued a gossip site called The Dirty for posting pictures with commentary about her that accused her of promiscuity. The Dirty not only posted content submitted by one of its users but added some of its own editorial commentary that seemed to ratify the statements made in the posting. The Sixth Circuit held that Section 230(c)(1) of the Communications Decency Act protected The Dirty. The court explained that The Dirty’s mere ratification or reposting of defamatory statements made by somebody else did not invalidate the statutory protection, and in this case, the editors of The Dirty did not materially contribute to the defamatory statements. This distinction informs my advice: companies that merely post (or repost) and do not materially contribute to allegedly defamatory content should be safe and protected by Section 230(c)(1).

Editor: What if the organization is the target of the defamatory content?

Ardebili: This comes up often in my practice. I usually recommend starting by demanding a retraction because the retraction may sufficiently address the harm caused by the original statement, and it doesn’t make the company look so heavy-handed that it might immediately file suit. The company should send a letter to the poster demanding that the statement be removed and may also request the issuance of a new statement indicating that the original statement was factually incorrect. If the poster refuses to issue a retraction or the retraction doesn’t provide a sufficient remedy, then a lawsuit is the next option.

Before proceeding with a lawsuit, the company should consider the issues we’ve already discussed – possible public relations repercussions and realistic limits to the financial upside. In some cases, the corporate plaintiff may not care about financial upside because it is willing to invest resources just to be vindicated, whether in a court of law or the court of public opinion. In other instances where a company is focused on recovering monetary damages, the company would do well to weigh the risks of proceeding if the defendant doesn’t have the resources to pay a significant judgment.

Editor: Does the size of the speaker’s audience affect the legal analysis?

Ardebili: The “follower” dimension is certainly interesting and, for instance, can affect a damages analysis. Essentially, if a statement is disseminated only to 15 followers, then the actual reputational harm to the plaintiff is likely to be less than if the statement went out to hundreds, thousands, or millions of followers.

Editor: What is the likelihood that Twitter will be regulated either by itself or by the federal government?

Ardebili: It’s unlikely that Twitter will regulate its users’ content. Twitter recognizes that it has protection, including under Section 230, particularly as a result of its design as a platform for people to create and disseminate their own content. As long as that remains Twitter’s model, it will likely err on the side of free speech and not directly regulate its users’ tweets or intervene in Twitter wars.

Editor: Do you expect international law to have an impact on domestic Twibel decisions?

Ardebili: That’s something we’ll all be watching. Although there are very few domestic cases involving Twibel, a number of international cases have played out to a conclusion. While court decisions in other countries are not binding in the U.S., our courts and legal commentators will certainly be following those developments to understand the legal reasoning and how the principles of defamation law are applied. Additionally, the fact that a tweet can be disseminated worldwide raises the possibility that plaintiffs from other countries could sue U.S. tweeters, and those cases will raise issues relating to jurisdiction and venue, among others. I predict that those issues will probably be addressed based upon existing law, however.

Editor: Do you have any final thoughts to share with our readers?

Ardebili: Twibel demonstrates how technological innovations can drive the evolution of law. It will be a very interesting area to follow, particularly as new online and mobile platforms are developed. Although it may be hard to predict what those developments will be, it certainly seems that things are trending in the direction of open access for people to publish, speak, share, repost, and retweet, rather than toward limiting people’s ability to create and share content. It’s going to be a challenge for the law to keep up with technology, but we often find that the law already has factors, balancing tests and other principles that work well, even in the face of new technologies. 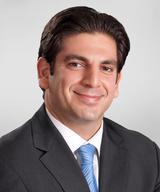