Dan Haley, general counsel and corporate secretary at Sprinklr, discusses the fortuitous nature of his career path, what he’s learned about leadership over the years, and why he thinks lawyers need to loosen up – even if only a little bit.

CCBJ: Sprinklr is a New York City–based software company that develops and provides enterprise software for customer experience management. What led you to your current position as general counsel there?

Dan Haley: To be honest, it was a combination of a lack of direction, total career flexibility and good luck. I have always been someone who doesn’t totally make a career plan, and I don’t give too much thought to the middle distance or the long-term. I’ve always been very open to new opportunities, and after spending the early part of my career in politics, I went to law school. I’d always had it in my head growing up that law school was something I’d like to do, and I was terrible at math, so that ruled out a whole bunch of other career paths. I did the law firm thing for five years, and then I got a very unexpected opportunity to join Governor Romney’s administration in Massachusetts, in the legal department. I made a bunch of great contacts, and that helped lay out the course of the rest of my career so far.

Those contacts led directly to me meeting some folks at Athenahealth, where I was very lucky to move from a government affairs role to general counsel in relatively short order. I had a wonderful career at Athenahealth, ultimately ending up as a chief legal and administrative officer. When the company flipped from public to private last year, it more or less turned over its entire leadership team, and I departed along with a number of my colleagues. I had the flexibility to be very picky about where I landed next. A contact introduced me to Sprinklr, and the company and its leadership really impressed me, so here I am.

Tell us about your own leadership style and who has influenced it.

I would that say I am relatively easygoing – and very team oriented. My approach is to hire talented people and then let them do their jobs. I believe very strongly that the way to succeed is to find the smartest, most talented people you possibly can, then let them make you and the entire team look good by staying out of their way – giving them the support necessary to do their jobs, but not being a micromanager. That said, as a leader, I also think it’s very important to always be individually accountable: to take blame individually, but share credit across the team.

A combination of folks have influenced me, starting with my dad growing up. He ran a small company in my hometown of Holliston, Mass. Most executives like to think that they treat employees like family, but my dad’s company really was like a family. The people who worked for him – I really felt like they were an important part of my life growing up. I learned the human side of business from him.

I sometimes joke that I feel a bit like Forrest Gump, in the sense that I’ve been incredibly lucky to find myself in proximity to extraordinary leaders in the course of my career. I’ve already mentioned that I got to work for Governor Romney as his deputy legal counsel and ultimately deputy chief of staff. More recently, at Athena, I had the opportunity to work very closely with Jeff Immelt, the former CEO of General Electric, who was our lead outside director. Here at Sprinklr, our founder and CEO, Ragy Thomas, is a true visionary. He’s one of those tech entrepreneurs who can see around corners, into the future, and formulate a vision to build something truly extraordinary. And our lead outside director is John Chambers, the iconic former CEO of Cisco.

These are all some of the most successful businesspeople in the world, and I have had the good fortune to work in close proximity to them. It’s helped me learn a ton about executive decision-making, as well as about listening to different perspectives when making those decisions – and being accountable for the results.

“The way to succeed is to find the smartest, most talented people, then let them make you look good by staying out of their way.” –Dan Haley

I look for intelligence, obviously – subject-matter expertise – but also a sense of humor. I can’t work with people who take themselves too seriously. Although aspects of the law are very serious, one of the things that my current CEO, Ragy, said to me early on was that Sprinklr is a company that exists to make our clients happy and to help them make their customers happier. He said, “I want you to make sure your team understands that your job representing us in the legal function is to make everyone you interact with happier.” I kind of laughed and said, “Well, that’s kind of tough to do sometimes as the lawyer.” But he gave me an interesting example that really opened my eyes.

He asked me to think about the preflight announcement that you have to listen to every time you get on an airplane. That’s very serious information; it’s very dry and boring, and it used to be that flight attendants would get up and just drone through it. But then some years ago, Virgin Atlantic airline got the idea of making it funny, and they started doing skits and eventually videos with professional actors. Before you knew it, airlines all over the world were basically competing on who had the funniest preflight announcement, and that had the effect of making that information, which is a statutory requirement, more digestible. It made it so that people actually wanted to listen to it. They looked up and paid attention, instead of ignoring it. So they made the conveyance of that message more effective by making it fun, by making it something that makes people smile. That struck me as a great way to think about the way lawyers approach their work, and now our team talks a lot about how we can do that: In contract negotiations, and even in adversarial situations, we make sure that the voice and face we project to the world is joyful and happy and passionate about our work.

What would you say is the best career advice you’ve ever received?

That’s easy, it’s the same advice that I now find myself giving over and over. When I started my first job after college, I was a staffer at the 1996 Republican National Convention in San Diego, and I found myself getting very frustrated with various things that were going on in the workplace, like why am I getting paid less than the person over there who does half as much as I do – that kind of thing. My boss sat me down and said, “Dan, worry about yourself.” What he meant by that was not “don’t worry about the team.” He meant don’t get distracted by other people’s situations. Worry about yourself instead, work hard and do a really good job, and good things will come. Don’t worry about the people around you and what they may or may not be getting. You don’t know the details about what they’re dealing with or how people are assessing them. You don’t know what they’re actually contributing. All you can control is yourself – your work and how people perceive you.

I took that to heart because I really trusted him. So I buckled down, I worked hard, and a couple of months later I got a big raise and a bunch of recognition that was totally unexpected. A big part of my job, and one of the things I love about being an executive and a general counsel, is managing people, particularly managing younger attorneys and legal professionals. That same kind of situation comes up fairly frequently, where someone is frustrated about something, some inequity that they perceive in the workplace. And I find myself recounting that conversation, which happened more than two decades ago now, and giving them the same message. So that’s easily the best career advice I’ve ever gotten.

“We make sure that the voice and face we project to the world is joyful and happy and passionate about our work.” –Dan Haley

What are some changes you’re hoping to see within the profession?

I think that lawyers, maybe by our nature – by the nature of the people the profession attracts – we tend to take ourselves rather seriously, and I think that is often to our detriment. There’s a reason people tell lawyer jokes. There’s a reason people laugh and say, “Who invited the lawyer?” when a lawyer walks into the room. I think that the more that lawyers, especially in corporate contexts, are able to view ourselves as strategic business owners rather than these rigid regulators or control functions, the better we are able to serve our stakeholders in our businesses. I was just talking about this the other day in the context of a negotiation. I wish that, as lawyers and as negotiators, we could find a way to start closer to the end point in negotiations, rather than always starting far apart and ending up, more times than not, where everyone knew we’d end up anyway, after a month of time, effort, angst and stress. 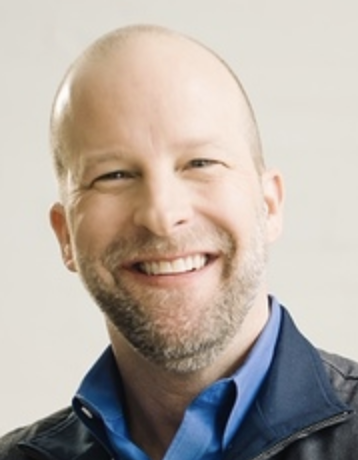 Tara Jones, legal services manager for Verizon Media, began her career as a billing consultant and successfully transitioned to become the manager of the company’s entire e-discovery process. Here, she discusses the attributes and advice that helped her advance in her career, as well as what others can do to chart a similar path.

Riqui Bonilla and Nitika Gupta Fiorella of Fish & Richardson discuss the firm's Next Gen initiative and what seasoned attorneys and clients can do to further the success of developing trial lawyers.