Inside The Black Box

Over 500,000 trucking accidents occur every year in this country. Of these, approximately 5,000 result in fatalities, and many more result in serious personal injury or property damage.1By the time you are notified that your client's tractor-trailer has been involved in a serious accident, the insurance company may have already sent a crash investigation team to the site. Hopefully, they have already collected and preserved relevant information, such as photographs, police and EMT reports, witness statements, driver log books and one item that should never be overlooked, the truck's "black box."

Black boxes are known as "electronic control modules" (ECMs) or "event data recorders" (EDRs). Most commercial trucks are equipped with an ECM or EDR, and many national or regional carriers also use satellite tracking equipment or trip recorders to monitor their fleet. Preservation of electronic data from any of these sources is vital to the defense of litigation arising from an accident, as it may be the most reliable and objective source of information about the events that occurred just prior to a crash. Moreover, the failure to preserve electronically stored information (ESI) relating to a crash can result in court-imposed penalties to both the lawyer and the client. While the potential sanctions for a failure to preserve electronic evidence vary widely across state and federal courts, most attorneys (and clients) would prefer to avoid a motion for sanctions.

If the accident involved passenger cars, it is equally important to make sure that data from their EDR equipment is also located and preserved. At a minimum, you will want to make sure that an appropriate preservation notice is immediately sent to the owners of other vehicles involved in the crash, before evidence is lost or destroyed.

What Is An EDR?

An EDR is a device that stores data about the physical properties of a vehicle that is involved in an "event," which can include an accident or near accident. The National Highway Traffic Safety Administration (NHTSA) provides the following definition:

[A] device installed in a motor vehicle to record technical vehicle and occupant information for a brief period of time (seconds, not minutes) before, during and after a crash. For instance, EDRs may record (1) pre-crash vehicle dynamics and system status, (2) driver inputs, (3) vehicle crash signature, (4) restraint usage/deployment status, and (5) post-crash data such as the activation of an automatic collision notification (ACN) system. We are not using the term to include any type of device that either makes an audio or video record, or logs data such as hours of service for truck operators. EDRs are devices which record information related to an "event." In the context of this site the event is defined as a highway vehicle crash.

Information that can be stored and downloaded from EDRs in most commercial trucks includes speed history, excessive RPM, heavy breaking, speed exceptions, hours driven, movement summary, fast accelerations, accident reports, driver identification, idle time, fuel consumption and seating driving time limits. In automobiles, an EDR may also report whether seatbelts were worn and whether an airbag deployed.In commercial vehicles that are equipped with global positioning satellite systems, much of the above information can be transferred immediately via satellite to a "home" base.2

The EDR is the cousin of the flight data recorder. The technology behind both the EDR and the flight data recorder has been in operation since the 1940s. The use of EDRs to capture vehicle crash data began in the 1990s. In 1997, the National Transportation Safety Board recommended that EDRs be implemented in all commercial trucks, but that recommendation was eventually dropped. Currently, federal regulations do not require that trucks have EDRs; however, almost all truck engines today have an ECM that functions as an EDR. An ECM is standard equipment on all diesel fuel injection systems.ECMs allow companies to monitor and analyze trip times, speeds, total idle time and the existence and number of hard stops, all of which can help a company save fuel and engine wear and tear by better managing its fleet.

Additionally, almost all modern automobiles have EDRs. The NHTSA did not require manufacturers to install EDRs in vehicles produced for North America because there was already an overwhelming trend for voluntary EDR installation. The NHTSA estimated that by 2010, over 85 percent of vehicles would already have EDRs installed in them, but warned that if the trend did not continue, the agency would revisit its decision and possibly make installation a requirement.

What Data Do EDRs Capture?

• Brake use(5 seconds before impact);

• Delta-V / change in velocity (for up to 3 seconds after impact);

• Time between crash events, if applicable; and

• Did the EDR complete the recording?

However, the only way to know what data the EDR is set up to record is to determine the type of EDR you are dealing with, by decoding the vehicle identification number ("VIN"). It is important to retain an expert who knows how to properly extract the data as well as interpret all of the data available from the black box technology.

The Importance Of Preserving EDR Evidence

EDR evidence is generally admissible at trial. Challenges to its scientific veracity have almost uniformly been shot down. See e.g., Matos v. State , 899 So. 2d 403 (Fla. Dist. Ct. App. 4th Dist. 2005) (even assuming that data from an EDR in an automobile was "new or novel," such data is generally accepted in relevant scientific fields, and there is not basis to exclude it where the process of recording or downloading such data was not a novel technique and has been used in the automobile industry for over a decade).

In many instances, EDR evidence can actually corroborate your client's version of events and bolster your case. For example, imagine a situation in which an eyewitness claims that the truck driver was speeding. The driver insists that he was below the posted speed limit. Inherent bias against trucking companies exists, and eyewitness testimony is often given more credit than it deserves. If the EDR evidence indicates that the truck was operating under the speed limit prior to the crash, you are likely to prevail on this issue.

But there also is a benefit from preserving EDR data and reviewing it early on in the case, even when the data indicates that your client may have done something wrong.Knowing the weaknesses in your case up front is key to developing a strategy for defending or settling the case. Developing an early exit strategy can potentially save your clients money by avoiding a lengthy discovery process and motion practice.

Accident reconstruction, particularly in multi-vehicle or severe injury cases, will likely be an important aspect of the defense. The information on an EDR is often used by accident reconstruction experts, in addition to other evidence from the scene, to effectively demonstrate what occurred and who was at fault. Unfortunately, a truck's EDR can only tell you what the truck was doing. If the truck happened to be equipped with an anti-collision system, radar details concerning other motorists may be recorded and may reveal that the motorist was at fault. Of course, in accident reconstruction, analyzing all available data, including EDR data from other vehicles involved in the crash, is of paramount importance.

Moreover, it should always be kept in mind that the Federal Rules of Civil Procedure, and rules in many states, impose requirements for preservation of electronic data. Indeed, parties should always be prepared at the earliest possible juncture to explain their protocols for the preservation and discovery of electronic data. Rule16 provides that discovery plans must include "provisions for disclosure or discovery of electronically stored information." Rule 26 provides that parties' initial disclosures must include descriptions by category and location of "all electronically stored information" and that the parties should, as part of their mandatory discovery conference, discuss "any issues relating to disclosure of electronically stored information, including the form or forms in which it should be produced." The failure to properly preserve and produce electronic data, such as the data from an EDR, can lead to sanctions ranging from an adverse inference, to monetary sanctions, or even striking an answer or complaint. Accordingly, it is in your client's interest to carefully preserve all EDR data.

Not only is it mandatory to preserve this evidence, but it must be done as soon as possible after an accident has occurred.EDR data can be overwritten if the vehicle is moved or operated after an accident. Critical data, whether it is facts that will assist you in defending your case or help you to assess the potential liability of your client, can be lost if you do not act quickly, and the potential consequences are significant.

4A full list of the data that is required to be recorded is available in tables located at the end of the NHTSA Final Rule. 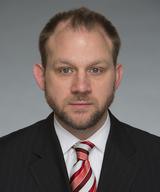