Editor's Note: Part II of this article will appear in the May issue of The Metropolitan Corporate Counsel.

Imagine that you have recently signed and received court approval of the settlement of a nationwide class action on behalf of your defendant corporate client. Further imagine that your client is sued again on the same grounds underlying the settlement and you and your client expect a routine dismissal based upon the collateral estoppel effect of the supposedly binding class action settlement order. The outcome, however, is anything but routine. Suddenly, the client is faced with a new lawsuit (that you both thought had been settled) and more attorneys' fees. The "peace" you thought you bought in a "global" class action settlement proves to be illusory. This is not purely an academic exercise; it is precisely the situation that the defendants in State v. Homeside Lending faced in February 2003, after the Vermont Supreme Court refused to enforce a nationwide class action settlement order entered by an Alabama court against Vermont citizens. This scenario presents just one of the many issues facing counsel when considering whether and how to settle class action litigation, and whether the settlement will ultimately be approved and enforced.

A. Rule 23. The Rule 23(b)(3) certification, notice, and adequacy of representation rules apply not only to litigation classes, but also to settlement classes. Indeed, in Amchem v. Windsor , the United States Supreme Court held that class settlements warrant even greater caution on the question of class certification: "specifications of [Rule 23] - those designed to protect absentees by blocking unwarranted or overbroad class definitions - demand undiluted even heightened attention in the settlement context."1 A heightened standard for certification of class settlements compensates for the fact that "a court asked to certify a settlement class will lack the opportunity, present when a case is litigated, to adjust the class, informed by the proceedings as they unfold."2 Heightened attention when certifying a settlement class, thus, presumably decreases the risk that the interests of absentee members will not be properly represented and increases the likelihood that a settlement will be fair and reasonable.

The Supreme Court ruled that the lower court could not apply Kansas law to all of the claims in the purported nationwide class action until it had determined that no conflict existed with the laws of any other jurisdiction connected with the lawsuit. Upon review of the applicable state laws, the Court found that due to the number of conflicts between Kansas law and other states' laws, coupled with the scant connection between Kansas and the matter and the parties at issue, the application of Kansas law to every claim in the case violated constitutional limits. Thus, from Shutts two general rules developed: (1) the law of the forum state may be constitutionally applied to the claims of all class members only where it does not conflict in any material way with any other law which could apply, and (2) where the law of the forum state does materially conflict, the law of the forum state may be applied to all class members only if the forum has significant contacts or a significant aggregation of contacts to the class members' claims.4

According to the Supreme Court, "the Due Process Clause need not and does not afford [absent class plaintiffs] as much protection from state-court jurisdiction as it does [absent defendants]." The Court stated that it is reasonable and just for a state to exercise personal jurisdiction over absent plaintiffs because the burdens placed by the state upon an absent class plaintiff are not of the same order or magnitude as those placed upon an absent defendant. The Supreme Court was "convinced that such burdens are rarely imposed upon plaintiff class members, and that the disposition of these issues is best left to a case which presents them in a more concrete way." Based on this reasoning, the Court held that the minimum contacts test did not apply and that the only due process protections afforded absent class plaintiffs are notice of the litigation, an opportunity to opt out, and adequate representation.

The principles set forth in Shutts were put into practice in State v. Homeside Lending. In that case, the State of Vermont sued defendants, Homeside Lending and BankBoston Corporation, for alleged violations of Vermont's consumer fraud statute.5 The defendants moved for summary judgment, arguing that the litigation was precluded by a national class action settlement judgment issued by an Alabama circuit court in Hoffman v. BancBoston Mortgage Corp,6 which purportedly settled claims that the defendants required mortgagors to maintain amounts in their escrow accounts in excess of the amounts authorized by the mortgage contract to cover realty taxes, insurance, and other assessments, the same allegations as in Homeside .

The State of Vermont argued that the Hoffman settlement judgment should not be given preclusive effect because it failed to provide absent class members with adequate notice and representation while also denying them due process. Specifically, the State's grievances in Homeside Lending stemmed from the attorney's fees provisions in the Hoffman settlement which provided that attorney's fees would be a percentage "of the economic benefit conferred on the class" as determined by the court. At the settlement fairness hearing, the Hoffman court determined that the attorney's fee should be 28% of 19% of the escrow account amounts of class members to be deducted monthly and sent to class counsel. The final attorney's fee award was between $8 million and $11.7 million.

A. Minimum contacts analysis. The Vermont Supreme Court found that attorney's fees awarded under the settlement imposed large monetary burdens on class members that exceeded the benefit to class members under the settlement.7 The Court equated the monetary burdens placed on class members to the liabilities faced by defendants and concluded that this case provided an example of the rare circumstance discussed in Shutts under which a plaintiff class may be as burdened as a defendant. Accordingly, the Court applied the stricter minimum contacts test of International Shoe rather than the more minimal due process protections applied in Shutts because in this case plaintiffs could not just "sit back and allow the litigation to run its course, content in knowing that there [were] safeguards provided for their protection."8 Finding that no minimum contacts existed between the Vermont plaintiffs and the state of Alabama, the Court held that the Alabama court could not have had personal jurisdiction over the Vermont residents in the class.9

B. Notice provisions. Similarly, the Court's due process evaluation of the Hoffman notice provisions prevented the Alabama court from imposing jurisdiction over the entire nationwide class. As discussed previously, the due process jurisdiction test set forth in Shutts requires that absent non-resident class plaintiffs receive notice of the settlement, an opportunity to be heard, and an "opt out" provision. Because the class members could not easily travel to Alabama to fight the judgment, nor were they likely to pay for legal advice to evaluate the "opt-out" provision, the Vermont Supreme Court determined that the "quality of notice was critical to any determination that class members truly consented to jurisdiction or that jurisdiction was fair under the circumstances."10 Upon review, the Court found the substance of the notice unacceptable. The wording was complicated, and the source and amount of the attorney fees undeterminable. The notice also failed to define the term "economic benefit" which was the "lynchpin" of attorney's fees calculations.11 As a result, the absent class members were unable to make an informed decision regarding their participation in the lawsuit, rendering any consent to Alabama's jurisdiction invalid.

Class counsel must also "be loyal to each member of [the class], and not act based on interests antagonistic to it."13 Although the Vermont Court recognized that with respect to attorney's fees, attorneys in damage actions often have "an unavoidable conflict of interest with the class that does not make their representation inadequate per se," the unique structure of the Hoffman settlement inexcusably pitted the interests of attorneys against those of the class members.14 According to the Vermont Court, "every dollar obtained by the class attorneys for their fees came from the [escrow] accounts of the class members, making them adversaries."15 This basic conflict of interest was further exacerbated by the class attorney's definition of "economic benefit," the method of calculation, and the defendant's agreement to a "clear sailing" clause.

The Vermont court also observed that defendants in Hoffman agreed that they would not oppose the attorneys' fee request, and would remain mute at the fairness hearing. The Court believed this type of "clear sailing" agreement prevented the "propriety of the fee request" from being tested in the "adversary process." Moreover, because the settlement provided that attorney's fees would come from plaintiffs' accounts and "not as a separate item of damages paid by defendants, defendants had no direct economic interest in how the fees would be calculated." The Court held that as a result of the "clear sailing" clause and the unusual derivation of fees, defendants had no incentive to protect the interests of the class and failed to do so.16

Class certification increases the strength and number of claims, thereby heightening the stakes of litigation.17 And, of course, the aggregation of claims significantly raises the damages for which a defendant could potentially be held liable.18 In light of the increased legal and financial liability posed by class certification, defendants face near insurmountable pressures to settle.19 Designing a coherent and procedurally-sound settlement is thus vital to ensure the "global peace" that defendants seek to obtain in settling a class action.1 Amchem v. Windsor, 521 U.S. 591, 619 (1997).

19 See Peter H. Schuck, Mass Torts: An Institutional Envoluntionist Perspective, 80 Cornell L. Rev. 941, 958 (1995); See also Castano v. American Tobacco Co., 84 F.3d 734, 746 (5th Cir. 1996) (noting that certification dramatically affects the stakes for defendants. The risk of facing an all or nothing verdict presents too high a risk, even where the probability of an adverse judgment is lowThese settlements have been referred to as judicial blackmail.) 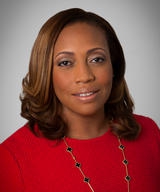