The Decade in Legal Tech: The 10 Most Significant Developments

The following, edited for length and style, is from legal tech guru Robert Ambrogi, whose LawSites blog is essential reading for lawyers and justice professionals everywhere. Read the entire piece at www.lawsitesblog.com

1. The Surge of the Startup

Over the course of the decade, the legal tech industry has changed dramatically, from one controlled by a handful of dominant legacy companies to one driven by a surge of creative and feisty startups whose products are changing how law is practiced and legal services delivered. . . . Sure, there were plenty of failures too. Not everyone can or will succeed. But somewhere out there right now is the next Clio, the next Fastcase, maybe even the next Westlaw.

2. Skies Clear for the Cloud

For anyone new to law practice in the last 10 years, it may be difficult to fathom the degree to which lawyers feared the cloud a decade ago. . . . But where a decade ago the cloud seemed ominous, it now is widely accepted as inevitable. . . . As we cross over into a new decade, there is no question where the future lies. It is in the cloud.

3. The Untethering of Law Practice

Over the course of the decade, lawyers went from being effectively tethered to their desks to being able to work from anywhere. . . . The untethering of law practice over the last decade has been a sea change so dramatic and so far reaching that we hardly even notice it anymore. But it has changed law practice forever.

4. The Proliferation of Practice Management

Practice management is not the sexiest of topics, given an industry abuzz with talk of artificial intelligence, analytics and blockchain. But it is an area of legal technology that has had a profound impact on the legal industry over the last decade. It has been instrumental in moving us from a profession that barely used technology to one that now sees it as essential and routine.

No one could have known then what a tumultuous decade it would be for legal ethics, or that the decade would close with major challenges underway to long-accepted standards of legal practice and professional regulation. . . . [T]he most significant [change] came in 2012,when the ABA formally approved a change . . . to make clear that lawyers have a duty to be competent not only in the law and its practice, but also in technology.

6. The Ascension of the Client

[T]he rise of the client has been a defining trend of this decade. The legal profession has always been about serving the client, but over the decade it has become the client, more than us, who is driving how we do that, now and into the future.

7. The Global Networking of the Legal Industry

[A]s the decade began, most of law practice – and therefore most of legal technology – was still primarily provincial, focused largely on what was happening here in the U.S. As the decade closes, the world of legal tech has become flat. Social media knows no borders. The problems we face as legal and justice professionals are universal, and so are the solutions we build to address them.

8. The Widening Adoption of Artificial Intelligence

At the start of the decade, AI wasn’t really a “thing” in legal. At the close of the decade, it seems to be everything. . . . It may be true that we are still in the early days of realizing AI’s full potential in the legal field, but it is also true that AI will continue to dominate the legal tech conversation for years to come.

9. The Accelerating Influx of Investments

The legal industry has turned a corner on its use and adoption of technology. The surge in investment that marked the end of this decade is not just a trend – it is a condition of the market from which there is no turning back.

10. The Emergence of Data-Driven Legal Practice

For generations, the watchwords of the legal profession were intuition and experience. Not only did we not use data, but it was not available to us even if we wanted to. As I wrote in a column a year ago, we could be nearing the point where it would be malpractice for a lawyer not to use analytics. 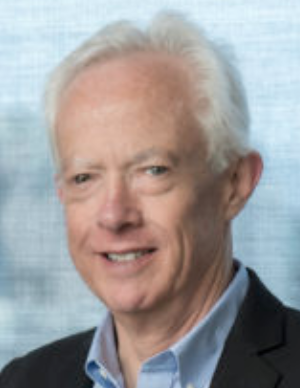