Ten Things You Need to Know About Planned Charitable Giving

In the world of charitable fundraising, outright gifts of cash are the ideal form of charitable giving. They are simple, immediately accessible and fairly easy to administer. Unfortunately, many of the really big gifts to nonprofit organizations do not come as outright gifts of cash. Instead, many times the really big gifts come in the form of vehicles described as CRATs, CRUTs, CLATs, gift annuities and restricted funds. These types of “planned gifts” can be complicated, restrictive and fraught with potential problems. That’s the world of planned charitable giving. To help you understand the legal concerns, here are 10 things you and your organization should know about planned charitable giving.

4. Many different areas of the law cover planned charitable giving. The reason that planned charitable giving can, at times, be extra complex is that many different areas of law can become involved in a planned gift. These areas include (a) state law requiring registration for the solicitation of gifts; (b) federal tax laws (many of which provide the rules for creating these various types of planned charitable gifts); (c) state fiduciary laws governing the creation and operation of charitable trusts; (d) contractual laws governing life insurance and retirement plan benefits; (e) state laws governing the issuance of annuities (see below), and (f) federal and state securities laws. A single planned gift may touch on many of these areas of law.

7. Charitable gift annuities are regulated by state law. A gift annuity is like a commercial annuity in that the donor gives the charity a lump sum of money and the charity promises to pay the donor a fixed amount of money (i.e., an annuity) for the rest of the donor’s life. Gift annuities are a very popular planned giving tool today for development officers with a planned giving program. Why? The charity can offer a donor a much higher “rate of return” (in layman’s terms, and not from a securities law perspective) than the donor can achieve elsewhere (such as in bonds or CDs). This can be demonstrated in a recent example of a gift annuity created by one of our charity clients, in which the donor (age 78) gave the charity $1 million and the charity promised to pay the donor $64,000 (6.4 percent) each year for the rest of the donor’s lifetime. However, before issuing a charitable gift annuity, your charity should recognize that many states regulate charitable gift annuities, and not all in the same way. For example, some states provide minimal regulation and oversight (e.g., Pennsylvania, where the charity self-regulates), and other states provide a much higher level of regulations (e.g., New Jersey, which requires the charity to file an extensive application, obtain a permit to issue gift annuities and file annual reports).

8. Planned charitable gifts can be directed/restricted and endowed. When a donor makes a large donation as part of a planned gift, the donor may want to see the gifted monies used for a specific purpose (e.g., the donor may direct the use for a specific project such as creating a scholarship) or the donor may restrict the use of the funds (e.g., only the income from the funds can be used, not the principal). The donor’s restrictions or directions are legally enforceable. Accordingly, the charity’s receipt of the funds must be timed with the purpose/restriction. For example, if the donor funds a $1 million gift annuity with the express direction that the funds must be used to build a new chemistry lab that is currently under construction, it may not be possible for the charity to fulfill that purpose because the charity may not have immediate access to the donated funds. The failure to use the funds for the specified purpose can subject the gift to later attack and possible refund.

9. Restrictions can’t be easily changed in a planned gift. The charity must remember that directions/restrictions in a planned gift (whether verbal or in writing) can’t be changed without the donor’s approval if the funds cannot be used for the specific purpose that the donor directed. Because many planned gifts involve a delay between the date when the planned gift is created and the date when the gifted monies are ultimately within the charity’s control, contingencies or alternative uses of the donated funds must be written into the gift to address possible changes in circumstances that may occur that make it impossible or impractical for the charity to fulfill the donor’s original direction or restriction. The donor’s original direction and all contingencies/alternative uses should be written carefully into the donor’s planned giving documents to avoid a later misunderstanding.

10. Problem gift: the “gift that keeps on taking.” The ideal gift to a charity is the “gift that keeps on giving.” Unfortunately, sometimes a charity will be offered a “gift that keeps on taking.” This is the kind of problem gift that charities should avoid (sometimes at all costs, no matter how strongly the development officer objects). The classic “gift that keeps on taking” is a gift of real estate. The value of the gift can be initially attractive. However, the charity must consider (i) the illiquid nature of the asset (i.e., think 2009 when you could not sell real estate at any price), (ii) the amount of monies the charity will have to spend maintaining the asset (i.e., real estate tax, insurance, maintenance, etc.), and (iii) possible liabilities associated with the asset (why did the donor want to give it away – is it a Superfund site?). Other types of gifts, such as tangible personal property and business assets, can create these and other types of concerns and problems for a charity. If it isn’t cash or marketable securities, care should be taken before accepting other such property as part of a planned gift. 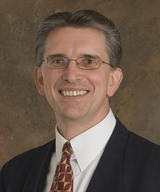 The Gates Foundation’s Keith Matthews explains what satisfies his soul and makes him happy to come to work every day.

CCBJ: Your career followed an interesting and varied path to the Gates Foundation. Can you tell us about that?

Keith Matthews: Professionally, my first job out of college...

Thinking of Setting Up Your Own Nonprofit? Here’s What You Need to Know

Thinking Of Setting Up Your Own Nonprofit? Here’s What You Need To Know Americans are often described as the most generous people in the world. An overwhelming majority of us make gifts to religious institutions, schools, cultural organizations and other established charities, big and...

Is That Volunteer Really An Employee?

A neighborhood church offers to send a group of volunteers to your company’s local retail branch to wrap Christmas presents for shoppers. As a token of thanks, your company will donate a set amount of money to the church for every wrapped gift. Does this sound to you like the perfect...

SEE ALL ARTICLES ON Nonprofit