On January 21, in a decision written by Justice Anthony Kennedy, the Supreme Court by a five-to-four voteoverturned decades of restrictions on the ability of corporations and labor unions to use general treasury funds in support of, or opposition to, candidates for federal office.The Court did uphold (by an eight-to-one vote) the statutory requirements on corporate disclosures in advertising.The decision in Citizens United v. Federal Election Commission has been anxiously awaited after the Court ordered the case reargued to consider whether two precedents upholding restrictions on corporate money in elections should be overruled.

Principally at issue in Citizens United v. Federal Election Commission was whether Section 203 of the Bipartisan Campaign Reform Act of 2002 (BCRA) prevented a corporation, such as Citizens United, from using corporate funds to finance "electioneering communications" referring to a clearly identified candidate for federal office within 30 days before a primary election or within 60 days of a general election.Citizens United produced a film titled Hillary: The Movie in which Senator Clinton's record was discussed in light of her presidential bid.To promote the film, Citizens United purchased television ads that were scheduled to run during the presidential primary election season-thus placing the ads within the timeframe prohibited by Section 203 of BCRA.

Divided along ideological lines, the Court today disagreed with this argument.The majority held that the government cannot constitutionally limit corporate independent expenditures without chilling First Amendment rights of corporations, stating that "Distinguishing wealthy individuals from corporations based on the latter's special advantages of, e.g. , limited liability, does not suffice to allow laws prohibiting speech." " Austin ," the Court says, "interferes with the 'open marketplace' of ideas protected by the First Amendment.Its censorship is vast in its reach, suppressing the speech of both for-profit and nonprofit, both small and large, corporations."

The decision keeps intact the prohibition against corporations and labor unions using general treasury funds to make political contributions directly to candidates for federal office, while, at the same time, lifting restrictions on the ability of corporations and labor unions to make expenditures, totally independent of candidates, that advocate the election or defeat of a candidate.More specifically, a corporation cannot make a contribution to a candidate in the same way that an individual or PAC may.Additionally, a corporation cannot coordinate with a candidate regarding the content of an expenditure advocating the election or defeat of a candidate.However, as a result of this decision, a corporation or labor union may spend money to purchase advertisements extolling the virtues of a candidate or sharply criticizing another. 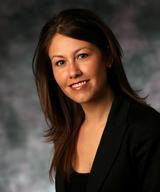