On November 10, 2014, the Supreme Court (No. 14-389) declined to review the 3rd Circuit decision (No. 13-1237), In Re: Grand Jury Subpoena, leaving intact the 3rd Circuit’s ruling on the proper bounds of the crime-fraud exception to the attorney-client privilege. In the context of a potential violation of the Foreign Corrupt Practices Act (FCPA), the 3rd Circuit’s February 12, 2014 decision provides that a court may infer a pre-existing intent to make a corrupt payment under the FCPA where the client notifies its attorney of an intent to make the payment, receives advice questioning the legality of that payment and then makes the payment notwithstanding that advice.

The Supreme Court’s action is important to companies and individuals alike and their counsel, because the decision of the 3rd Circuit, binding on federal courts in Delaware, New Jersey and Pennsylvania, potentially weakens the protection afforded by the attorney-client privilege. The limitations placed upon the attorney-client privilege by the crime-fraud exception under the 3rd Circuit decision are especially important in the context of FCPA-related legal advice where the lack of case law providing guidance on the FCPA’s application creates ambiguity.

By upholding the district court’s decision to apply the exception and suspend the attorney-client privilege, the 3rd Circuit deepens a circuit split on the issue of when the crime-fraud exception should apply. The Supreme Court’s denial of review means that for the time being, these contrasting interpretations of the privilege will continue to stand.

Delineating the crime-fraud exception’s boundaries became a central issue during grand jury proceedings to investigate a Pennsylvania consulting firm accused of making bribes to obtain business in violation of the FCPA.

The president of the consulting firm approached an attorney for legal advice in April 2008. He mentioned that he planned to pay a banker associated with a company project in order to ensure that the banker did not delay the project’s approval. Based on his preliminary legal research, and the possibility that the bank was a government entity and the banker was therefore a government official, the attorney advised the client not to make the payment. However, insisting that the action was legal, the client stated that he would make the payment. That same month, payment was made to the banker’s sister.

Subsequently, the bank discovered the payment and notified the United Kingdom Overseas Anti-Corruption Unit. After determining that improper conduct had occurred, the UK investigatory unit informed the Federal Bureau of Investigation. UK prosecution of the allegations was ongoing as of February 2014.

The defendant corporation and the attorney were first served with subpoenas to testify about the bribery allegations before a grand jury in the Eastern District of Pennsylvania in May 2012. When defendants moved to quash the subpoena, the government responded by arguing that no attorney-client privilege applied to the communications because of the crime-fraud exception. The parties then submitted arguments to the court to determine whether an in camera (private) hearing should be held to hear the attorney’s testimony so that application of the privilege could be decided.

After argument, the district court ruled in the government’s favor, finding that the government had upheld its burden to provide “an adequate factual basis to support a good-faith belief by a reasonable person” that the hearing could “reveal evidence to establish the claim that the crime-fraud exception applies." (In re Grand Jury Subpoena, 745 F.3d 681 (3d Cir. 2014)) Following the in camera hearing of the attorney’s testimony, the court further ruled that the crime-fraud exception did apply and that the attorney could be compelled to testify before the grand jury. The defendants appealed to the 3rd Circuit, which affirmed the trial court’s ruling.

The 3rd Circuit’s Reading of the Crime-Fraud Exception

In the 3rd Circuit, application of the crime-fraud exception requires a prima facie showing of two elements. First, there must be proof that the client is committing, or intends to commit, a crime or fraud. Second, the attorney’s advice must have been used “in furtherance of” that crime or fraud.

As to the “intent” element, the 3rd Circuit stated that timing was critical. The court explained that the exception does not apply where the client forms intent to commit a crime after the consultation; nor does the exception apply when the client consults an attorney, at the time intending to act as close to the edge of legality as possible, but, a year later, decides to commit an illegal act.

Regarding the element of using the advice “in furtherance of” a crime, the court stated that the advice must be used “to advance” or “give direction for” the client’s illegal course of action. It is not enough that the advice is merely “related to” the criminal conduct or that an attorney gives an opinion on whether a specific course of conduct is or is not legal. In contrast, when an attorney provides not only advice about whether conduct is legal, but also “information about the types of conduct that violate the law,” the client is able to use the additional information to better avoid detection of the intended crime.

In this case, the 3rd Circuit upheld the district court decision that the crime-fraud exception applied to break the attorney-client privilege and compel testimony by the attorney as to his communications with the corporation’s president.

The 3rd Circuit found that, here, the evidence showed the client’s contemporaneous intent to commit an illegal act. The court focused on the fact that the client told the attorney that he would make the payment despite the attorney’s advice, which offered proof that he had intended to do so from the start. The fact that the payment was made within a month also played into the court’s finding.

The 3rd Circuit also affirmed as to the “in furtherance of” requirement. Because the attorney asked the client questions about the involvement of government actors, the court opined that the client could have shaped his conduct to avoid detection. This allegedly led to his making the payment to the banker’s sister instead of the banker. Thus, the court upheld the application of the crime-fraud exception to the attorney-client privilege.

A Split Across Circuits

The 3rd Circuit’s ruling provides for a more expansive application of the crime-fraud exception, at least with respect to the “intent” element.

Regarding “intent,” the DC Circuit has held that, when officers met to discuss a body of law and then later broke that law, this did not, in itself, prove intent to commit a crime at the time of the meeting. The 8th Circuit and 1st Circuit also have issued narrower rulings than the 3rd Circuit by rejecting a presumption of intent when a client consults his attorney and then breaks the law.

There are at least four different standards among the circuits for interpretation of the “in furtherance of” requirement, including the “related to” standard rejected by the 3rd Circuit but embraced in the 9th Circuit. The 2nd Circuit applies a “purposeful nexus” standard. The 4th Circuit seeks a “close relationship.” Further, both the 2nd Circuit and the 3rd Circuit have held that the exception does not apply when a client simply ignores his attorney’s advice.

This ruling is critical for clients in the 3rd Circuit (and elsewhere) to understand how to protect their privileged communications with counsel.

As in this case, declaring one’s intent to undertake a particular course of action despite contrary legal advice is a red flag. The 3rd Circuit’s decision allows courts to make an inference of pre-existing intent when such a statement is made. This is particularly true when the client immediately undertakes the action.

The decision also suggests that a client who proposes a course of conduct and merely asks for advice as to whether it is or is not legal does not bring the communication within the ambit of the crime-fraud exception. However, a client who seeks detailed advice about the bounds of the law and particular types of conduct that would or would not be within those bounds could run into trouble. Although the Supreme Court denied review in this case, it is worth bearing in mind that the unsettled nature of these issues makes them ripe for future review. 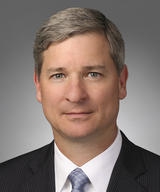 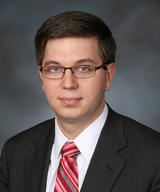