Don Liu is executive vice president and chief legal & risk officer of Target Corporation. He is a long-time champion of diversity across the legal landscape and has been involved with the Minority Corporate Counsel Association (MCCA) for nearly two decades, including a stint as chairman of the board. When it comes to setting and achieving diversity goals, Liu is a strong proponent of synergy between in-house legal departments and outside law firms. The interview has been edited for length and style.

Let’s start with a bit about your background.

Don Liu: I’ve been the general counsel of public companies in different industries for close to 20 years now. I joined Target as the general counsel about a year ago. I became involved with MCCA almost 20 years ago and served on the board for many years, but I stepped down last year when I came to Target – primarily for geographic reasons, as we’re located in Minneapolis and MCCA board meetings tend to take place in Washington D.C. or New York.

Can you tell us about MCCA’s Employer of Choice Award (EOC) program and how it services the legal community?

Liu: MCCA has had this EOC award for a number of years now. Every year they scour many large companies’ legal departments and assess the quality of the diversity programs those companies have. It’s important that legal departments promote and value diversity in the practice of law, internally, meaning their own staff, as well as at outside law firms that support diversity. Hopefully, the synergy between law departments and the clients of law firms, in terms of having great diversity programs, results in much better diversity in the larger practice of law.

That’s been the business model for MCCA from the very beginning 20 years ago, and we think it’s worked very well for legal departments as well as law firms. This year we have five finalists (American Express, Discover Financial, Duke Energy, Huntington Ingalls Industries and Verizon) who have shown MCCA a tremendous program within their own industry. Different industries have their own sets of challenges in the diversity arena, so not all of their diversity programs are identical. Nonetheless, the finalists are effective in their own setting. We have obviously done all kinds of number crunching, etc., to determine the effectiveness of their programs to come up with these finalists. At the gala in October, one of these finalists will be chosen as the winner of the Employer of Choice Award.

Now, over the years the recognition process has been tweaked and changed, so I think some of the years we recognized more than one Employer of Choice winner. This year we’re choosing one out of five finalists.

How can other general counsel or law departments and their law firms support MCCA and its initiative?

Liu: First and foremost, MCCA is a membership-based organization. Both the financial support and, perhaps even more important, the emotional support of their programming come from corporate legal departments that become members. Obviously, one way a general counsel can support the organization is to have their company become a member. Number two, as I mentioned, the business model is a symbiotic relationship that exists between in-house law departments and outside law firms in terms of promoting diversity. It speaks volumes when the general counsel not only supports and spearheads the diversity program of its own legal department but also, perhaps even more importantly, articulates and communicates their position on diversity to its constituent law firms, meaning law firms they utilize who will in turn hear their client and, for the most part, choose to support the same diversity goals.

Can you connect the dots for me, if there are any, between American Bar Association (ABA) Resolution 113 and the work that MCCA is doing?

Liu: I’m not an expert on ABA Resolution 113, but I will say that at a very high level I think we’re completely aligned. The resolution essentially calls for all those in the association to support more diversity in the practice of law, and obviously as I just mentioned so does MCCA. MCCA has a particular angle on getting to diversity, which is to utilize the unique aspects of corporate legal departments’ positions vis-à-vis the law firms they hire – but it’s all toward the common goal that ABA has.

So if you were giving advice to other general counsel or chief legal officers who need to make the business case to the CEO or CFO for their legal department’s membership, what would you say to them?

Liu: I would have a couple of pieces of advice. One is that hopefully the company the general counsel works for truly values and supports diversity in a broader sense within their own company. Not just the legal staff, but diversity among employees of the company across the board. Legal departments in that setting essentially support the larger goals of the company when it comes to diversity. I think legal departments that are part of larger corporate diversity goals are far more effective when it comes to implementing diversity programs in the legal department. Number two, most companies actually have something called a supplier diversity program, meaning that they want more suppliers of services or products to the company to be diverse. A law firm is essentially a supplier of services to a company, which would be consistent with the larger supplier diversity program – and for law firms, they can be diverse either because it’s a woman- or minority-owned firm, or in a majority-owned firm they have lawyers who are diverse.

How can general counsel and law departments make sure that women and other minorities of all kinds are actually working on their matters and being given opportunities at the law firm?

Liu: One, they have to become both a cheerleader of diversity as well as a spokesman, so that the law firms who work for the company hear them loudly and clearly. That’s first and foremost. Number two, many large companies actually have surveys that they send out to law firms that not only require law firms to produce the numbers that reflect their commitment to diversity but also show the results of diversity programs – how many lawyers are women, how many lawyers come from diverse backgrounds, how many of them are partners versus associates, and in some cases how many of the lawyers who actually work on your matters are diverse.

Liu: Diversity programs, whether at small or large companies or at law firms, are a never-ending journey, and everybody starts at a different place. It is a marathon, not a sprint. I think that for everybody who is engaged in diversity, especially in the practice of law, which is not necessarily known for its speed in terms of the evolution of its business model, it’s important to recognize that the journey itself is as important as the results. It can be frustrating, and it can feel like things are slow in arriving at the end game that everybody wants, but we will get there.

Don Liu is executive vice president and chief legal & risk officer for Target Corporation. He oversees all legal, risk and compliance, corporate governance, and governmental affairs matters for the company. He also serves as Target’s chief compliance officer and corporate secretary. He is a member of the American Law Institute and the National Asian Pacific American Bar Association, and he formerly sat on the Comcast Asian American Diversity Advisory Council and the boards of the Minority Corporate Counsel Association, where he served as chairman for two years, and MoreBank, an ethnic community bank he helped found. He can be reached at [email protected] 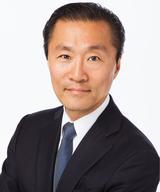