A hot topic in patent law concerns certain companies that do not make or sell any product or service, but instead focus on acquiring and monetizing patents through negotiated or litigated license fees. A recent Government Accountability Office (GAO) report estimated that one-fifth of all patent infringement lawsuits (most involved computer and communications technologies) are filed by patent owners that do not make or sell any products/services. These companies have been given many names, some less flattering than others: Non-practicing entities. Patent monetization entities. Patent assertion entities. Patent trolls. Options are being explored by Congress, courts and even the FTC for addressing perceived patent abuse by such entities while otherwise doing no harm to the U.S. patent system.

Addressing any “patent troll” problem requires understanding what types of entities we are talking about and, more importantly, the problem behavior itself. While the term “non-practicing entity“ or “NPE” is often used as a polite euphemism for “patent troll,” the moniker fails to distinguish beneficial innovating patent holders from problematic ones. For instance, is there any problem with a company that does not offer a product, but instead develops and licenses new technologies to companies that do? What about an unsuccessful, innovative startup that was unable to take its product to market, but could recoup some of its investment by licensing patents on its innovations? Universities are often at the cutting edge of innovation, though the universities themselves seldom, if ever, make or sell actual products. And that’s reasonable: universities focus on pursuing research and expanding the scientific frontier and then license their discoveries to operating companies that excel at making products and getting them into the public’s hands.

In contrast, concerns arise where a company exists for the sole purpose of purchasing old, untested patents to assert in lawsuits targeting independently developed products that have been offered to the public for years. The delayed assertion of a dormant patent threatens to remove technology already in the public’s hands and risks the patent owner leveraging an unreasonably high licensing fee given both the target company’s sunk costs in the current technology and the cost to switch to an alternative technology.

To understand the patent troll problem, the Federal Trade Commission (FTC) recently launched a study on patent assertion entities and their impact on innovation and competition. The study is partially fueled by concern that money recovered from certain patent enforcement activities is not incentivizing innovation because that money does not go to the original innovators. The FTC’s study specifically targets non-innovating, non-practicing patent monetization entities whose business model consists of purchasing patents and asserting them against persons who are already practicing the patented technology. The FTC’s definition of the patent troll problem, while not perfect, highlights key distinctions between problematic entities from other patent holders.

Non-Innovating. One characteristic of problematic entities is that they are not actively innovating new technology. Businesses that continuously generate intellectual property often face reputational concerns and incentives to license their technology at reasonable rates to encourage its adoption and continued future improvements thereof. Such licenses encourage the adoption of the businesses’ inventions and recoup R&D costs with the result that new products/services are placed into the public’s hands. In contrast, non-innovating patent holders are more inclined to adopt a take-the-money-and-run approach, seeking one-off licensing fees for an acquired patent based on technology that is already in the public’s hands.

Patent Monetizing. Entities whose sole business is purchasing patents to monetize raise other unique issues. Negotiating a license agreement is more difficult when the patent owner’s sole focus is money royalties, which reduces available negotiation points and flexibility to horse trade. For example, practicing entities may bargain for not only money, but also a cross-license, providing know-how beyond a bare patent license or other non-monetary consideration. Further, patent monetizing entities may seek to enforce dormant patents, i.e., patents that issued many years ago without being asserted by the prior owner. Sudden enforcement of dormant patents may lead to licensing fees higher than warranted due to the target entity’s sunk costs in using its existing technology and the high switching cost to transition to a non-infringing alternative.

Keeping in mind that an entity’s behavior is more important than its label, we use the convention patent assertion entity or (“PAE”) as shorthand to refer to non-innovating, non-practicing patent monetization entities whose behavior is the subject of the “patent troll” debate.

Many PAEs assert their patent rights without ever filing a lawsuit. A common tactic involves mass mailing license demand letters under the threat of litigation. These letters may not provide sufficient information about the patent or alleged infringement to allow the recipient to evaluate the PAE’s underlying claim. Further, the requested licensing fee may be set so that, although painful to pay, the fee is not so painful to justify the target company incurring the expense of thorough analysis or litigation.

Such letters are not a sure sign of litigation. The GAO estimates that roughly two-thirds of companies that reported receiving a demand letter from a non-practicing entity were not ultimately sued. Although demand letters do not always give rise to litigation, they may seek to take advantage of an end user’s lack of knowledge or sophistication surrounding the accused product. By way of example, a PAE may send a demand letter to hundreds of hotels, alleging that the wireless routers used at their facilities infringe a telecommunications patent held by the PAE, requesting a few thousand dollars per hotel. Such demands take advantage of an end user’s unfamiliarity with the technology and patents as well as lack of resources or incentive to engage in costly negotiation or litigation given the painful-but-not-painful-enough-to-litigate licensing fee requested.

Several approaches have been considered to combat such tactics. In the case of vague demand letters, pending patent reform legislation would prevent a patent owner from relying on a demand letter as proof that an accused infringer was on notice of the alleged infringement – which could support trebling damages for willful infringement – unless the letter explains with particularity how the accused device infringes the patent. Such requirements echo Vermont’s “Bad Faith Assertions of Patent Infringements” law, which provides an accused infringer with a cause of action against a PAE making bad faith assertions of patent infringement. In other states, recipients also have been successful in enlisting help from the attorney general’s office to combat mass-mailed demand letters.

Another PAE tactic is to sue end users of a technology to capture a greater revenue base for calculating damages. The PAE seeks a running royalty based on revenue generated from an end user’s continued use of alleged infringing equipment, rather than bring suit against the equipment manufacturer where damages may be limited to a one-time royalty on the equipment sale. For example, rather than go after a company that makes and sells a taco machine for a one-time royalty based on the machine’s cost, the PAE goes after a restaurant that uses the taco machine and seeks a running royalty payment based on money earned from selling the tacos.

A targeted end user may challenge the damages “base” to which a royalty rate would apply, focusing the royalty on the cost of the machine, rather than revenue generated from using the machine. An end user may also ask the court to invoke the common law “customer stay exception” that puts litigation against an end user of equipment on hold while the merits of the infringement action are litigated against the equipment manufacturer. Current proposed patent reform legislation seeks to codify such a stay. As a proactive measure, end users should seek indemnity provisions when purchasing equipment and tender defense to the equipment vendor in appropriate circumstances.

Another PAE tactic is based on acquiring older patents related to widely adopted technologies. PAEs will assert the previously dormant patents and seek a higher royalty rate than the patent may justify by leveraging the target company’s sunk cost in the technology and the high switching cost in deviating from established industry norms to avoid the patent.

To combat sunk-cost holdup, companies may raise laches or related equitable defenses aimed at protecting investments made while a patent owner (or prior patent owner) slept on its rights to enforce the patent. Those defenses may preclude past damages as well as permit continued royalty-free use of existing equipment. Further, sometimes PAEs may assert that their patent covers an industry standard, which allows them to go after an entire industry based on a simple review of publicly available information about industry standards. In those instances, a target company should investigate whether the PAE is bound by obligations that the prior owner made during the technical standard-setting process to license the patent on certain terms, such as reasonable and non-discriminatory (RAND) terms or, in some cases, royalty-free terms.

A classic PAE tactic leverages litigation costs to extract a settlement amount based more on the target company avoiding litigation costs than on the patent’s value. According to a 2011 AIPLA survey, the average fees and costs for defending one patent infringement lawsuit range from $650,000 to $5 million.

Consider discovery costs. A typical non-innovating, non-practicing monetization entity has only a small volume of materials and witnesses subject to discovery. In contrast, the accused infringer will almost certainly be faced with a larger discovery burden, having in its possession large quantities of documents and employee witnesses relevant to its products, sales, customers, etc.

A common approach to address “litigation cost holdup” is reducing litigation costs. The Federal Circuit recently encouraged courts to bifurcate liability from damages so that the expense of discovery and trial on damages is postponed – if not avoided altogether – if and until a patent is found to be valid and infringed and affirmed on appeal. Many courts also will consider staying district court litigation while a patent’s validity is challenged in the U.S. Patent & Trademark Office, which may moot some – if not all – of the litigation.

Further, many jurisdictions have local rules limiting discovery early in patent cases or requiring a party requesting documents beyond a set of preset categories (or “core” discovery) to pay for the production of those materials, alleviating some disparate litigation costs used to leverage settlement. Even where no local rule exists, parties may seek individual discovery orders entered in particular cases to include such cost-shifting arrangements, and current proposed patent reform legislation seeks to codify such cost shifting for all patent cases.

Legislation considered by Congress further proposes to codify awarding attorney’s fees to a prevailing party in a broader range of circumstances than under the current statute. Although the litigants must persevere through trial to recoup such fees, the risk of such an award may deter a PAE with questionable infringement claims.

In the words of Sun Tzu, “If you know the enemy and know yourself, you will not be imperiled in a hundred battles.” As patent reform and external efforts to curb the so-called “patent troll” problem continue, the most important way for a company to defend itself against PAEs is to understand their business model and monetization tactics. There is no universal strategy to most efficiently and effectively defend against the different types of problematic PAEs in today’s patent litigation suits. In order to save cost and avoid liability, a company’s defense strategies must selectively implement appropriate solutions that take advantage of the goals and weaknesses of the particular PAE. 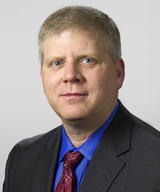 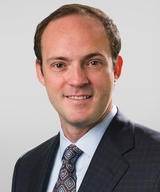