On June 27, 2013, the Second Circuit resolved a question of law that previously had been unsettled in this Circuit when it held, in In re IndyMac Mortgage-Backed Sec. Litig., No. 11-2998-cv(L), that the Supreme Court’s tolling rule established in American Pipe & Construction Co. v. Utah, 414 U.S. 538 (1974) — which provides that “the commencement of a class action suspends the applicable statute of limitations as to all asserted members of the class who would have been parties had the suit been permitted to continue as a class action,” id. at 554 — does not apply to the three-year statute of repose in Section 13 of the Securities Act of 1933, as amended, 15 U.S.C. § 77m (the “Securities Act”). As the Second Circuit emphasized in its decision, statutes of limitations and statutes of repose serve distinct purposes. Whereas the former limits the availability of remedies and may be subject to equitable tolling, the latter creates a substantive right protecting a party from liability for certain causes of action after a specific cutoff date and therefore is “subject [only] to legislatively created exceptions, and not to equitable tolling[.]” IndyMac, at 11-12 (citations and quotations omitted). The Second Circuit also held that members of a putative class, who are not named as parties in the class complaint, cannot use the “relation back” doctrine under Federal Rule of Civil Procedure 15(c) to revive untimely claims that were dismissed on jurisdictional grounds.

Subsequently, Detroit PFRS and five other members of the asserted class, who also were not named plaintiffs, moved to intervene in the consolidated action “to assert claims with respect to the Certificates that those entities had purchased, but which the named Wyoming plaintiffs had not purchased.” Id. at 7-8. Even though the three-year statute of repose on their claims set forth in Section 13 of the Securities Act had expired, these putative plaintiffs argued that the running of the statute had been suspended at the commencement of the class action under the tolling rule set forth in American Pipe and its progeny. Id. at 8. Alternately, the putative plaintiffs contended that their claims were not untimely because they “related back” to the filing of the consolidated complaint under Federal Rule of Procedure 15(c). Id. The district court refused to permit intervention under either theory, and in July 2011, three of the five proposed intervenors appealed the denial of their motions to the Second Circuit. Id.

In affirming the district court’s denial of the proposed intervenors’ motions, the Second Circuit first emphasized that the relevant three-year limitations period in Section 13 of the Securities Act is a statute of repose and, as such, is “‘absolute’ and not subject to equitable tolling.” Id. at 13. The Court then turned to the specific question of whether there was any basis to apply American Pipe tolling to Section 13’s statute of repose. At the outset of its analysis, the Second Circuit noted that “[t]he Supreme Court’s opinion in American Pipe does not explicitly state whether the Court was recognizing ‘judicial tolling,’ grounded in principles of equity, or statutory tolling (or ‘legal’ tolling), based on [Federal Rule of Civil Procedure] Rule 23 [governing class actions]” and that, on appeal, “[t]he parties make much of this distinction because . . . if American Pipe’s tolling rule is ‘equitable’ in nature, it does not apply to statutes of repose, whereas if it’s statutory or ‘legal’ in nature, it may.” Id. at 14. The Second Circuit also observed that subsequent Supreme Court decisions have not clarified the source of authority for the American Pipe tolling rule, that “[t]he Courts of Appeal are divided on this issue[,]” and that “[e]xperienced and capable judges of the district courts in [the Second] Circuit have similarly drawn disparate conclusions and are without consensus.” Id. at 14-15 (collecting cases).

However, the IndyMac court concluded that, whether classified as "equitable" or "legal," American Pipe tolling could not apply to the proposed intervenors’ claims. Id. at 15. The Court reasoned that the American Pipe tolling rule, if deemed "equitable," would not apply to Section 13’s three-year statute of repose because statutes of repose are not subject to equitable tolling. Id. Under the alternative view – that the American Pipe rule is a form of "legal" tolling under Federal Rule of Civil Procedure 23 – the Court reached the same conclusion, reasoning that the Rules Enabling Act, 28 U.S.C. § 2072(b), prohibits interpreting Rule 23 in a manner that would abridge, enlarge, or modify a substantive right, including the right to protection from certain securities liability afforded by Section 13’s three-year cutoff date. Id. at 16. Thus, the Second Circuit’s “conclusion [was] straightforward: American Pipe’s tolling rule, whether grounded in equitable authority or on Rule 23, does not extend to the statute of repose in Section 13.” Id. at 16.

The IndyMac decision focused on the applicability of American Pipe tolling to the three-year statute of repose set forth in Section 13 of the Securities Act of 1933. However, the rationale behind the Court’s decision would seem to apply with equal force to class actions implicating the five-year statute of repose for Section 10(b) and Rule 10b-5 claims under the Securities Exchange Act of 1934. Indeed, the Fifth Circuit recently noted in dicta that IndyMac would preclude the application of American Pipe tolling to extend the repose period in cases under Section 10(b) and Rule 10b-5.[3]

[1] Notably, the district court ruled on standing before the Second Circuit issued its decision in NECA-IBEW Health & Welfare Fund v. Goldman Sachs & Co., 693 F.3d 145 (2d Cir. 2012) (ruling that, in certain defined circumstances, purchasers of RMBS certificates have standing to assert claims on behalf of purchasers of certificates in other offerings). The lead plaintiff in IndyMac since has moved for reconsideration of the district court’s ruling insofar as it relates to claims that it would now have standing to assert under NECA-IBEW. Therefore, as the Court clarified, the Second Circuit’s decision in IndyMac “implicates only those claims and defendants as to which [the lead plaintiff] would lack standing under NECA-IBEW.” IndyMac, at 18 n.19.

[2] Limiting its analysis to the facts before it, the Second Circuit left unaddressed questions of whether “proposed intervenors, who were not parties to the proceedings below, may invoke Rule 15(c)(1) to become parties by amending the complaint of a party” and “whether Rule 15(c) allows ‘relation back’ of claims otherwise barred by a statute of repose[.]” Id. at 17 n.18. 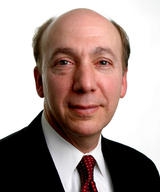 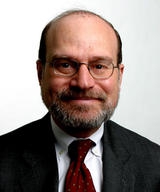 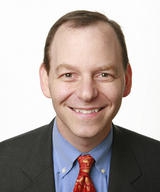 The economic challenges brought about by the sudden and wide-ranging economic impact of the coronavirus have resulted in boards facing unprecedented situations and challenges ahead. Directors, irrespective of whether appointed by a financial sponsor or other stakeholder, need to act in accordance with their fiduciary duties, as determined by, among other things, the laws of a corporation's state of incorporation and a corporation's governing documents.