More than three years after the JOBS Act was signed into law with bipartisan support, the Securities and Exchange Commission (SEC) voted to adopt final rules on equity crowdfunding.

Crowdfunding is a popular and growing means of raising money on the Internet, but it has generally not been used as a method of selling securities because doing so would trigger an arduous registration process under Section 5 of the Securities Act of 1933. Recognizing that regulatory relief could help small businesses and start-ups raise capital over the Internet more effectively, Congress passed Title III of the JOBS Act, which provides that certain specified crowdfunding transactions are exempt from registration. In order to qualify for the exception, the offering may not exceed $1 million during any 12-month period, and investors generally may not invest more than a specified percentage of their income into such offerings. Issuers must also satisfy certain public filing requirements. Such offerings must take place either through a broker-dealer or a new entity called a “funding portal,” which, like broker-dealers, must register with the SEC.

In October 2013, the SEC released proposed regulations implementing Title III. The final rules, adopted on October 30, 2015, reflect the more than 480 comment letters that the SEC received on the proposed rules.

Under the final rules, offerings exempt from registration under the rules must resemble the kind of crowdfunding enterprises that most Internet users are used to in a nonsecurities context. Issuers relying on the crowdfunding exception must disclose their target offering amount, the deadline to reach the amount and the intended use of the offering proceeds. The issuer must also file progress updates once it receives commitments of 50 percent and 100 percent of the target offering amount. If the amount of investment commitments does not equal or exceed the target offering at the deadline, no securities will be sold, and all investment commitments will be canceled. Investors may cancel their commitment until 48 hours prior to the deadline.

The rules also regulate the funding portals and other intermediaries through which such offerings must be conducted. Intermediaries must actively implement measures to reduce the risk of fraud and furnish educational materials to investors. Furthermore, as with many crowdfunding websites outside of the securities context, intermediaries must provide communication channels that enable investors to communicate with one another and with the issuer. Overall, the rules require intermediaries to act as both facilitators of information and gatekeepers against possible misrepresentations.

Funding portals will be required to register with the SEC by completing a Form Funding Portal. The Form ID will be amended to allow funding portals to obtain access codes to file on the EDGAR System.

As repeat players in the market, broker-dealers and funding portals are well-positioned to know what to look for and help ensure that the offering complies with the law. To that end, today’s rules permit a broker-dealer or a funding portal to rely on the representations of the issuer unless the intermediary has reason to question the reliability of those representations. While I might have preferred stronger language, I am cognizant of the challenges in setting out a more proscriptive standard at this time.

On the opposite end of the spectrum, Commissioner Michael S. Piwowar, who dissented from the vote, felt that the rules were still too cumbersome in some respects:

[T]he majority of the Commission has exercised discretion to make capital raising using crowdfunding even more difficult. In a change from the proposal, the rules will limit the ability to invest in crowdfunding opportunities based on the lesser of annual income or net worth. Because the majority of the Commission cannot trust ordinary Americans – the non-accredited investors – to be able to exercise appropriate judgment in how to spend or invest their resources, our rules will now place smaller limits on the amounts that can be invested. Rather than actually protecting investors, these smaller limits will discourage legitimate companies from engaging in crowdfunding, while simultaneously encouraging less reputable actors to use affinity-based solicitation methods akin to multilevel marketing, a development that could stifle crowdfunding efforts. 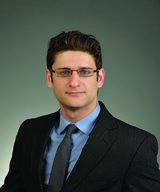 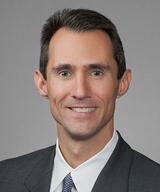 Neil Barlow, legal consultant with Clifford Chance, brings to light private investment in public equity (PIPE) transactions and includes a download that provides an overview of considerations when executing such transactions.