Scientists Need To Recognize The Importance Of The Law: Without The Atlantic Legal Foundation, This Would Not Have Happened

Dr. Wilson is past Director of the University’s Regional Center for Global Environmental Change. He also served as Chair of the Department of Physics at Harvard and was Chair and is currently a Member of the visiting committee to the Department of Radiation Medicine at Massachusetts General Hospital.

Dr. Wilson is a founder of the Society for Risk Analysis and is a pioneer in the field of risk analysis. His areas of expertise include elementary particle physics, radiation physics, chemical carcinogens, air pollution, groundwater pollution by arsenic and human rights. He has been a consultant to the United States government and the governments of numerous foreign countries on matters of nuclear safety, toxicology, epidemiology, public health and safety, and risk assessment.

Dr. Wilson is the author or coauthor of more than 930 published books and papers and is the recipient of numerous awards.

The photo was taken with Dr. Wilson’s camera in January 1992 by the head of state of Belarus, Professor Stanislaw Suskevich, when they founded what became the International Sakharov Environmental University.

I would like to thank the ALF for this award. I do want to make one correction. It implies that I have been a strong supporter of ALF. It’s really the complete reverse of that. ALF has done a great deal to support something I’ve been trying to push for 40 years, which is that scientists need to recognize the importance of the law. Without the ALF, this would not have happened.

Most scientists don’t realize the importance of the law. It is clear that they think that their work is important, which it probably is, and they write scientific papers, which someone looks at occasionally – and they might even get politicians to accept them. They often say that scientific truth is what matters. I didn’t realize for quite a long time that what matters is not always what the scientists say in their papers, but what the courts say. The implication of that realization is that you’ve got to persuade the court to reach the right result.

Back in 1960, there was a realization that two things were quite dangerous – one of these was cigarette smoking, and my father died of that, and the other was exposure to asbestos. A leading physician named Irving Selikoff wrote a scientific paper (which has been corrected and modified over the years) with a man named Herbert Seidman that pointed out that lung cancer is not very common if you don’t have exposure to both these things.

In their paper, Selikoff and Seidman mentioned that a heavy cigarette smoker has ten times the chance of getting lung cancer; that nonsmokers exposed to asbestos have three times the risk of getting lung cancer; and that the risk for those who are exposed to both rises to 30 times. It is clear that cigarette smoking is much more dangerous by itself than asbestos is. That’s the risk assessment. However, there is a fundamental distinction between risk assessment and risk management. Thus, the outcomes for companies managing those risks can be quite different. Johns Manville, which was responsible for managing a lesser risk (asbestos) sank into bankruptcy, while Philip Morris, which managed a greater risk (cigarettes), is still going strong.

In some situations, the risk assessment of the American public plays an important role. This is illustrated by its shifting attitudes about nuclear power. Up until about 1970, it enjoyed strong public support, but then public opposition began to grow even though nuclear power was becoming sensible and economic. I then focused my life on trying to persuade people that nuclear power was a better alternative than power generated by fossil fuels, which create more air pollution.

It was about 1985 when I was introduced to the ALF. I worked with ALF in developing a brief directed against Governor Mario Cuomo’s efforts to shut down the Shoreham nuclear power plant, which was then operating at very low power and had been given a license by the Nuclear Regulatory Commission to go full power. Although this brief failed in the New York court of appeals 3 to 2 and led to abandonment of the plant, it led to other things, in particular, the Foundation’s role in discussing the role of expert witnesses in court cases. Normally, a witness can only testify with respect to something he or she has personally seen and/or heard. An expert witness can use his or her expertise to diverge from what he or she actually personally experienced. This came up in the Supreme Court in three different cases, and I was very honored to be able to help the ALF draft the brief in each one of those three and find distinguished scientists to support us. The fact that ALF did this was absolutely fantastic.

Other cases followed, and in the last 20 years we (ALF and myself) developed a procedure for submitting a brief of amicus curiae on behalf of distinguished scientists, often with Nobel prizes; it was used in about 20 cases where an expert witness abused his privilege and used “junk science.” It takes work, but I do this pro bono, and I am proud of it and hope ALF is too. 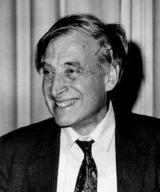