Saudi Arabia: An Economy on the Up

Saudi Arabian authorities have encouraged that this influx be reinvested in the Saudi domestic economy to promote more growth and sustainability. The 2014 budget of US$228 billion is the largest in the history of the country and contains massive expenditures for education and healthcare, two areas of focus for the government and for investors into the country.

In a long-expected and very welcome move, the Saudi Arabian government announced in July 2014 that it plans to open the Saudi Arabian Stock Exchange to direct investment by foreigners. As of the end of July 2014, the Saudi stock market was capitalised at approximately US$531 billion. At the same time, the Saudi Arabian Capital Market Authority (CMA) has been encouraging many of the country’s blue-chip companies to list.

The government has empowered forward-thinking regulators that have implemented relatively clear, stable and predictable funds and capital-markets regimes. It is encouraging to many investors and commentators to see the Saudi Arabian markets opening up. As a result, it is widely expected that MSCI will add Saudi Arabia to its indices in 2015, in particular to the emerging market index, a move that would potentially foster more growth and lead to a greater influx of capital into the country’s markets.

The Kingdom is also upgrading its infrastructure with the concurrent development of high-speed rail and multiple metro projects in the major cities. Jeddah Economic Company has recently reaffirmed that it is proceeding with developing what is expected to be the world’s tallest building at over one-kilometer tall in the Jeddah area.

The Saudi Arabian government is encouraging significant investment into the Saudi Arabian economy, both from local investors and from foreign investors. The first half of 2014 witnessed four IPOs and a number of additional capital increases through rights issues. Some of the largest Saudi Arabian companies are preparing to go public during 2014: Saudi Arabian Basic Industries Corp (SABIC), the world’s largest petrochemicals group; The National Commercial Bank (NCB), Saudi Arabia’s largest bank; ACWA Power, a large developer of water and power projects; and Abdul Mohsen al-Hokair Group for Tourism and Development Co., a large owner, manager and operator of hospitality and entertainment assets in Saudi Arabia. The public offering of shares in NCB is expected to be the largest IPO in Saudi Arabia in the past dozen years.

In July 2014, it was announced that Saudi Arabia would open its capital markets to direct foreign investment. This move is expected to result in up to US$35 billion in foreign investment during 2015. In August, the CMA announced the initial draft of the Rules for Qualified Foreign Financial Institutions Investment in Listed Shares during the third quarter of 2014.

Historically, the majority of debt issues from Saudi Arabia have been in the form of sukuk, or Islamic bonds, and it is expected that this trend will continue. There has been a tremendous growth in sukuk, with US$14.15 billion of sukuk issued from Saudi Arabia in 2013, which accounts for 7.8 percent of global sukuk issuances in 2013. Sukuk issuances are regulated by CMA.

In 2013, there were no direct sovereign issuances, although the General Aviation Civil Authority issued a sukuk with government support. Sadara Petrochemical, which is owned by the Saudi Arabian Oil Company (Saudi Aramco) and Dow, also issued a multibillion-riyal sukuk. The sukuks have been predominantly domestic, Saudi Arabian riyal-denominated, and privately placed issuances in Saudi Arabia.

The current population demographics of Saudi Arabia are significant in supporting the demand for property mortgages, auto loans, and general personal borrowing. It is expected that retail lenders will inevitably need to tap the international capital markets to meet the potential increased demand for retail borrowing. The growth of the domestic market should also encourage the expansion of business interests that may require access to debt capital markets to help finance them. A number of Saudi Arabian banks are considering sukuk to meet required capital adequacy requirements.

Saudi Arabia is home to the largest number of investment funds domiciled in the Gulf Cooperation Council (GCC). With the support of CMA and other Saudi government institutions, funds and asset managers are diversified from real estate into other parts of the economy, with a particular focus on listed equities. Additionally, managers are being encouraged to reinvest capital and proceeds into Saudi Arabia rather than deploying funds into foreign investments.

CMA has increasingly scrutinized blind-pool investment funds and real estate development funds. Due to this heightened scrutiny, there has been a significant shift toward single asset funds, particularly single asset real estate funds with very limited numbers of investors. We note, however, a dramatic increase in the number of funds that are fully subscribed, particularly income-producing funds. We are also increasingly seeing the fund structure being utilized to invest in logistics, healthcare, and education assets, as well as a renewed interest in venture capital funds.

In May 2013, CMA issued draft Investment Funds Regulations, which it was intended would replace the previous Funds Regulations issued in 2006. CMA hoped this would provide clarity and encourage more managers to launch funds. Such have not yet been adopted.

CMA has intended for years to revamp the Funds Regulations to address problems of investor protection, which arose during the financial downturn, and to cover the launches of a diverse range of new funds, many of which were not contemplated by the 2006 Regulations. Many, but not all, of the uncodified procedures and stances taken by CMA have found their way into the draft regulations.

We continue to see a growth in financings in the Kingdom. New regulations and procedures have improved the ability of lenders to enforce promissory notes and record pledges in regards to moveable property in addition to listed shares. The liquidity in the banking sector has resulted in lenders actively competing against each other for the largest energy, development, and real estate projects in the Kingdom. We have witnessed a dramatic increase in Saudi Arabian lenders providing financing to CMA funds that are developing large-scale real estate projects. We have had the opportunity to work on financings in relation also to significant financings of ships, dredgers, ports and mega-energy-related project financings in the Kingdom. Most of such financings continue to be on a Shari’ah-compliant basis. 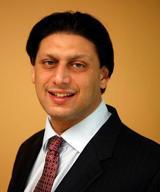 During the unprecedented events of 2020, some may have forgotten about the upcoming phaseout of LIBOR at the end of 2021 – but now is a good time for borrowers to refamiliarize themselves with the potential ramifications of the change.

What happens when “the most important number in finance” is eliminated? With the impending retirement of the London Interbank Offered Rate (LIBOR), financial institutions around the world are now faced with that question.